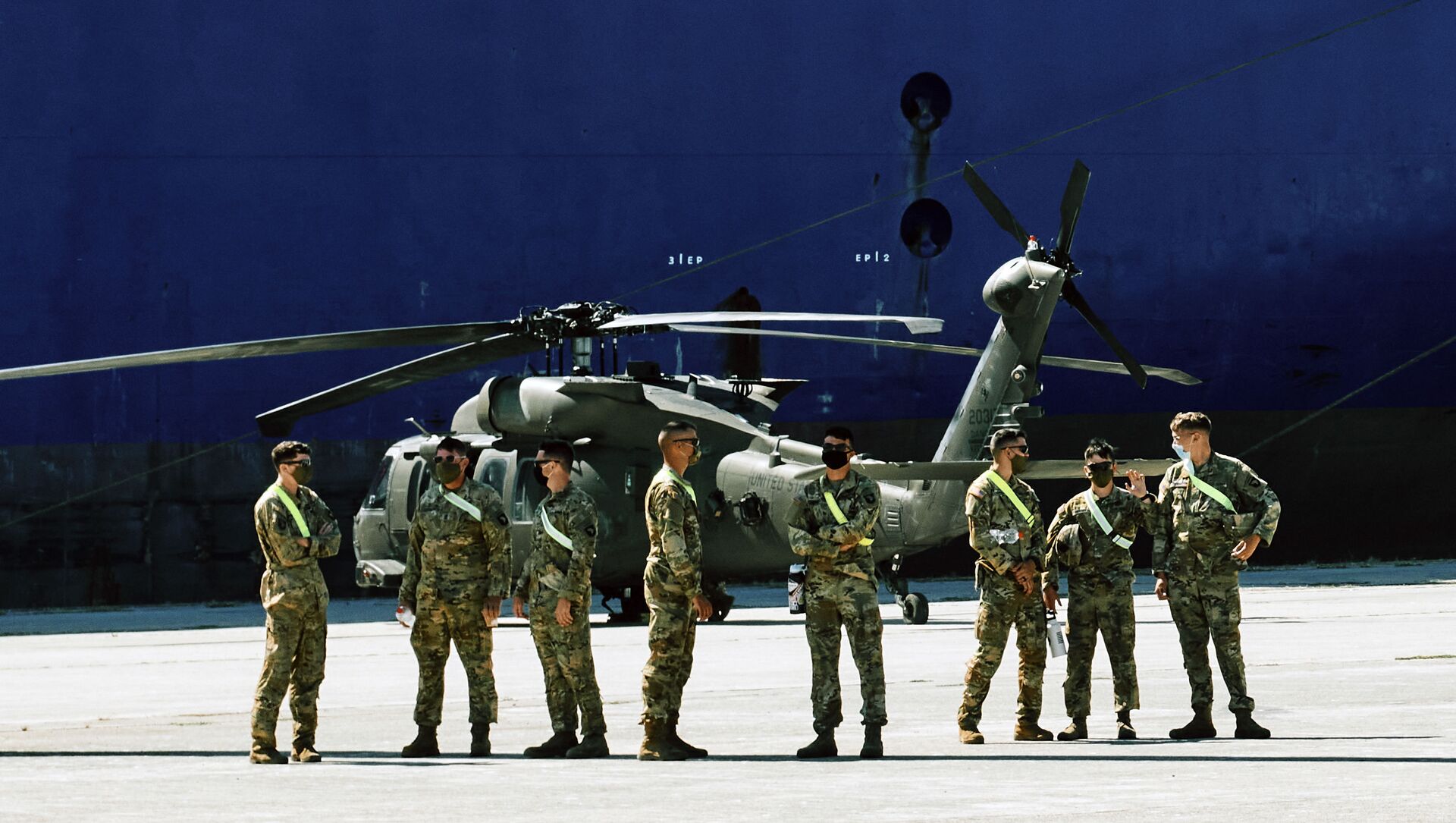 Alexandra Kashirina
All materialsWrite to the author
Experts had been predicting that military spending would decrease as the coronavirus-related crisis has damaged big and small economies. Nevertheless, some reports suggest that the pandemic is unlikely to undermine long-term strategic trends started during the past decade.

Worldwide military spending in 2020 rose 2.6 percent, compared to 2019 figures, reaching $1.98 trillion, despite the harmful impact of the pandemic, the Stockholm International Peace Research Institute (SIPRI) reported on Monday. The US, China, India, Russia, and the United Kingdom are named among those nations with the largest military budgets.

The report notes that the growth occurred amid a significant 4.4% decrease in global GDP, caused mainly by the pandemic, with the global military burden (as a share of global GDP) reaching 2.4 percent, and breaking the previous record of 2.2 percent. This is the highest military expenditure since the severe financial crisis of 2008-9.

According to one of the report's co-authors, Diego Lopes da Silva, the statistic was unexpected, as the coronavirus-related crisis that hit countries across the world made experts assume that "military spending would decrease".

"But it's possible to conclude with some certainty that COVID-19 did not have a significant impact on global military spending, in 2020 at least", he said.

Despite the general trend, a number of countries showed military spending cuts, including Brazil and Russia, who allocated significantly less funds for military purposes in 2020 than originally planned.

"Other countries, such as Brazil and Russia, did not explicitly say this was reallocated because of the pandemic, but they have spent considerably less than their original budget for 2020", Lopes da Silva said.

The rating is headed by the US and China, which constitute 39 and 13 percent of worldwide expenditure respectively.

"This reflects growing concerns over perceived threats from strategic competitors such as China and Russia, as well as the Trump administration's drive to bolster what it saw as a depleted US military", co-author Alexandra Marksteiner noted.

Lopes da Silva also suggested that the "Biden administration has not given any indications that it will reduce military spending".

Earlier reports alleged that military spending would significantly decline this year in regions depending on commodity exports, according to Janes, an agency for open-source defence intelligence.