Get in Formation: Trump Says Republican Candidates Should Embrace MAGA 'If They Want to Win' 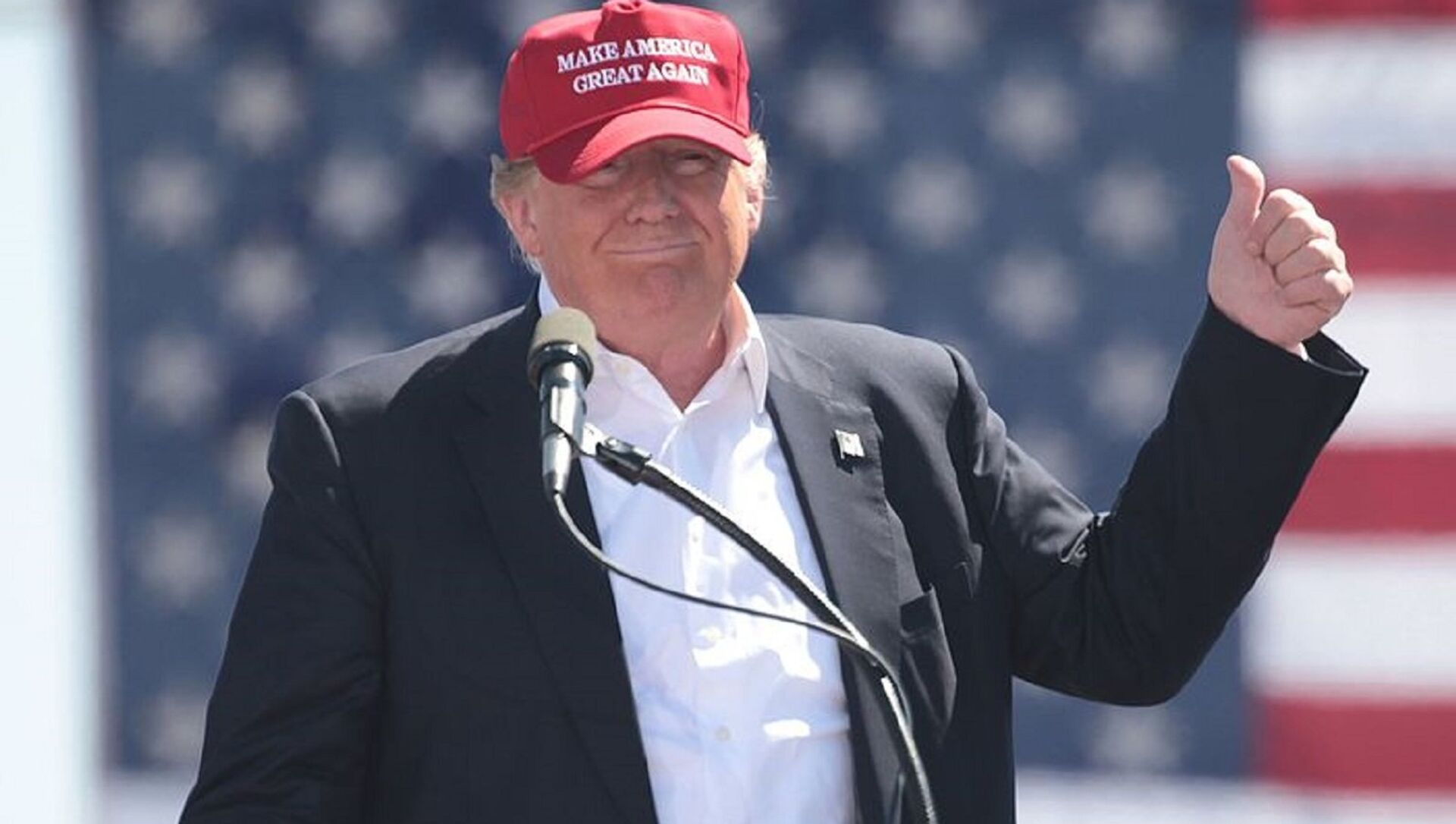 Evan Craighead
All materialsWrite to the author
Despite leaving office earlier this year, former US President Donald Trump has retained strong standing in the Republican Party. Additionally, several GOP lawmakers and politicians have remained supportive of both Trump and his 'Make American Great Again' (MAGA) agenda, including Florida Governor and rumored 2024 presidential hopeful Ron DeSantis.

In his first major TV interview since leaving the White House, Trump told Fox News' Sean Hannity that the Republican party - which some argue is fractured between MAGA loyalists and classic conservatives - needs to become united behind the MAGA agenda to retake Congress in 2022 and beyond.

"Should this now be the Republican Party agenda?" Hannity asked during the hour-long interview which aired Monday night. "Should anybody that wants to run for the House or the Senate -- should they take this 'Make America Great' agenda and fight for those things that you fought for the four years you were president?"

"If they want to win, yes," Trump stated.

"We’ve expanded the Republican Party. If you want to win and win big, you have to do that. You have to do it," he added.

The broadcast of Trump's interview came days after the former US president was seen having dinner with Florida Governor DeSantis, who is also a Republican.

The two were seen sitting next to each other during the Palm Beach County GOP's annual Lincoln Day fundraiser on Saturday night. The event was held at Trump's Mar-a-Lago resort.

While Trump has not communicated whether he officially plans to run in the 2024 presidential election, the former US president has been rubbing elbows with the likes of many Republican heavyweights, like DeSantis and South Dakota Governor Kristi Noem.

Noem, who is also a Republican, notably gifted Trump a $1,100 bust of Mount Rushmore that included his likeness.

"I knew that that was something that he would find special," Noem said in January, noting the $1,100 for the bust was paid for via private donations she solicited.