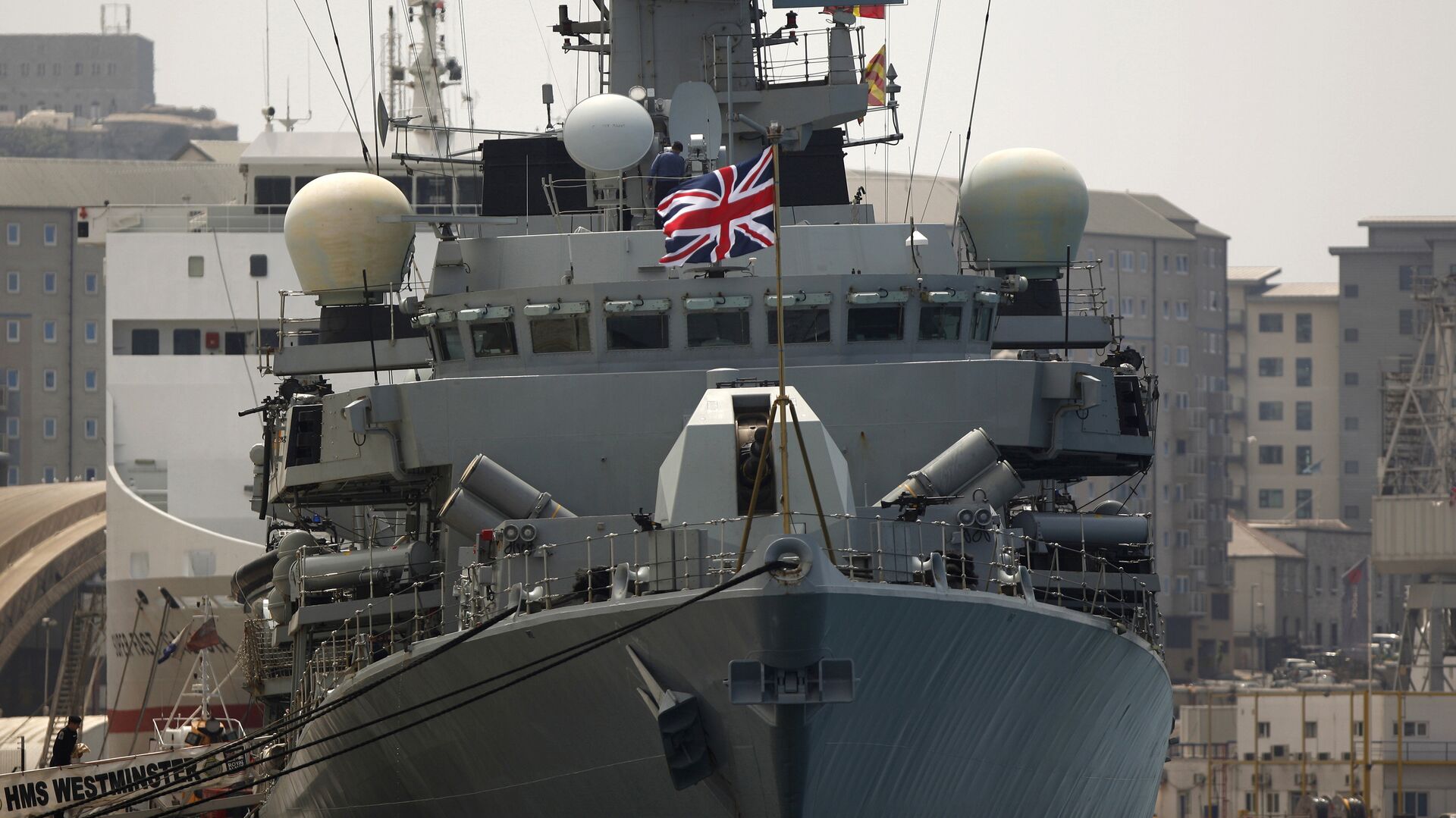 Finian Cunningham
All materials
The United States backed off sending two warships to the Black Sea last week after Russia warned of a naval showdown. Days later, however, Britain is reportedly stepping in with plans to send warships.

Talk about “Mad Dogs and Englishmen”, the proposed British military intervention is a reckless provocation in a situation that is already spiralling out of control.

Violence is exploding in Ukraine’s seven-year civil war between the NATO-backed Kiev regime and ethnic Russians in the eastern Donbas region; Russia has mobilized its army for defence drills, and the US and European Union are expelling Russian diplomats, and vice versa.

Then the British announce they are sending warships to the Black Sea in the coming weeks to “defend” Ukraine against alleged Russian aggression, according to media reports.

Moscow has declared it is going to close off parts of the Black Sea in Russia’s territorial waters to foreign shipping as part of defensive measures. This includes the sea around Crimea, the peninsula which joined the Russian Federation after a referendum in March 2014.

Since the US, Britain, and EU refuse to recognize Crimea as legitimate Russian territory – always referring to it as “annexed” by Russia from Ukraine – it is possible that British warships will try to ignore Moscow’s naval restrictions in the Black Sea. If an incursion occurs, it could spark a military confrontation between Russia and NATO-member Britain. Then in that case all bets are off for a wider war between nuclear powers.

The folly evokes the Charge of the Light Brigade when British cavalry was slaughtered during the 1853-56 Crimean War fighting against Russia.

The utter madness of it is highlighted by the social crisis unfolding in Britain from the coronavirus pandemic. Millions of people are out of work, the economy has tanked and the public health service is overwhelmed from over-worked and under-paid staff. The buffoonish prime minister Boris Johnson and his sleazy Tory government – scandalized by corruption and cronyism – are planning to slash £30 billion ($40 billion) from the National Health Service.

And yet in the midst of this social disaster, the British rulers are prioritizing the dispatch of warships “to confront” Russia in the Black Sea. The criminal recklessness of it is astounding. Of course, part to the logic is to distract public anger with an overseas adventure, in a time-honoured British imperialist fashion.

But there is also the effort by the British elite to promote “Global Britain” in the era of Brexit. That is, to revamp Britain’s image as a global power by conjuring notions of “Rule Britannia, Britannia Rules the Waves". There’s nothing like a bit of swashbuckling and sabre-rattling to burnish British national pride and advertise Britain as a relevant global player.

The corrupt and inept British rulers are exploiting the conflict in the Ukraine and tensions with Russia as a vanity opportunity to project British “Greatness”.

In a recent foreign policy review, the British government labelled Russia as “an acute threat”. And it made all sorts of bravado statements about “deterring” Russia’s “hostility”. Moscow slammed the British depictions as baseless slander, demonizing Russia without any foundation.

Britain has already sent naval forces to “support” the Kiev regime and recently deployed SAS commando units to back the Ukrainian army in its fight against ethnic Russians defending their Donbas territory.

It is also indicative of British dirty tricks that the latest claims by the Czech Republic of Russian malign conduct were prompted by an investigation by Bellingcat, the supposed private media group. Bellingcat (or rather more appropriately “Smellingrat”) is a front for British MI6 military intelligence. The Brits are claiming that the alleged Russian operatives were the same men who were allegedly involved in poisoning Sergei Skripal in Salisbury, England, in 2018.

The tenuous accusations against Russia, which Moscow has condemned as a “dirty fabrication”, have led to the expulsion of Russian diplomats from the Czech Republic and calls for more expulsions across the European Union. The tit-for-tat sanctions on diplomats is provoking tensions that already are inflamed over Ukraine.

Britain’s foreign minister Dominic Raab said: “The UK stands in full support of our Czech allies, who have exposed the lengths that the GRU [Russian military intelligence] will go to in their attempts to conduct dangerous and malign operations – and highlights a disturbing pattern of behaviour following the attack in Salisbury.”

The British are past masters in the black arts of disinformation and psychological warfare. Doubtless, the British ruling class sees an opportune way to advance British interests in today’s economically challenging climate – especially post-Brexit and with the pandemic raging – by posturing as a “defender of democracy” against “evil Russia”.

It’s a cynical morality play that the British establishment is expert at. But their cynicism – as seen in sowing two world wars – is once again endangering global security and peace.