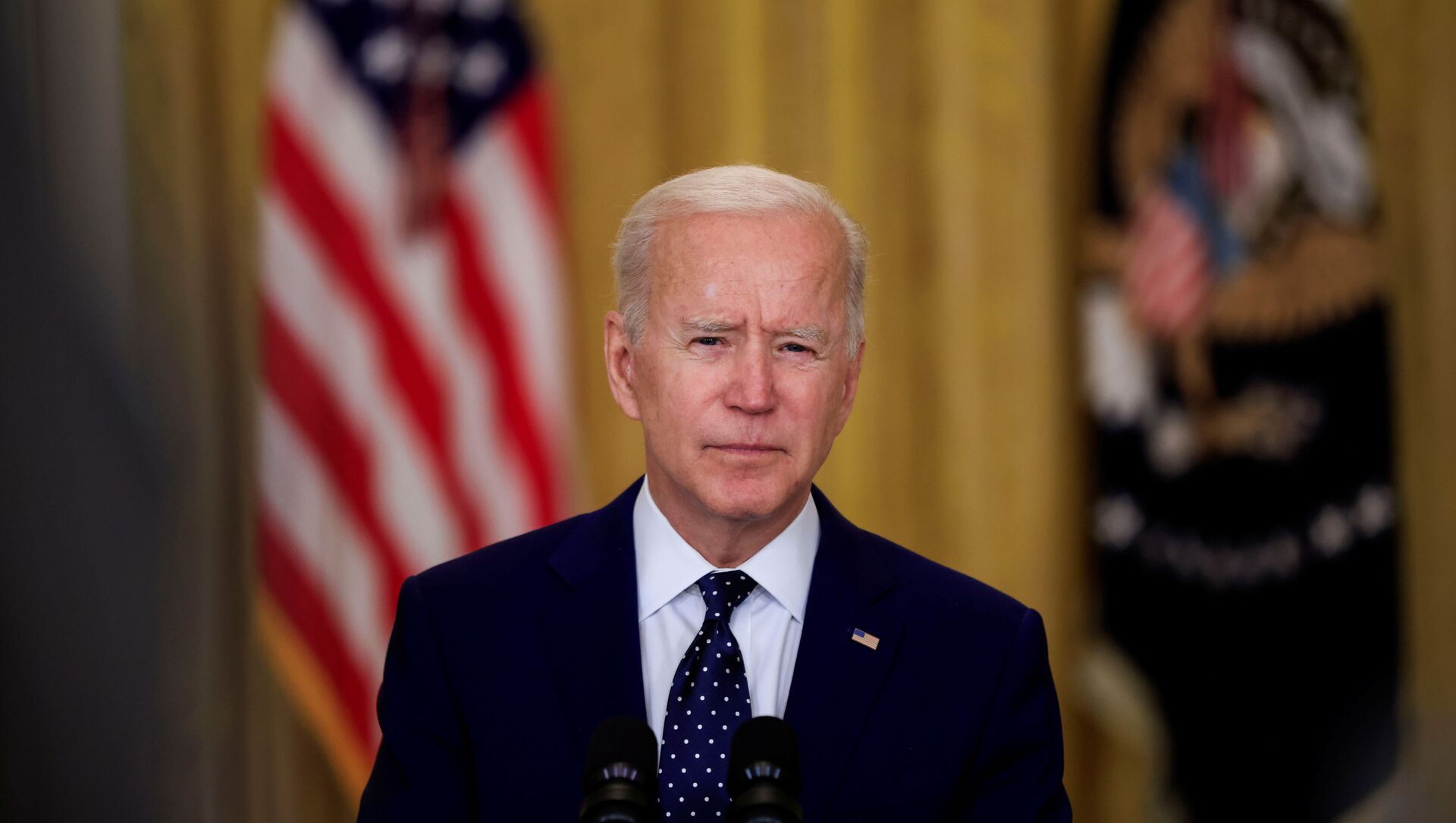 Gaby Arancibia
All materialsWrite to the author
Earlier, the Biden administration imposed multiple sanctions on a variety of Russian entities and individuals over their alleged interference in the 2020 presidential election, as well as their purported involvement in the SolarWinds hack that infiltrated government networks.

US President Joe Biden declared in a Thursday White House address that he would have taken more severe action against Russia over their alleged interference in the 2020 election and the SolarWinds hack, but instead opted for a more commensurate response.

Biden told reporters that he had relayed his stance to Russian President Vladimir Putin, informing the world leader that the US "could have gone further but I chose not to do so, I chose to be proportionate."

“If Russia continues to interfere with our democracy, I’m prepared to take further actions to respond. It is my responsibility as president of the United States to do so," Biden underscored. However, the commander-in-chief also emphasized that he has no intention to "kickoff a cycle of escalation and conflict with Russia."

"When I spoke to President Putin, I expressed my believe that communication between two of us personally and directly was to be essential in moving forward to a more effective relationship and [Putin] agreed on that point," Biden recalled, highlighting that he wants a "stable, predictable relationship" with Moscow.

"My hope and expectation is we'll be able to work out a modus vivendi, and what is important is that we have direct talks and that we continue to be in contact."

“When President Putin called me in January after I was sworn in to congratulate me, I told him that my administration will be looking very carefully now that we have access to all the data at the issues to assess Russia’s role and then determine what response we would make,” he added.

Russia Warns of Looming 'Consequences' as US Delivers Russian Sanctions.

Biden's late Thursday remarks came after Maria Zakharova, who serves as the spokesperson for the Russian Foreign Ministry, warned that the US would suffer "consequences" for "their hostile steps, which are increasing the confrontation between our countries to dangerous levels.

"Such a course, as has been repeatedly stressed, does not serve the interests of the people of the world's two leading nuclear powers, which bear historical responsibility for the fate of the world," she said, addressing the US' recent move to implement sanctions on over 30 Russian entities and individuals.

At the time, Zakharova also noted that the US' "aggressive behavior" would "inevitably ... [receive a] decisive rebuke."

The US government imposed sanctions on approximately 32 Russian entities and individuals for their alleged interference in the 2020 US presidential election and the purported hacking of US software supply chain networks. Russia has repeatedly refuted all accusations of its engagement in US elections meddling, cyberattacks and the poisoning of Russian opposition leader Alexei Navalny.