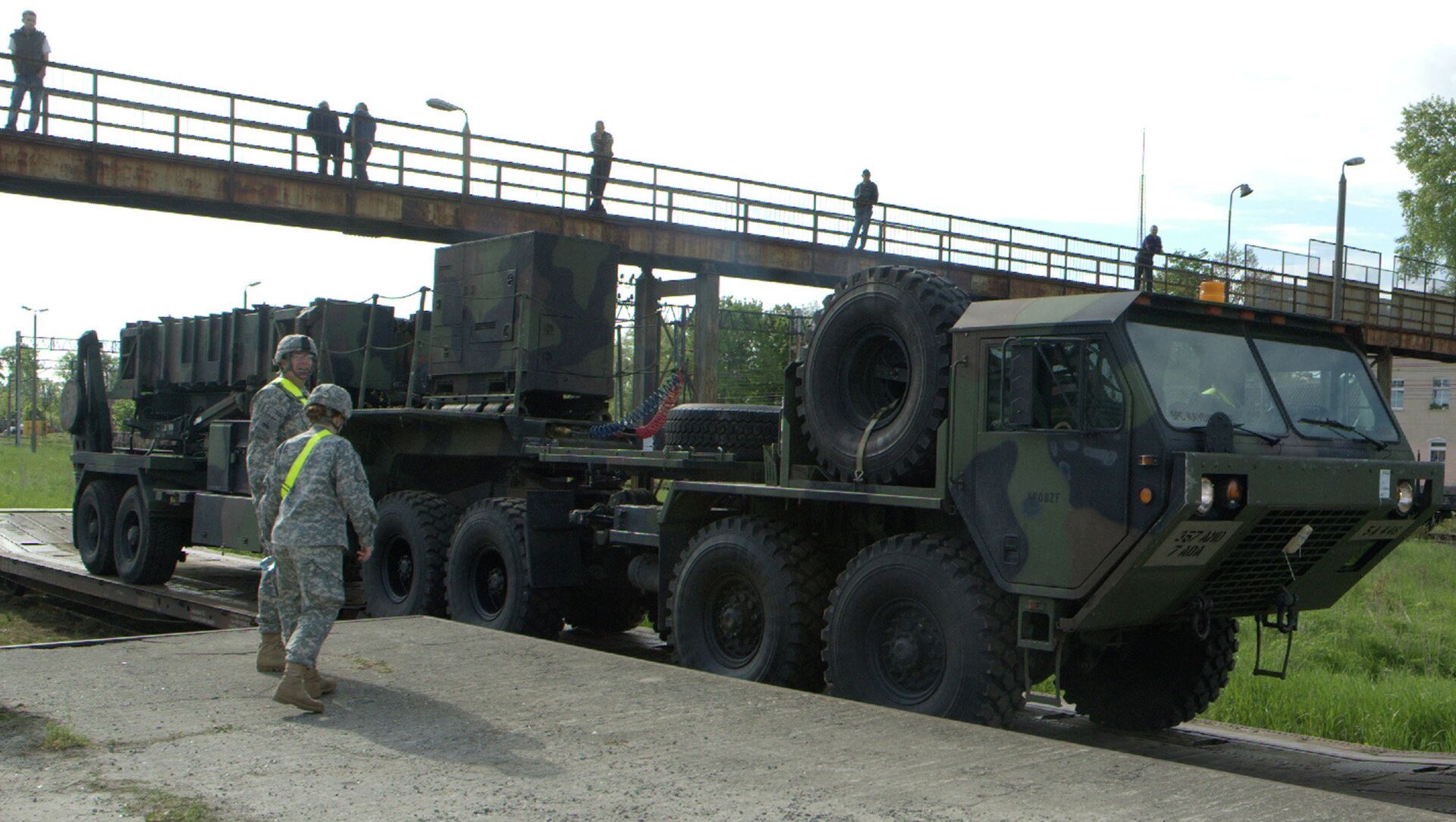 Ilya Tsukanov
All materialsWrite to the author
The Biden administration ramped up the delivery of military aid to Ukraine in early March, committing $125 million for patrol boats, counter-artillery radar, and satellite intelligence assistance. Weeks after the aid was announced, militia forces in Ukraine’s breakaway eastern regions sounded the alarm about a possible new offensive by Kiev.

Andriy Yermak, chief of staff of Ukrainian President Volodymyr Zelensky’s administration, has urged the US to deploy its Patriot missile systems in Ukraine, instead of Poland, to ‘defend the West’ against Russia.

“Ukraine is holding the line against Russia, not just for us, but for the West,” Yermak said, speaking to Time magazine. “And where does the US deploy its Patriot missiles? The closest ones are in Poland. They should be here,” he added.

Zelensky himself recently urged NATO to speed up Ukraine’s accession to the bloc, telling alliance chief Jens Stoltenberg last week that “NATO is the only way to end the war in Donbass,” and that Ukraine’s NATO membership action plan would “be a real signal for Russia,” whom he accused of ongoing “aggression.”

NATO’s membership rules do not allow for any country suffering from civil conflict or external territorial disputes to join the alliance until these disputes are resolved.

The US plans to begin the deployment of two batteries of Patriots in Poland in 2022, with Warsaw purchasing the systems for $5.5 billion. The Patriot deal was reached in 2018 after years of delays, and caused a minor political scandal amid reports that Warsaw would be paying significantly more than Romania had for its Patriots. Local defence observers also complained that the systems wouldn’t actually dramatically improve Poland’s military capabilities or boost security against Russian missiles such as the Iskander short-range ballistic missile system.

The Patriot is a long-range, all-altitude, all-weather air defence system designed to counter tactical ballistic and cruise missiles and aircraft. The system is built by US defence giant Raytheon, and has received several upgrades since its introduction into service in the mid-1980s. The system has been used by Israel in Syria (with limited success), and by the Saudi-led military coalition in Yemen (again with limited success) against small drones and primitive ballistic missiles. In July 2018, an Israeli Patriot shot down a Syrian Sukhoi SU-22 fighter jet which it claimed crossed into its airspace. Syria said the plane was in Syrian airspace and carrying out airstrikes against terrorist targets. The systems were also used by the US in Iraq during the Gulf War in 1991, and during the US invasion in 2003. Their impact was questioned by a pair of researchers from the Massachusetts Institute of Technology and Tel Aviv University in 1992, with the researchers estimating that the systems had a shootdown rate of below 10 percent. 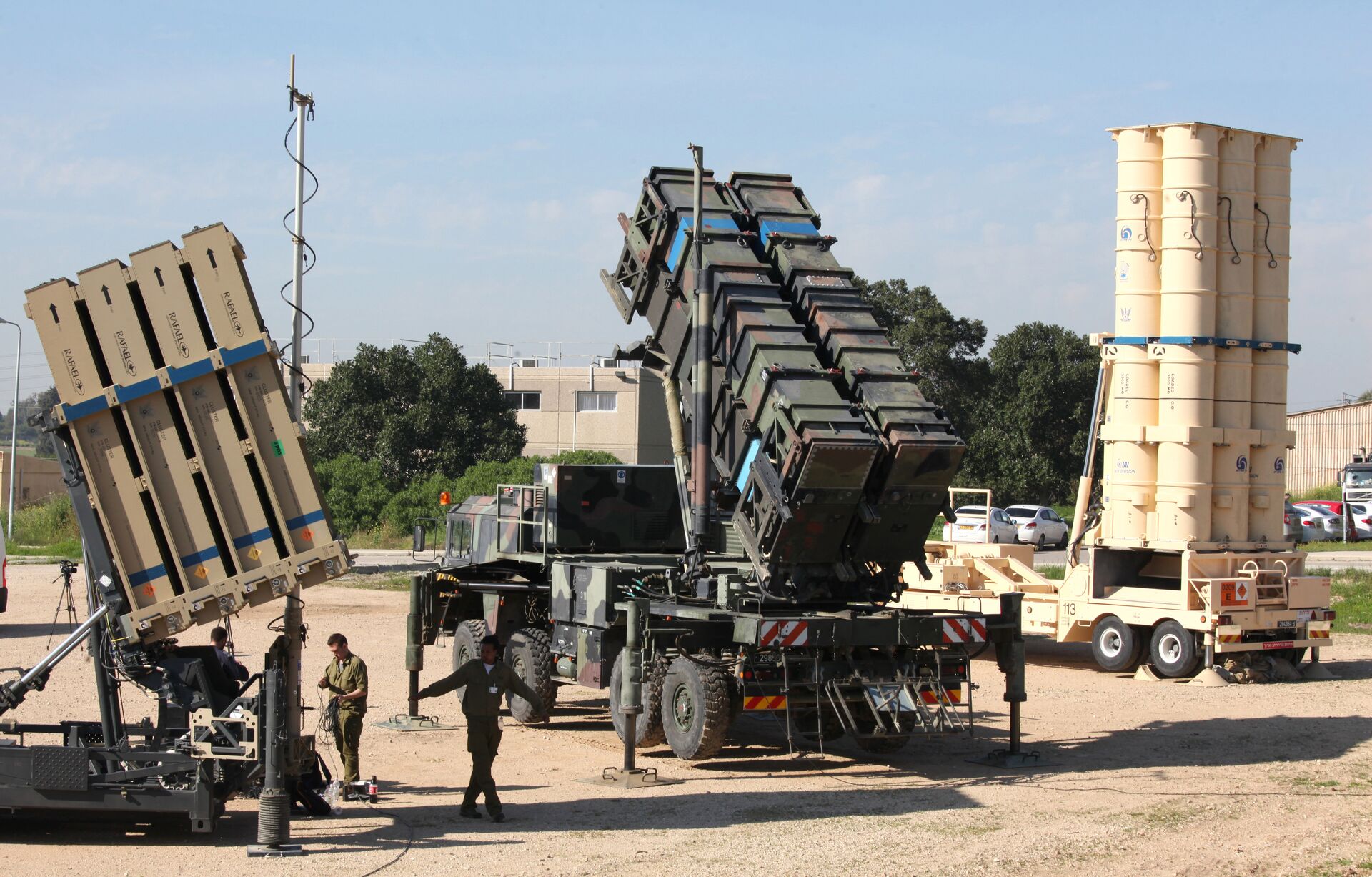 Israeli soldiers walk near an Israeli Irone Dome defence system (L), a surface-to-air missile (SAM) system, the MIM-104 Patriot (C), and an anti-ballistic missile the Arrow 3 (R) during Juniper Cobra's joint exercise press briefing at Hatzor Israeli Air Force Base in central Israel, on February 25, 2016. Juniper Cobra, is held every two years where Israel and the United States train their militaries together to prepare against possible ballistic missile attacks, as well as allowing the armies to learn to better work together.
© AFP 2022 / GIL COHEN-MAGEN

Recent months have witnessed an escalation of tensions between Kiev and the self-proclaimed republics of Donetsk and Lugansk, with authorities in the latter accusing Ukrainian forces of concentrating troops, tanks and artillery near the line of contact, and reporting provocations in the form of artillery strikes and sniper attacks, some of them targeting civilian areas.

Kiev, Its Western Sponsors Will Be to Blame for Any Worsening of Situation in Ukraine, Moscow Says
The spike in tensions came in the wake of the Biden administration’s approval of $125 million in new military aid to Ukraine in early March, with the Pentagon saying the assistance would provide “capabilities to enhance the lethality, command and control, and situational awareness of Ukraine’s forces through the provision of additional counter-artillery radars and tactical equipment; continued support for satellite imagery and analysis capability; and equipment to support military medical treatment and combat evacuation procedures.” The aid also includes two Mark VI patrol boats, on top of the six delivered earlier, as well as assistance to help bring the Ukrainian military into line with NATO standards.

The $125 million comes on top of $250 million approved by the Trump administration in 2020, with total ‘anti-Russia’ aid to Ukraine delivered since 2014 topping $1.85 billion. Previous deliveries included Javelin shoulder-fired anti-tank missiles, drones, radios, armoured Humvees and communications equipment, as well as training support. Both Trump and Biden approved the delivery of military aid to Ukraine, something that their predecessor, Barack Obama, refused to do.