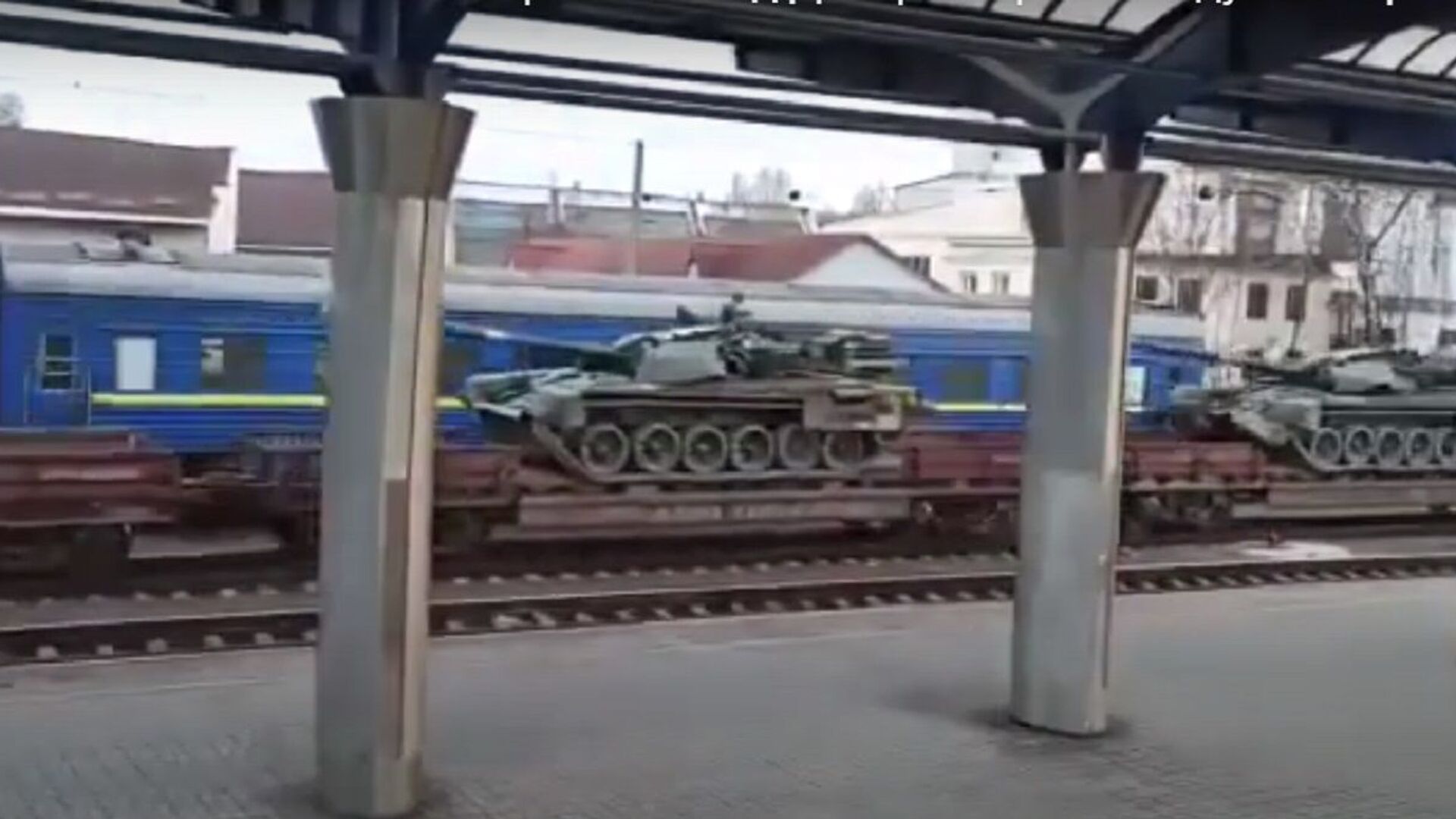 Andrei Dergalin
All materialsWrite to the author
The Russian Foreign Ministry's official spokeswoman bashed on Tuesday the television network for the apparent blunder in a report about the Ukrainain armed conflict, saying CNN correspondents in Moscow should devote more time to their professional duties instead of meddling in Russia’s public life.

Russian Foreign Ministry spokeswoman Maria Zakharova has delivered a sharp rebuke to CNN after the media outlet used a picture of Ukrainian tanks to illustrate an article about Russia’s purported war preparations.

"Dear CNN TV channel and its staff. We realize that you have no time for fact-checking, since you’re so immersed in ideological struggle for the triumph of liberalism," she wrote in a Facebook post. "But to present Ukrainian tanks at a Ukrainian train station, with Ukrainian train carriages in the background, as Russia’s preparations for war is a bit too much."

She also snarkily suggested that perhaps CNN correspondents in Moscow should devote more time to their professional duties rather than focus on participating in public life in Russia.

The CNN’s article in question was related to Ukrainian President Volodymyr Zelensky’s recent visit to Donbass, and featured a video depicting Ukrainian tanks on train carriages while the narrator speaks about a "dramatic buildup of Russian forces near the Ukrainian border" and about the emergence of cellphone footage of "military hardware being transported by rail".

The video fragment with the tanks appeared strikingly similar to a video that emerged on social media earlier this month, which a number of uploaders described as Ukrainian tanks being shipped to Donbass.

CNN has since apparently altered the video in question, as it now features a different footage of tanks being transported on a train, though the article’s text doesn’t seem to contain any reference to this change.

The situation in Ukraine’s restive eastern  Donbass region has deteriorated in the past few weeks, with Donetsk and Lugansk regional authorities and militia forces reporting an escalation of shelling attacks, bombings and sniper fire by Ukrainian forces.

Meanwhile, the US blamed Russia for allegedly stoking tensions in the region, and threatened to respond to Russian "aggression".

The armed conflict in eastern Ukraine broke out in 2014, shortly after the triumph of the Euromaidan coup in Kiev, when residents of the Donbass region refused to submit to the new authorities.