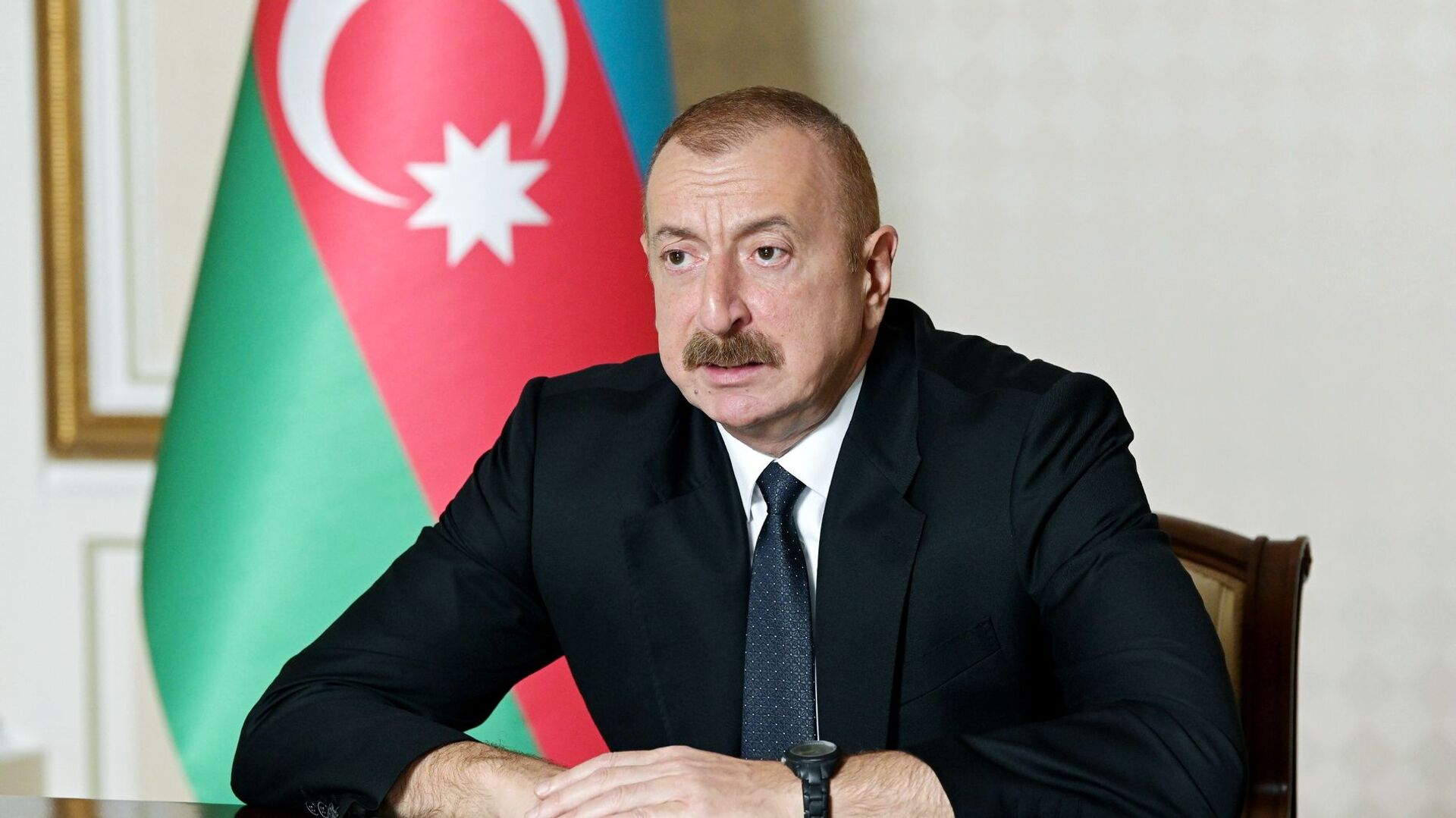 © Photo : Press-service of the Azerbaijani president
/
Go to the mediabank
Subscribe
International
India
Africa
BAKU (Sputnik) - Azerbaijani President Ilham Aliyev said on Tuesday that he is ready to sign a peace deal on Karabakh but does not see any reciprocal moves by Yerevan.

"I have already said that we are ready to sign a peace deal. But we do not see any reciprocal steps by Yerevan. On the contrary, the prime minister's statements and aggressive remarks by the foreign minister show their anti-Azerbaijani sentiment and anti-Turkey sentiment," Aliyev said at a conference on post-conflict cooperation.

Ilham Aliyev said that Baku has no military plans on the border with Armenia.

"You asked me what happens after the Russian peacekeepers leave the region. We have borders with Armenia in Tovuz and Zenglian. Our border troops are in close proximity to the Armenian side. Are there any incidents? No, there are not. There is no Armenian army in fact, it is demoralized. Our troops are just five meter sway from them. But we have no military plans," Aliyev said a a press conference on post-conflict development.

The Azerbaijani leader expressed concerns over Armenia's plans to modernize its army jointly with Russia.

"We have explained our position to our Russian partners. What for is this done?" Aliyev said.

"Any thought about revenge will be suppressed severely," Aliyev concluded.

In late September 2020, the decades-long Nagorno-Karabakh conflict between Armenia and Azerbaijan resumed, resulting in mass military and civilian casualties. The sides managed to reach a ceasefire deal in early November under the mediation of Russia, whose peacekeeping forces were deployed in the conflict zone.