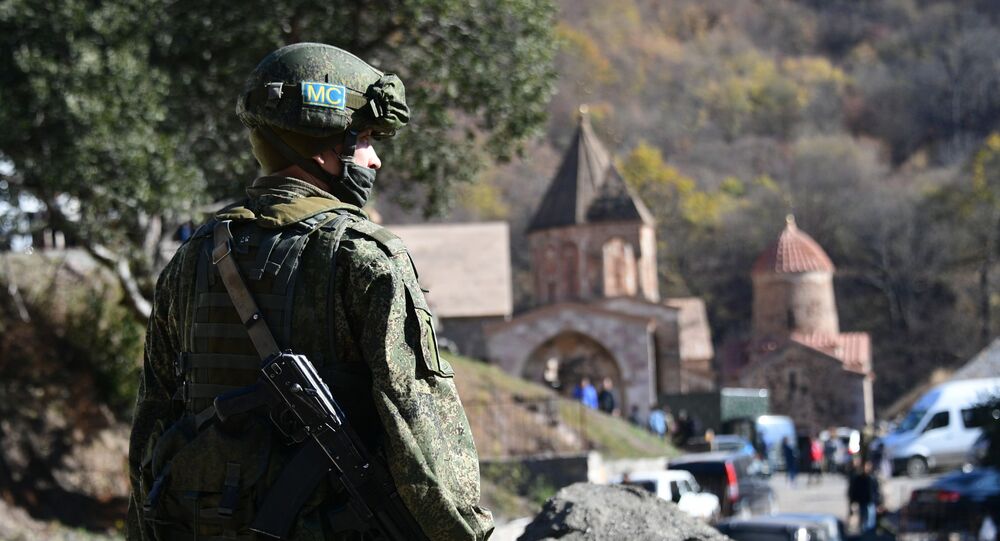 At the initiative of Russian President Vladimir Putin, negotiations between the Russian president, Azerbaijani President Ilham Aliyev, and Armenian Prime Minister Nikol Pashinyan will occur on 11 January 2021 in Moscow, a press release said. 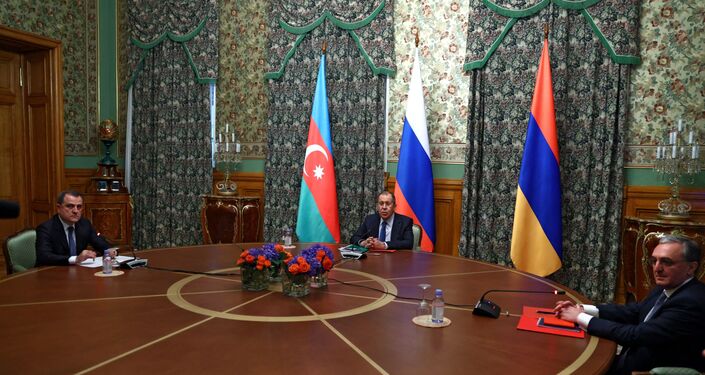 The three sides are due to discuss the course of the Nagorno-Karabakh settlement, as well as further steps in this direction.

"It is planned to discuss the progress of the implementation of the statement by the leaders of Azerbaijan, Armenia, and Russia on Nagorno-Karabakh from 9 November 2020 and further steps to resolve disputes in the region. Separate talks of Vladimir Putin with Ilham Aliyev and Nikol Pashinyan are planned", the Kremlin said.

© Photo : Russian Defence Ministry
Video of Russian Peacekeepers Deploying in Nagorno-Karabakh Conflict Zone Released
No documents on the Nagorno-Karabakh conflict settlement or any other territorial issues are scheduled to be signed at the upcoming meeting, Pashinyan's spokesperson Mane Gevorgyan said.

"In Moscow, the signing of documents on the resolution of the Karabakh issue or any other territorial disputes is not envisaged. If the talks are able to reach an agreement on the agenda, concerning the economic field, prisoner swaps, and the issue of those missing, it is possible to sign a joint statement after the meeting", Gevorgyan wrote on Facebook.

The Nagorno-Karabakh conflict between Armenia and Azerbaijan flared up in late September, resulting in military and civilian casualties on both sides. The hostilities ended after the sides agreed to a Russian-brokered ceasefire on 9 November. The deal resulted in the loss of most of the territories controlled by the self-proclaimed Nagorno-Karabakh republic and the deployment of Russian peacekeepers to the region.