Zarif: Iran Reserves Right to Do Whatever It Takes To Protect Its Citizens After Natanz Incident 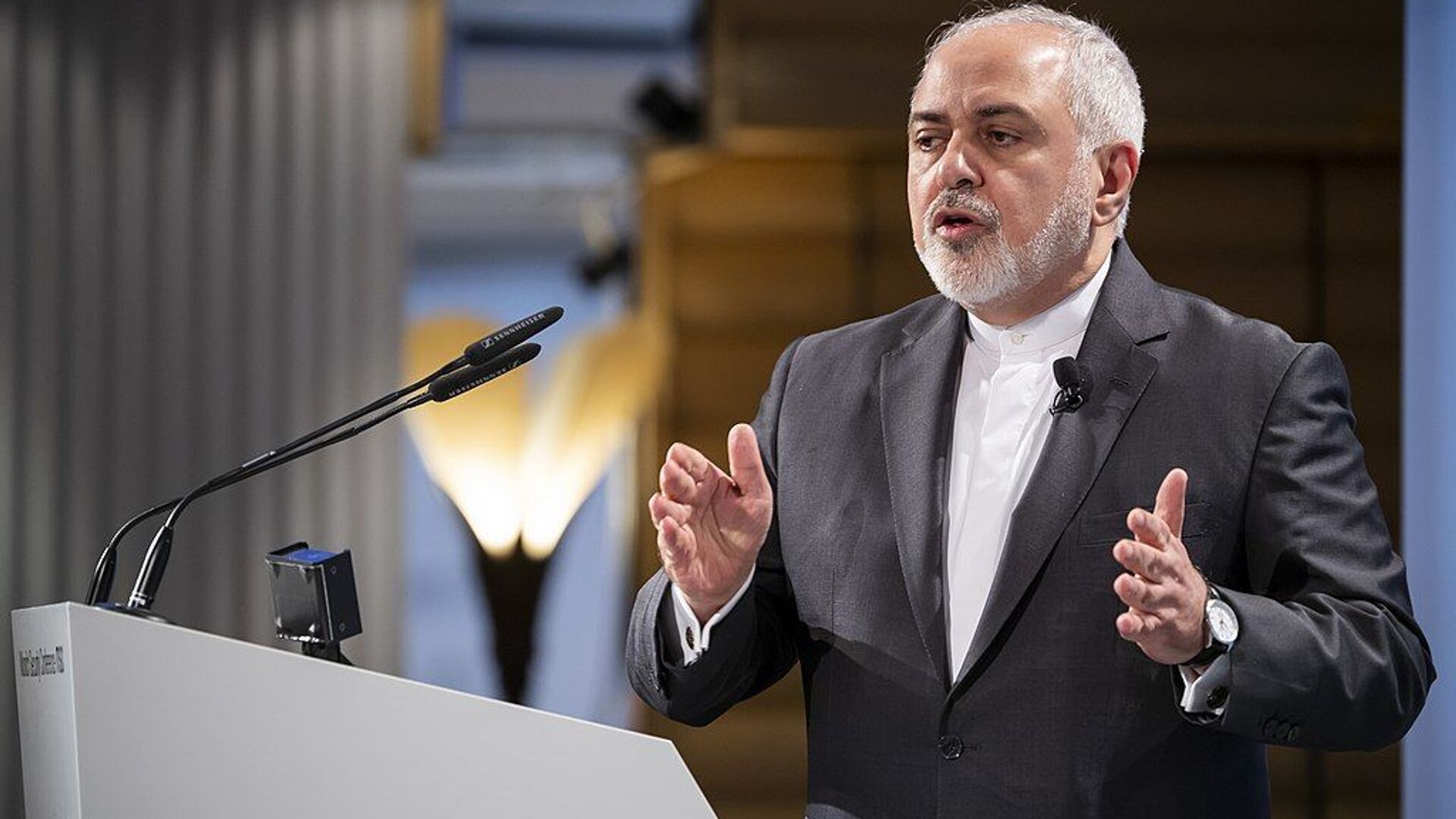 Morgan Artyukhina
All materialsWrite to the author
Iranian Foreign Minister Mohammed Javad Zarif reiterated his country's right to defend itself in the wake of an apparent sabotage attack on the Natanz Fuel Enrichment Plant.

In a letter to United Nations Secretary-General António Guterres on Monday, Zarif noted that a deliberate attack on a nuclear facility is "nuclear terrorism and a war crime."

Israel threatened and now boasts about action to prevent restoration of JCPOA after US election. pic.twitter.com/gMstxI4DfD

​"Israel threatened and now boasts about action to prevent restoration of JCPOA after US election," Zarif wrote on Twitter. "If US wants to avert consequences of this foolish gamble, it must cease to consider economic terrorism perpetrated by [former US President Donald] Trump or recent nuclear terrorism as negotiating leverage & remove all sanctions imposed, re-imposed or relabeled since the adoption of the JCPOA."

"After timely verification of removal of all US sanctions, Iran will respond by stopping all remedial measures—which will now take a significant upward leap following this latest terrorist sabotage," he added.

On Sunday, an explosion at the Natanz facility, which produces low-purity refined uranium, temporarily interrupted its power supply. No one was hurt in the incident, but some of the IR-1 centrifuges were damaged, according to a foreign ministry spokesperson.

In the aftermath of the attack, Tehran has firmly pointed the finger at Israel, where national leadership and media alike have boasted for years of their ability to attack Iran with either conventional weapons or cyberweapons, and said they would do so in order to prevent Iran's nuclear program from advancing.

At a press conference Monday with US Defense Secretary Lloyd Austin, Israeli Prime Minister Benjamin Netanyahu said there was "no more serious threat" to the region than Iran. He pledged to "never allow Iran to obtain nuclear weapons to carry out genocide against Israel. Israel will continue defend yourself."

Natanz was previously targeted by the Stuxnet virus in 2009 and 2010, a computer worm created jointly by the US and Israel that destroyed more than 1,000 centrifuges by making them spin out of control.

The attack comes amid talks to revive the 2015 Joint Comprehensive Plan of Action (JCPOA) in Vienna, to which Israel is staunchly opposed. The eight-party deal lowered economic sanctions against Iran in exchange for accepting strict limits on its uranium production. In 2018, the Trump administration pulled out of the deal unilaterally, claiming Iran had violated it and reimposing sanctions, but the other parties remained in the deal due to lack of evidence on Washington's part.

As a result, Iran has steadily backed off its obligations under the JCPOA, increasing the quantity and quality of uranium it produces and imposing some limits on the ability of International Atomic Energy Agency inspectors to conduct impromptu checks. US President Joe Biden previously spoke of the need for the JCPOA, but since becoming president in January, has done little to actually return to the deal, insisting Tehran do so first. The Vienna talks aim to get around this impasse.