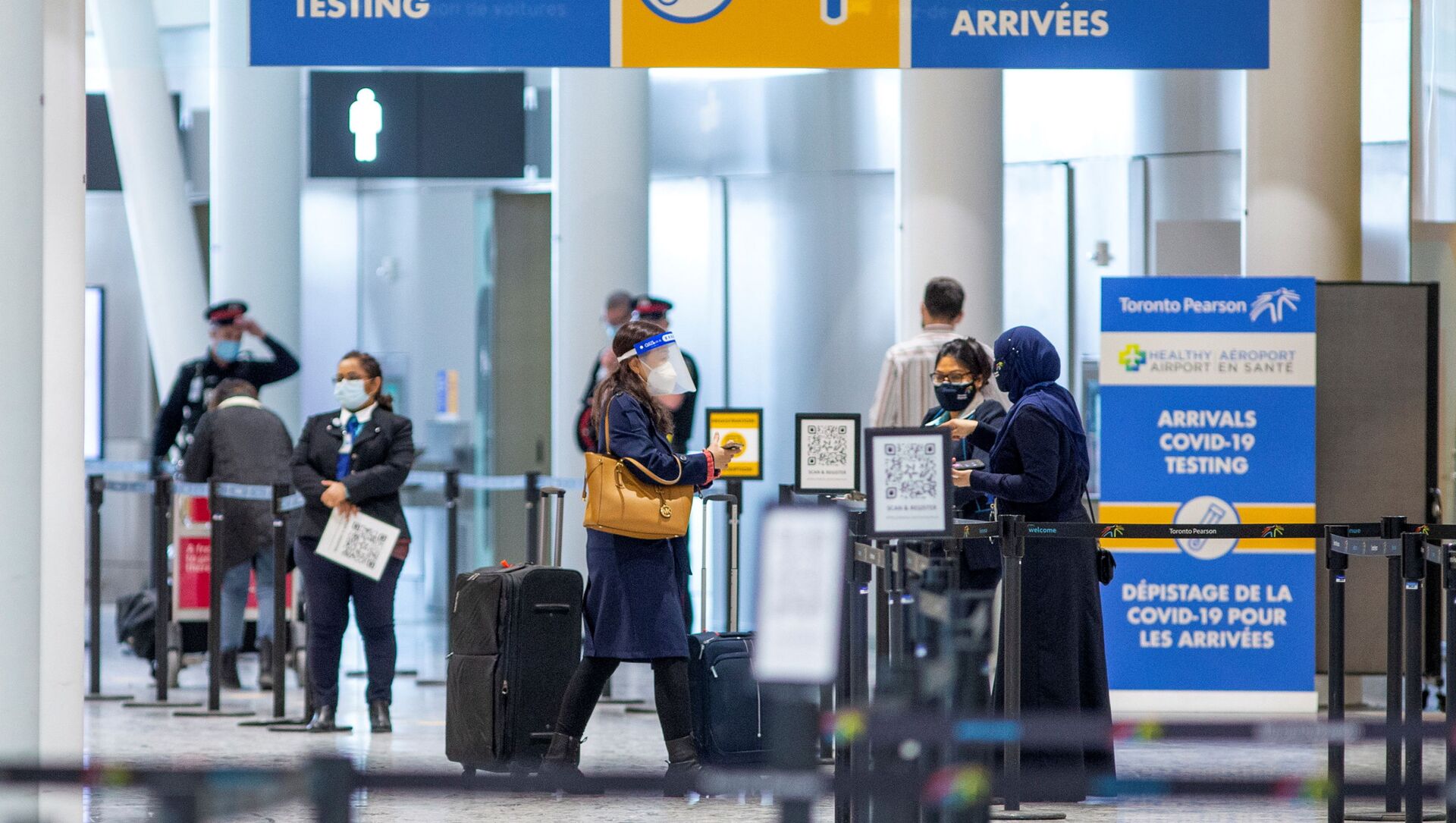 Denis Bolotsky
All materialsWrite to the author
On 1 April, Ontario Premier Doug Ford announced another 28-day province-wide COVID "shutdown". Some observers claim that the officials need the restrictions in order to introduce vaccination passports.

According to human rights advocate Chris Sky, local government representatives and their medical advisers also don't want to end the string of lockdowns because it will undermine the vaccination campaign.

Sputnik: Your province is currently in "shutdown mode", with restrictions on retail and with a stay-at-home order in place. How are the people of Ontario reacting to all that?

Chris Sky: People like me saw the shutdown coming a mile away. I was on shows like Alex Jones' "Infowars" and others, and I literally warned about the exact state of the shutdown. I even gave people the headline they were going to use. I told everyone they are going to pretend to open then they are going to tell you they are "pulling the emergency brake" because this shutdown has been planned well in advance.

The entire "plandemic" has been planned in advance, and the goal at the moment is to close down as many businesses as possible, so they can push universal basic income through parliament, and make Canadians accept it as a good thing.

[Editor's Note: The term "Plandemic" has become a buzzword for the believers of the "Great Reset" conspiracy theory. According to some of them, the coronavirus was deliberately let loose by global financial elites to gain power and to create conditions for the restructuring of the economy. Others are certain that the elites have nothing to do with the appearance of the virus, but they are taking advantage of the pandemic to reach their goals.] 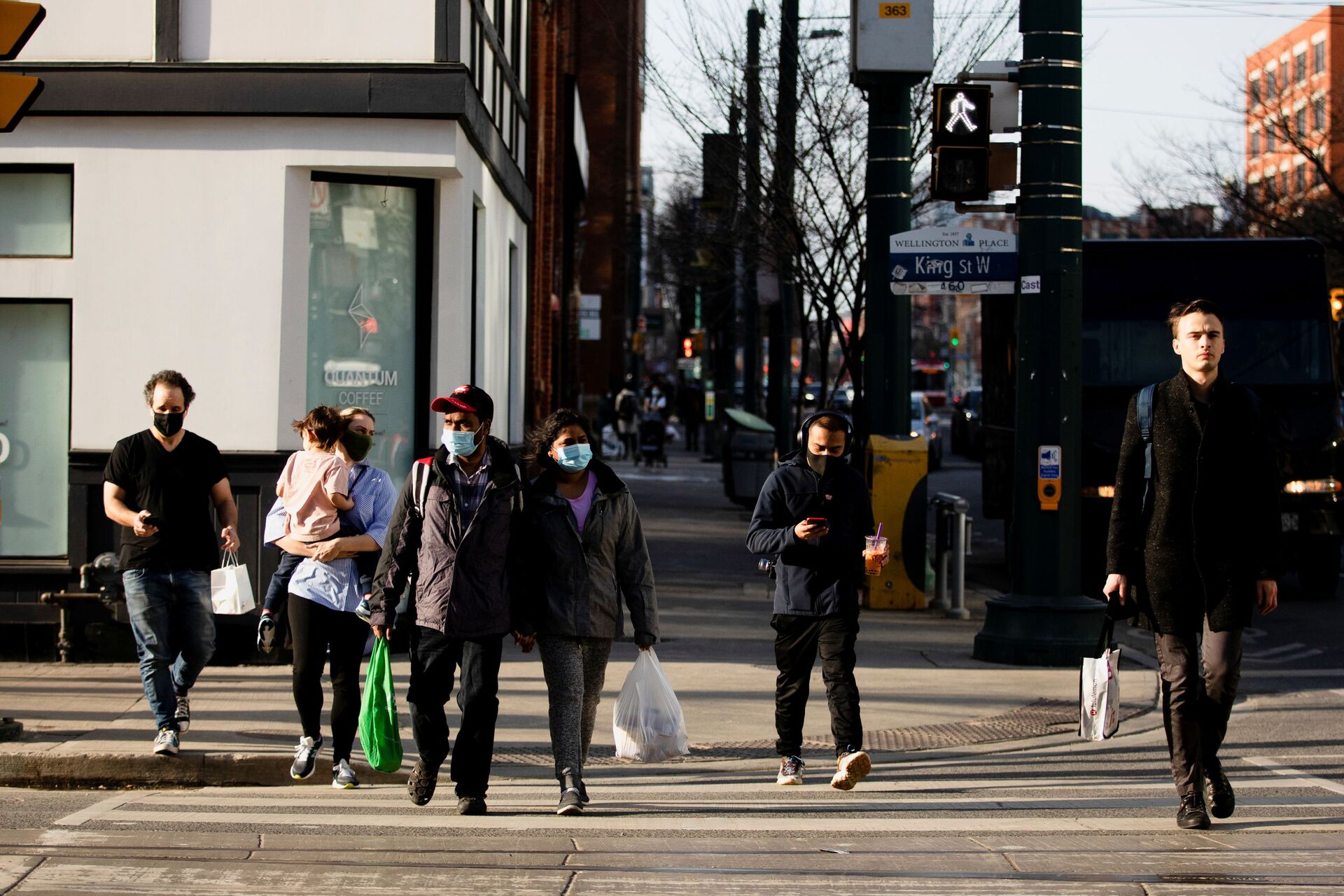 And the second part of this whole lockdown is trying to make it so Canadians can't leave their homes until they agree to be vaccinated so then they can get enough compliance with the vaccine, which they are not getting right now – nobody wants it, even with all the coercion going on.

Sputnik: But the disease is still there, isn't it?

Chris Sky: No one is saying there is no disease, but that doesn't mean that you need to submit to a forced vaccination multiple times a year for the rest of your life in order for the pretense to be free to live your life and to travel. That's medical tyranny. And the vaccine passport has been the goal since the start of this. The vaccine passport has been on the books in European law from 2018 before the pandemic.

Remember vaxpass was a conspiracy because it wasn't being promoted on tax funded state broadcasting in Canada yet?

Information filtered through the oligarchy of globalist media is nothing but consistent with grooming people to view elimination of assymetry of info with hostility pic.twitter.com/2gFvncXvBO

​Sputnik: Recently you were placed on Canada's no-fly list. Why did it happen?

Chris Sky: Well, I can only speculate, but it's seems pretty obvious – because of my activism, and because of me trying to inform Canadians of their rights and their ability to "#JustSayNo". That's my international hashtagging campaign to get people aware, to ask questions, and not just blindly comply with rules that are against their own best interests.

It ended up with a no-fly list, but it was a build-up of things from that – I've been getting charged by the police, I've been getting fined by the police, I had the police show up at my house at one o'clock in the morning without a warrant, and basically trying to get at me with about 40 police using 20 cruisers to block off both sides of the street around my house. And they didn't even have a warrant to be there. So, basically they are just trying to silence me.

Anti-lockdown activist Chris Sky had a heated encounter with York Regional Police after they tried to arrest him for shopping without a mask. Sky said he’s seeking an investigation into what he claims was an attempt at illegal kidnapping. https://t.co/xVQrUmJd1d @FearlessOntario pic.twitter.com/pB9y1FesId

​What they did to me – putting me on the no-fly list, was nothing short of lawless, communist-style dictatorship, political targeting of dissident. Our no-fly list explicitly states that it cannot be used against political activists or people utilising their free speech rights. And that's exactly what they did, and it's 100 percent illegal.

Sputnik: But formally they could have placed you on the list just because you are refusing to wear a mask, couldn't they?

Chris Sky: It has nothing to do with the mask. If they pretend that it has to do with the mask – they are lying even further. Just like they did when they showed up at my house with 40 policemen to try to arrest me at one in the morning for not wearing a mask. I don't wear a mask anywhere I go. 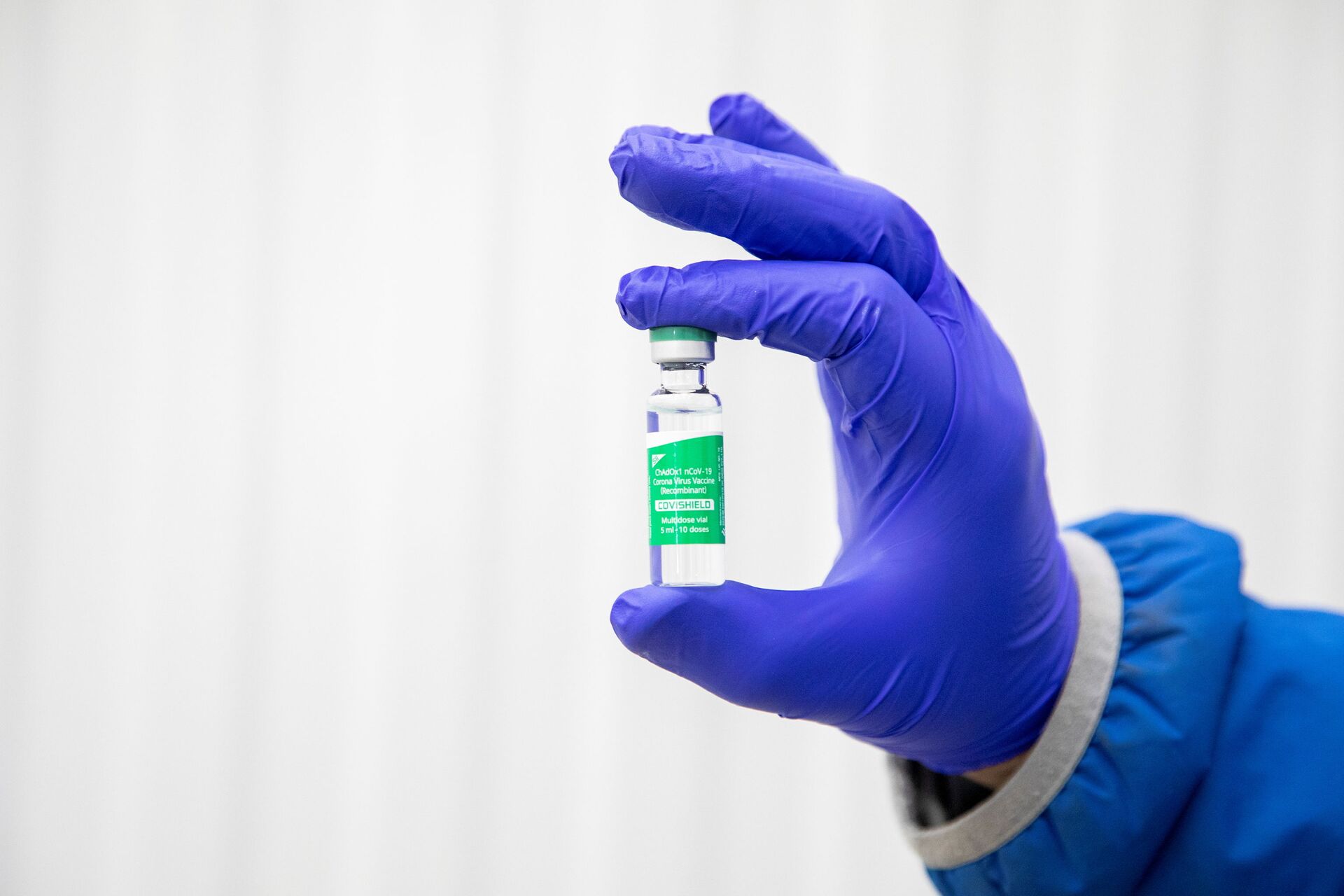 A vial of some of the first 500,000 of the 2-million AstraZeneca coronavirus disease (COVID-19) vaccine doses that Canada has secured through a deal with the Serum Institute of India in partnership with Verity Pharma at a facility in Milton, Ontario, Canada March 3, 2021.
© REUTERS / CARLOS OSORIO

Sputnik: During the past year Ontario officials frequently used numbers of COVID cases as a pretext to shut down the province. At least in 2020, these numbers were overblown, since even suicides of persons with coronavirus were counted as COVID deaths – a practice which Toronto Public Health refused to comment on when asked by Sputnik last week. Do you think there is a chance that the authorities will impose further restrictions in Ontario beyond the current 28-day-long shutdown?

Chris Sky: Of course. What do you think they've done so far? Before it was about "flatten the curve". We heard it a million times a day. And that mean don't "overwhelm our hospitals". Well, now the gig is up and everybody knows that there is nobody in the hospitals. So, now they lie and talk about "cases" and "new variants". And they just make anything they want up.

Live Updates: Number of Coronavirus Cases in Canada Surpasses 1Mln
If they want to raise cases – just test an extra 10 or 20 thousand people that week and – surprise, you're going to have more cases. So, it's all complete bull. Anybody that anything knows that they have no intention of relinquishing the lockdown, no intention of cancelling the emergency. The moment they cancel the emergency, they can no longer force the vaccine on people, because it only has emergency approval. So, they have absolutely zero intention of ever relinquishing this emergency until their agenda is complete.
Newsfeed
0
Access to the chat has been blocked for violating the rules . You will be able to participate again through:∞. If you do not agree with the blocking, please use the feedback form
The discussion is closed. You can participate in the discussion within 24 hours after the publication of the article.
To participate in the discussion
log in or register
loader
Chats
Заголовок открываемого материала