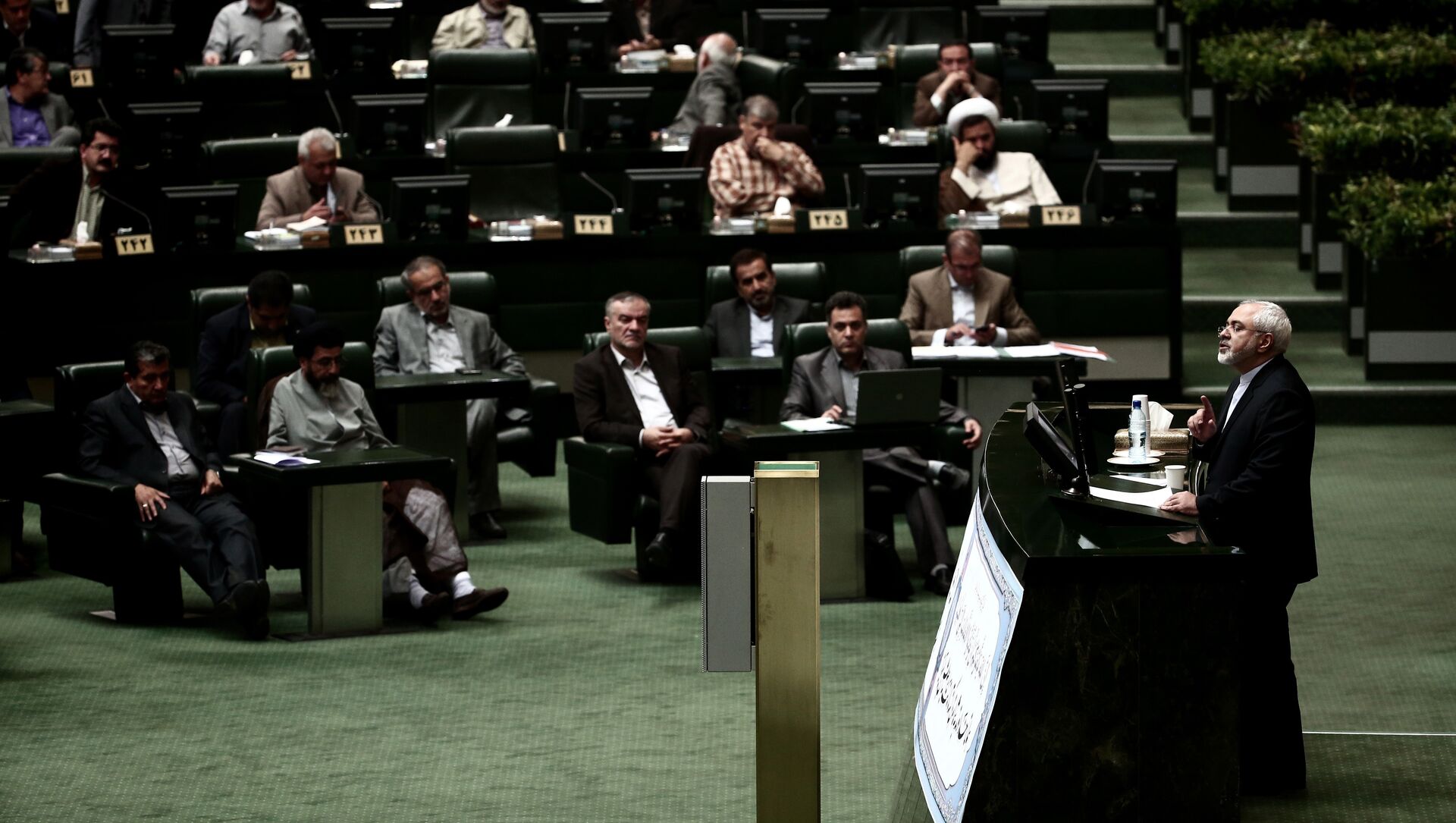 Lilia Dergacheva
All materialsWrite to the author
Will the JCPOA finally emerge from oblivion under the new US administration, almost three years after former President Donald Trump universally withdrew from the Iran nuclear accord?

The Biden administration has warned that it won’t lift the economic restrictions that former President Donald Trump slapped on Iran, despite pressure from the latter to do so as the countries held indirect talks in Vienna about returning to the 2015 JCPOA deal, Politico reported citing a senior State Department official.

The US' comments closely followed a tweet by Iranian Foreign Minister Javad Zarif, who said Iran would only comply with the deal again if all Trump-era sanctions were lifted.

The accord guarantees relief from economic restrictions on condition that Tehran verifiably curbs most of its nuclear programme, in light of the purported nuclear proliferation risks posed by the Islamic Republic.

World
JCPOA: US 'Open' for Talks With Iran as Tehran Says Direct Negotiations With Americans 'Unnecessary'

Both sides have been trying to force each other into concessions of late, despite both indicating the wish to restore the pact.

“The question still remains about whether the seriousness of purpose and the intent of coming back into compliance that the US showed will be reciprocated by Iran,” the senior State Department official said in a conference call with reporters, as cited by Politico.

“We saw some signs of it, but certainly not enough,” the official went on, stating that the original nuclear deal entitled the United States to sanction Iran on grounds that were not necessarily nuclear-related.

If the Biden team decides that Trump’s sanctions were legitimately imposed on other grounds, like supposedly backing of terrorism, for example, it won’t lift them, the official asserted.

The Vienna talks, which involved the European intermediaries, were paused on Friday and are slated to resume next week after consultations at home.

The first in-person meeting involving Biden’s special envoy Rob Malley was held in Vienna on Tuesday, with participants saying progress was made.

Moscow dubbed the first talks on Tuesday successful, while Washington referred to them as a desirable and effective step toward reinstating mutual compliance with the deal.

Mikhail Ulyanov, Russia's permanent representative to Vienna-based international organisations, earlier said that there's an opportunity for participants of the nuclear talks to ink an agreement on the JCPOA by mid-May, but this does not mean the treaty will be re-implemented in full.

Any Future for JCPOA?

Donald Trump unilaterally pulled the US out of the 2015 accord, commonly referred to as the Joint Comprehensive Plan of Action, in May 2018 citing Iran’s alleged threat to global security. The move prompted criticism in the US and beyond.

He reimposed the US and EU sanctions that were lifted under the agreement, while hitting Iran with new ones. In retaliation, Iran resumed some of its nuclear activities, including enriching uranium to 20 percent purity. Also, in February, Tehran decided to limit the inspection of its nuclear sites by the IAEA.

The Biden administration has meanwhile indicated its intention to revive the deal, with the conditions for the move currently being negotiated.