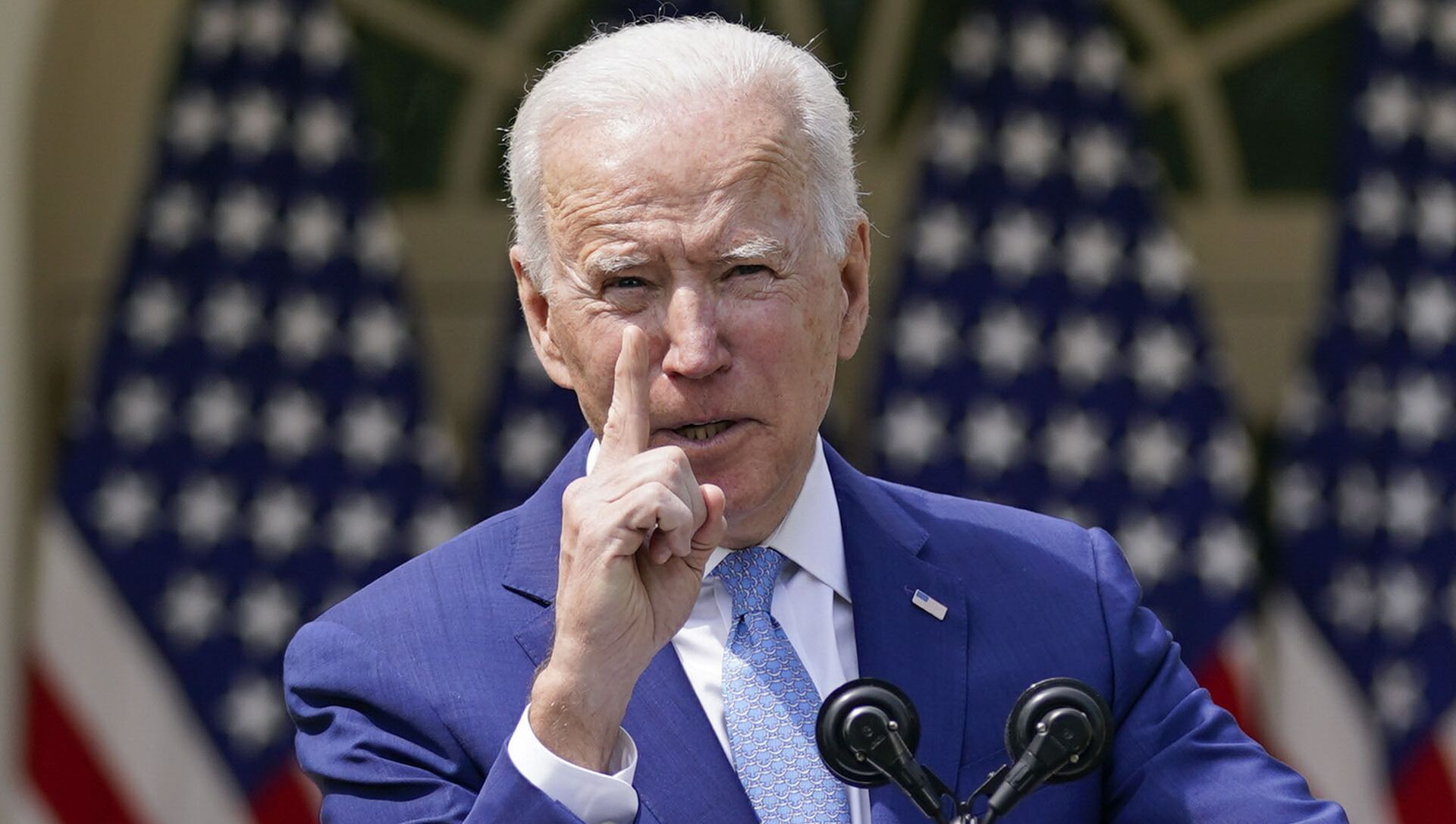 WASHINGTON (Sputnik) - US President Joe Biden called on Congress on Thursday to eliminate legal immunity for gun manufacturers when their products are involved in mass shootings.

Biden singled out the initiative as the one thing he would ask for if "the Lord came down" for his wish.

The US president announced a series of executive orders and requests for legislative action to address the epidemic of gun violence in the United States.

"Gun violence in this country is an epidemic and it’s an international embarrassment. Every day in this country, 360 people are shot. Every single day 106 of them die", Biden said.

His executive orders direct the Justice Department to issue a proposed rule to help stop the proliferation of "ghost guns" - those that do not have a serial number, cannot be traced by law enforcement and are often distributed as self-assembly kits. The Justice Department will also propose a rule to further regulate the use of stabilising braces that turn handguns into short-barreled rifles. It will also publish a model "red flag" legislation for states that can be used to bar people of concern from accessing firearms. 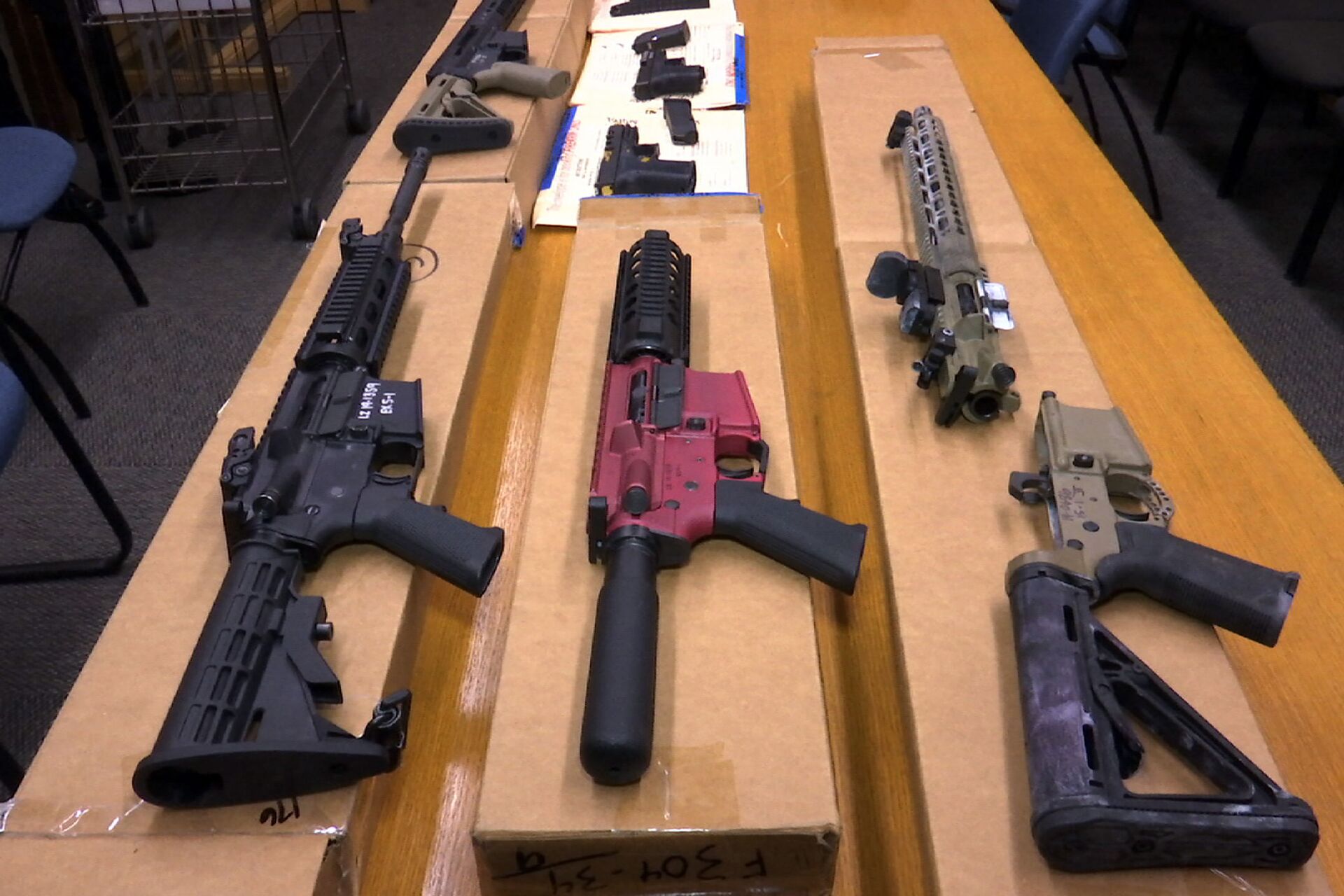 This Nov. 27, 2019, file photo shows "ghost guns" on display at the headquarters of the San Francisco Police Department in San Francisco. Families of those killed and wounded in a rural California shooting rampage in 2017 are suing manufacturers and sellers of "ghost gun" kits that provide easy-to-assemble firearm parts that make it difficult to track or regulate owners.
© AP Photo / Haven Daley

Additionally, Biden nominated gun control advocate David Chipman to serve as the Director of the Bureau of Alcohol, Tobacco, and Firearms.

"There is much more that Congress can do to help that effort. And they can do it right now. They have offered plenty of thoughts and prayers... but they passed not a single federal law to reduce gun violence. Enough prayers, time for some action", Biden said.

He specifically called for bills to close loopholes that allow bypassing background checks and urged to institute a permanent ban on assault weapons and high-capacity magazines.

Biden’s bid was prompted by recent mass shootings in Georgia and Colorado which claimed 18 lives.

"You probably didn’t hear it, but between those two incidents, less than one week apart, there are more than 850 additional shootings - 850 - that took the lives of more than 250 people and left 500 injured. This is an epidemic for God’s sake and it has to stop", Biden said.

He estimated that gun violence costs the country $250 billion annually in hospital and rehabilitation bills, legal fees and prison expenses.

Later the same day, White House spokesperson Jen Psaki said in a briefing that US President Joe Biden will announce more anti-gun violence executive actions on top of the initial wave unveiled earlier in the day.

“Today the Administration announced initial actions to address gun violence, there will be more. That is absolutely his commitment. He also will use the power of his presidency, his voice, his political will to advocate for actions in Congress", Psaki said. "He also recognizes that there are incredible roles to be played by many of the gun safety groups and leaders that were here today who have helped pass laws in states across the country on everything from background checks to red flag laws."