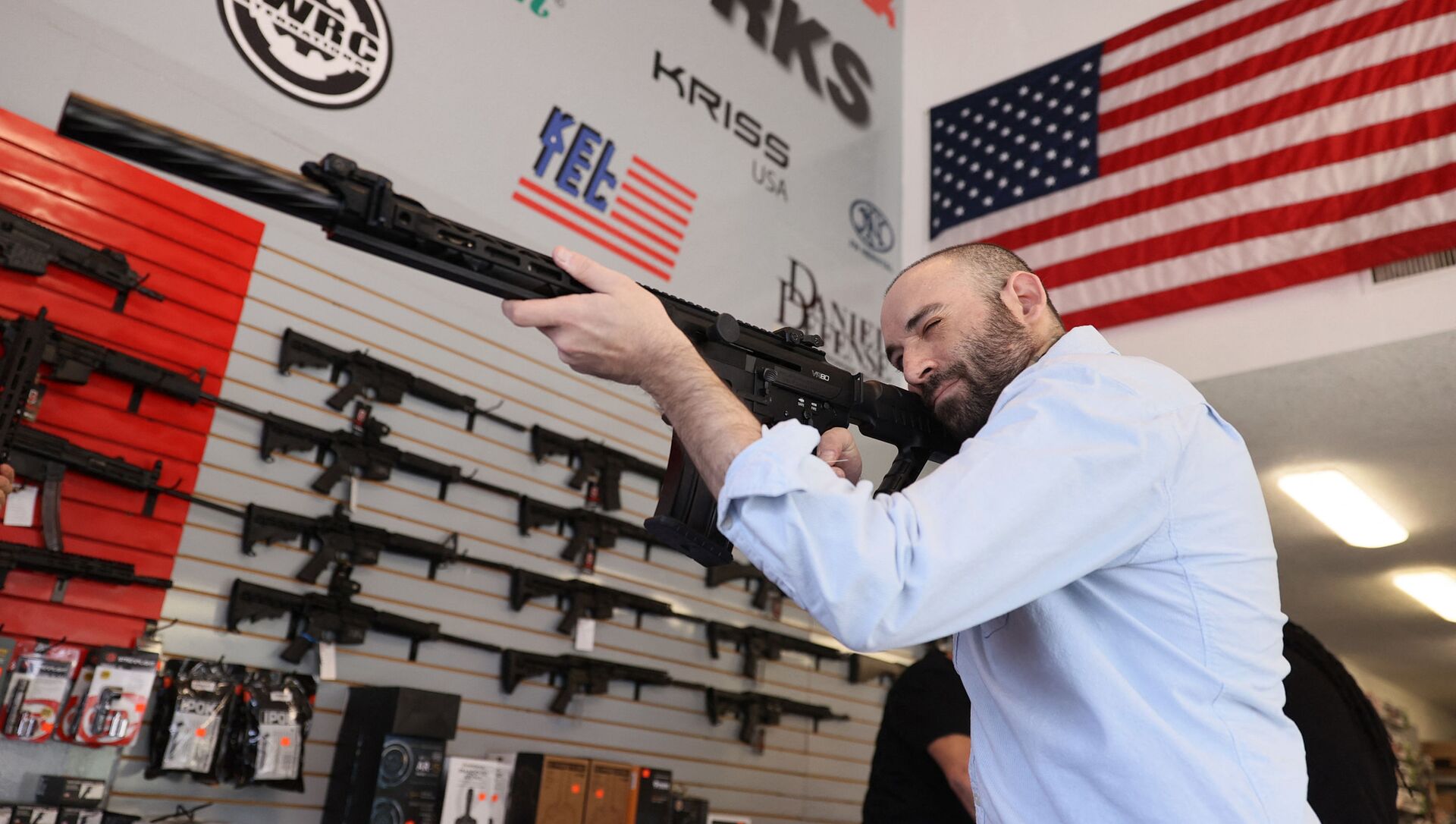 MariTi Blaise Lovell
All materialsWrite to the author
Since the start of his administration, US President Joe Biden has faced pressure from House Democrats to fulfill his campaign promises and place federal regulations on assault-style weapons.

Biden is expected to introduce at the White House on Thursday his long-awaited package of executive actions intended to curb skyrocketing gun violence within the US.

Citing sources familiar with the matter, Politico reported that some of the executive actions under consideration would require buyers of devices known as ghost guns - homemade or makeshift firearms without a serial number - to undergo background checks.

The actions will also most likely include promises from his 2020 campaign to support legislation in closing the so-called “Charleston loophole,” which allows guns to be transferred between licensed gun dealers to interested buyers before a background check is completed.

There is also a consideration for placing a ban on assault weapons and high-capacity magazines, as well as repealing gun manufacturers’ immunity from liability. Prohibition of firearm purchases for those convicted of domestic violence against their partners and federal guidance on home storage safety measures are also speculated as being part of the overall plan.

Other executive actions may include a plan by US Sen. Chris Murphy (D-CT) to reintroduce his universal background check bill. Murphy has boasted of bringing the bill to the US Senate floor, but not without hearing from the White House first. The senator believes that if the government is going to pursue legislation then "our best chance to pass a background checks proposal is this year. I don't want to have to wait for a mass shooting.”

Due to pressure from officials, there is likely to be a push for gun control legislation in response to deadly US mass shootings. However, it’s worth noting that past shootings, such as those that took place at Sandy Hook Elementary School and at Marjory Stoneman Douglas High School, failed to prompt comprehensive federal measures. 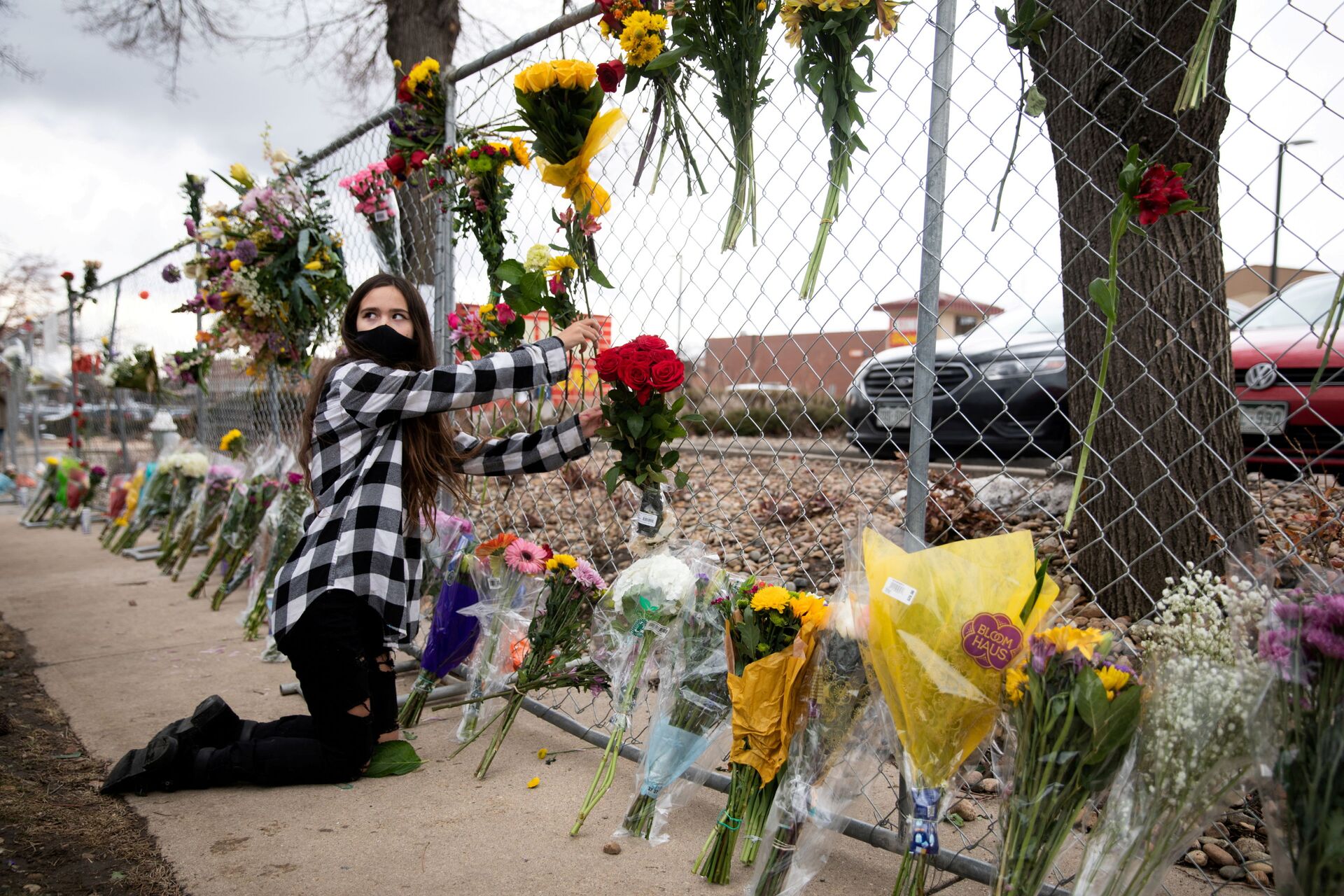 In fact, the late March shooting in Boulder, Colorado, that claimed the lives of 10 individuals reinvigorated calls for stricter gun control measures. Shortly after the shooting, Colorado Secretary of State Jena Griswold told CBSN that stricter gun laws were needed to make sure gun ownership is done in a “reasonable way,” with regulation from the federal government being necessary to execute that effort.

Additionally, the Senate Judiciary Committee has held multiple hearings to address the US’ gun violence epidemic in response to the shooting, which unfolded only a few days after a mass shooting in Atlanta, Georgia. Lawmakers have called on Senate leaders to take action and implement gun control measures.

In a letter to Biden last week, dozens of congressional lawmakers demanded the president place “concealable assault-style firearms that fire rifle rounds” under the National Firearms Act, which would make the sale and transfer of the specified firearms much more difficult to complete.

"The concealability and ability to use ammunition capable of penetrating body armor make these firearms especially dangerous on our streets and for law enforcement personnel," the lawmakers wrote, urging Biden “to immediately promulgate regulations to cover these concealable assault firearms under the National Firearms Act."

The looming Thursday announcement may also include the participation of his nominee for the director of the Bureau of Alcohol, Tobacco, Firearms and Explosives, who has not yet been named, but will play a key role in any executive branch actions on guns. The COVID-19 pandemic, as well as the Biden administration’s lack of a Senate-confirmed US Attorney General and ATF director are considered some of the reasons it has taken time for the administration to follow up on its gun safety campaign promises.

In his $2.25 trillion infrastructure plan, Biden proposed $5 billion for community violence prevention programs, which has been praised by some community activists. “With this investment of our federal tax dollars, we have an unprecedented opportunity to build an infrastructure of peace to heal and disrupt cycles of violence,” said Erica Ford, head of a coalition of community groups dubbed Fund Peace.

The latest developments came after White House Press Secretary Jen Psaki recently reaffirmed that Biden would be expanding gun control measures at the federal level, but that the timing was uncertain as a result of the ongoing review process.