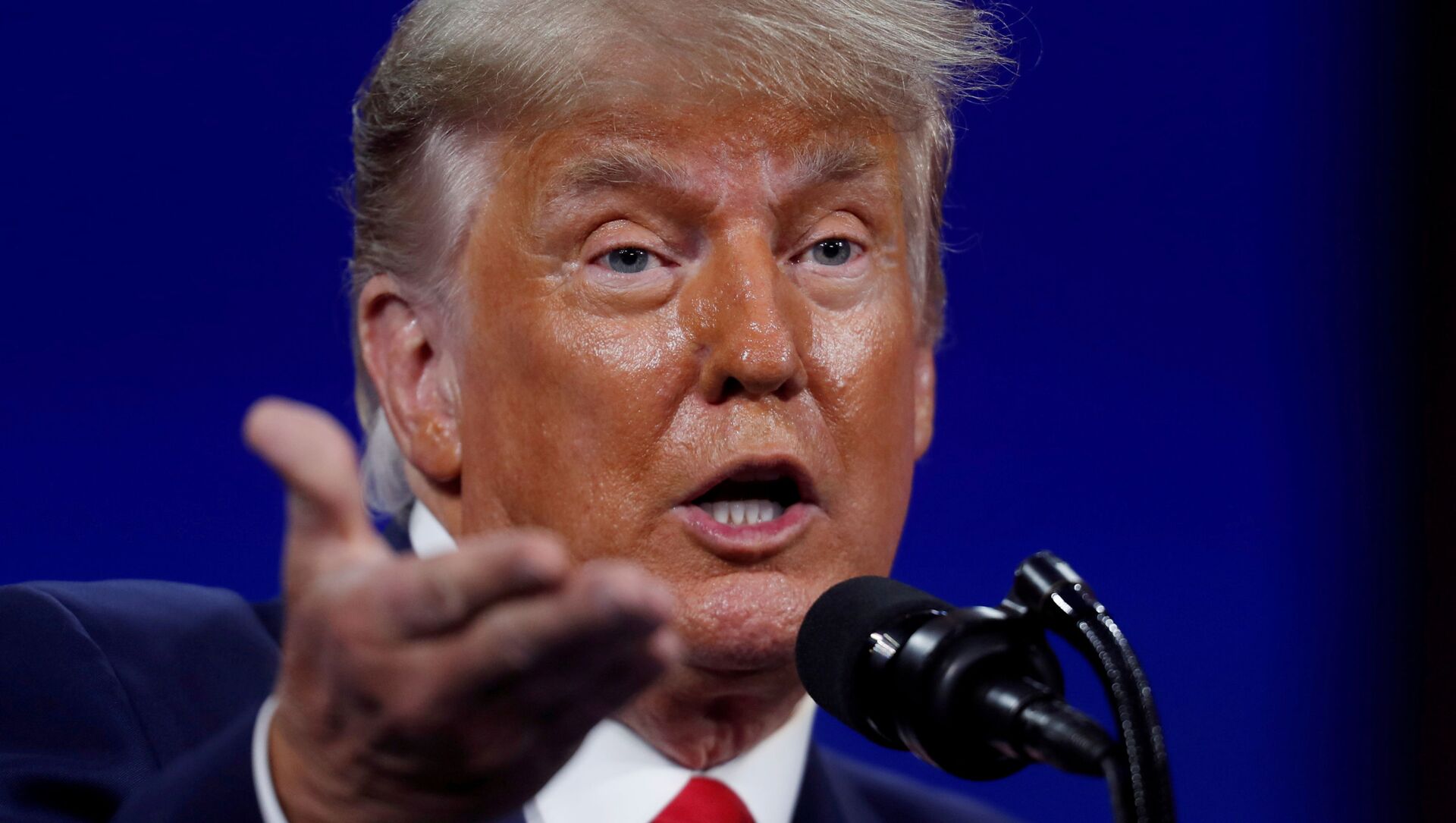 "It is finally time for Republicans and Conservatives to fight back— we have more people than they do— by far! Boycott Major League Baseball, Coca-Cola, Delta Airlines, JPMorgan Chase, ViacomCBS, Citigroup, Cisco, UPS and Merck. Don’t go back to their products until they relent. We can play a better game than them," Trump said in a statement released by Save America PAC on Saturday and quoted by The Hill.

On Friday, Major League Baseball announced it was not going to hold the All-Star Game in Atlanta this summer, as it opposed ballot box restrictions (referring to the new Georgia legislation). The new voting law has been condemned by the CEOs of some corporations, including Delta Air Lines and Coca-Cola.

Trump stressed on Saturday that that Republicans "have more people than they [Democrats] do" and accused the Democrats of playing "dirty" by boycotting products from any company that does or states something that "in any way offends them."

At the end of March, US President Joe Biden told reporters that the US Justice Department was examining what it could do with respect to the Republican-backed election legislation in Georgia that critics claim could harm the voting rights of minorities.

Earlier in March, Georgia Governor Brian Kemp introduced a measure for stricter identification requirements, limited ballot drop boxes and a shortened early voting period. Kemp said via Twitter that the law would make it "easy to vote and hard to cheat" in Georgia.

The changes were enacted after criticism by Republicans about election and voter fraud in the 2020 presidential vote, in which Democrats won in a traditionally Republican-leaning state.