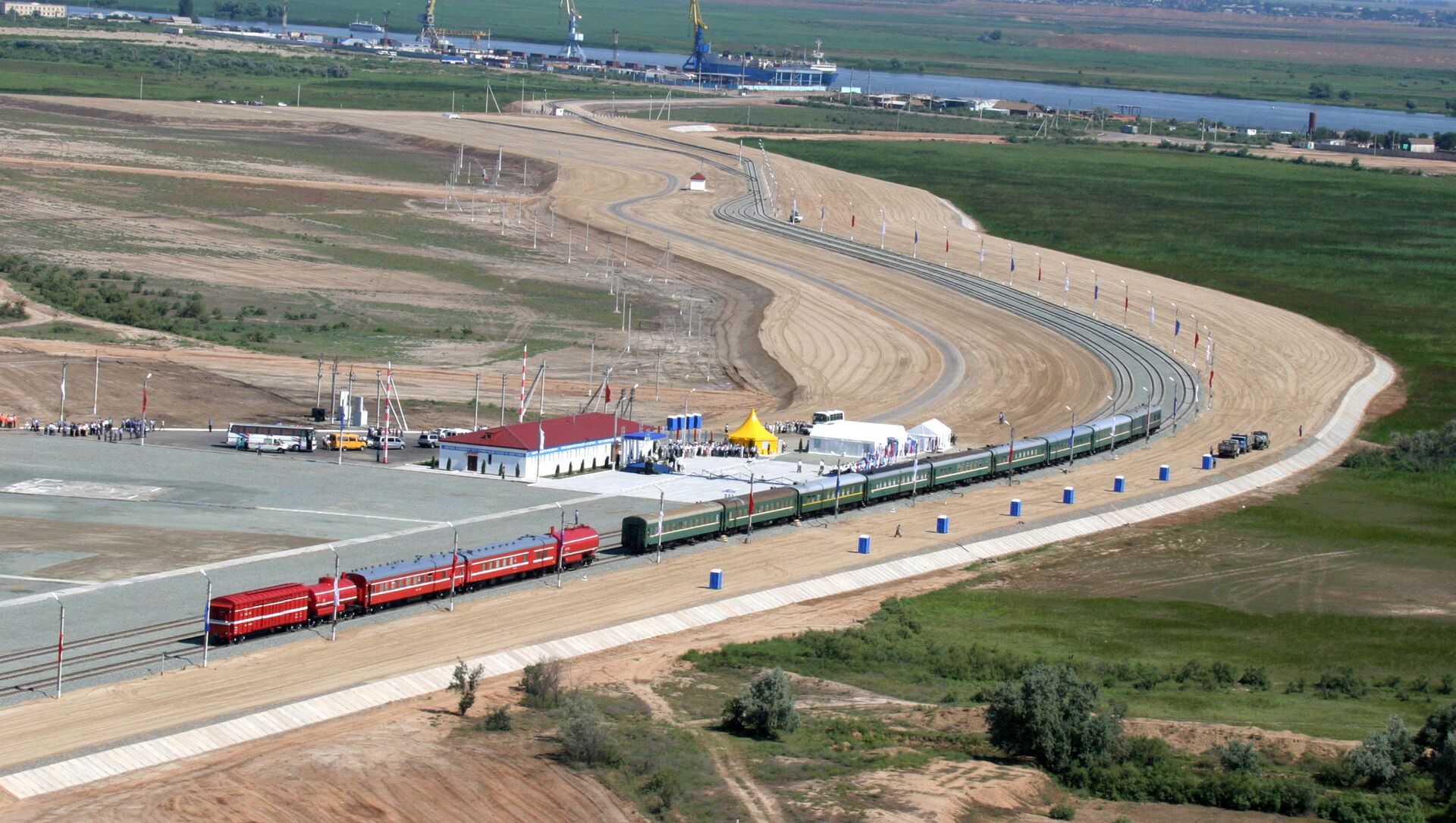 Ilya Tsukanov
All materialsWrite to the author
Russia, Iran, and India have been quietly working on the creation of a 7,200 km-long, multimodal trade corridor known as the International North-South Transport Corridor (INSTC) for nearly two decades, with work on the project recently accelerating amid growing trade between countries in the region, and between India and Europe.

Iranian Ambassador to Russia Kazem Jalali has commented on the recent shipping mishap in the Suez Canal, suggesting that the North-South transport corridor is a great alternative to the strategic waterway that could prove both faster and less expensive.

“The North-South corridor is a great option to replace the Suez Canal with a reduction in travel times to 20 days and savings of up to 30 percent,” Jalali wrote in a three-language post on his Facebook page late Saturday.

The envoy suggested that the recent accident in the Suez Canal involving the Ever Given container vessel, and the $9 billion in damage to the global economy it's causing daily, shows that “the need to speed up the completion of infrastructure and the North-South corridor as an alternative to the route through the Suez Canal has become clear and more important than ever.”

The INSTC project came into being in 2002, when the transport ministers of Russia, Iran, and India signed an agreement to create a multimodal ship, rail and road-based transport network stretching 7,200 km, from Mumbai, western India to Moscow via Iran and the Caspian Sea. In the years since, other nations including Azerbaijan, Armenia, Belarus, Kazakhstan, Tajikistan, Kyrgyzstan, Ukraine, Oman, and Syria joined the project, and new routes via Azerbaijan and the countries of Central Asia have been proposed to eliminate the need to transfer cargoes from overland-based transport to cargo ships and back.

A Challenge for the Suez Canal? Iran on Verge of Activating Massive New Russia-India Trade Corridor
The ambitious corridor promises to cut transportation costs by between 30-60 percent, and to reduce the transit time from west India to western Russia from 40 to 20 days. Dry runs of the route carried out in 2014 and 2017 identified potential bottlenecks and confirmed cost and shipping time estimates.

While the INSTC is already operational (though not as a coherent rail link), work has recently been accelerated to expand the route’s capacity, with the Russian government and business planning to invest tens of billions of rubles over the next decade. India has already committed over $2.1 billion into the project, spending about $500 million on the expansion of the Iranian port of Chabahar, and another $1.6 billion on the construction of a railway line between Zahedan, southeastern Iran and the Hajigak iron and steel mining project in central Afghanistan.

In addition to facilitating trade between India, Iran, Russia, the South Caucasus and Central Asia, the INSTC is also seen as a prospective route for trade between India and Western Europe. An ambitious version of the project even proposes the creation of a massive $7 billion canal stretching from the Caspian Sea to Iran’s southern shores, although that version of the project appears to have been deemed cost prohibitive.