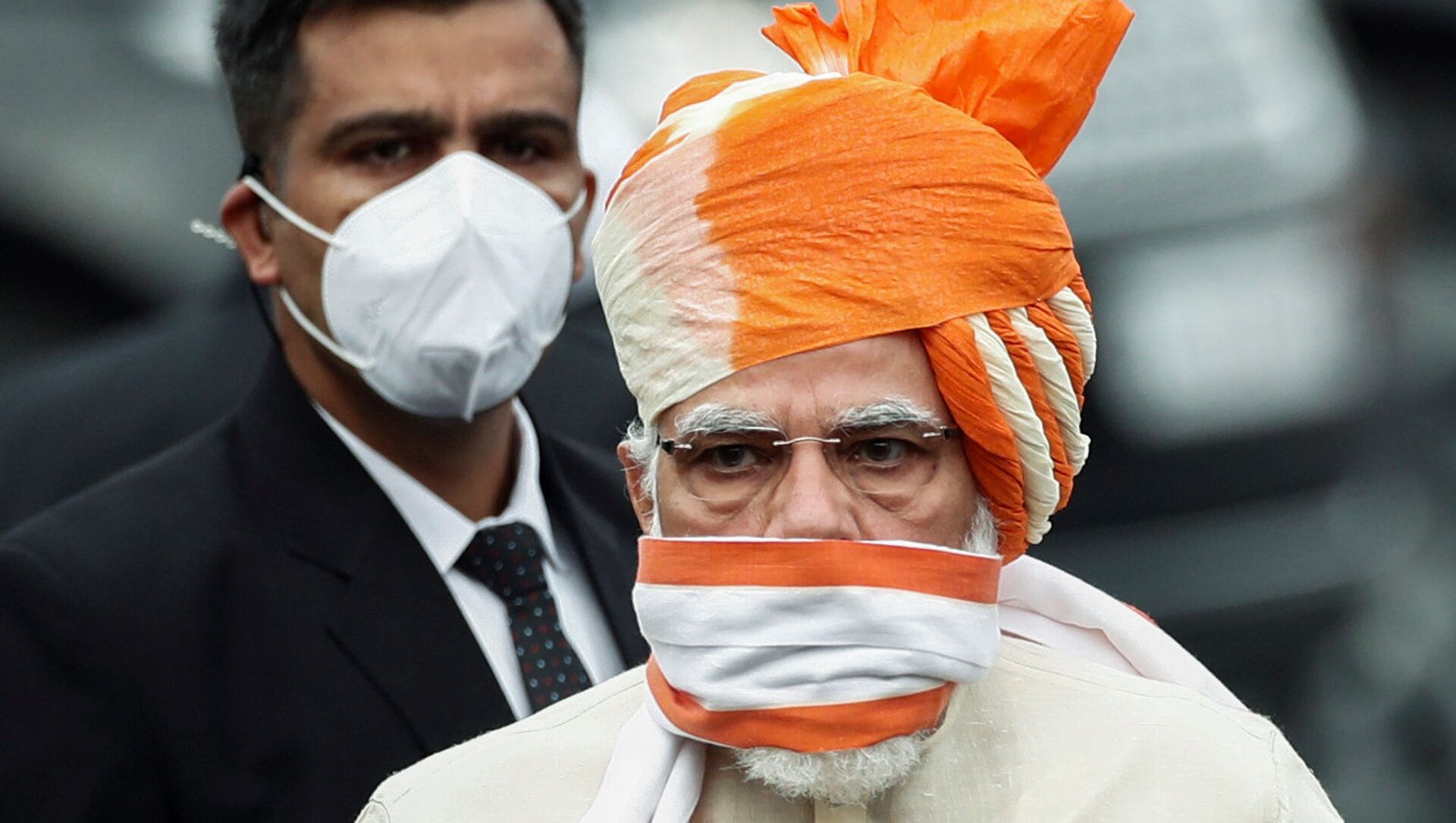 Priya Yadav
All materials
Matua Mahasangha is a religious reformation movement that originated around 1860 in what is today known as Bangladesh. It has a large number of adherents both in Bangladesh and in the Indian state of West Bengal. Matua happens to be a sect of Hinduism that exists as a scheduled caste community.

Indian Prime Minister Narendra Modi began a two-day visit to Bangladesh on Friday. This is his first trip to a foreign country since the outbreak of the COVID-19 pandemic last year.

​While visiting Bangladesh to mark the 50th anniversary of the country's liberation, Prime Minister Modi will ensure that he makes a strong domestic political message as the Indian state of West Bengal heads to the polls on Saturday in the first phase of elections.

Prime Minister Modi's itinerary includes a visit to the Jashoreswari Temple and meeting members of the Matua community who have strong connections ties to West Bengal. Many followers of the sect migrated from Bangladesh and settled in West Bengal after India gained independence in 1947.

"With a population of nearly 30 million in West Bengal alone, every political party is out to woo the Matua community for votes during the assembly elections", Sanjeev Tewari, a political analyst, told Sputnik.

"Caste-based politics has always been very critical in every election for winning assembly seats and the Matua community is believed to have very strong influence in about 70 assembly seats in West Bengal. It is critical to get their support for any party to win the elections", he added.

"The BJP promised citizenship in India for the Matua community as a large number of the Matua community who migrated to India are considered refugees. The recently introduced Citizenship Amendment Act had swung votes in the BJP's favour in Lok Sabha elections", Nikhil Gokhale, an analyst in West Bengal, told Sputnik.

"The timing of Modi's meeting with the Matua community in Bangladesh, where it originated, just a day ahead of voting in West Bengal is nothing short of  a master stroke", Gokhale added.

On 27 March (1st day of polling in Bengal), Modi will visit Orakandi in Bangladesh where the birthplace of Harichand Thakur - founder of the Matua sect - is located.

Matua community is influential in 28 seats in Bengal with a population of 3 crore.

This is the holiest shrine for d persecuted Matua community located at Orkandi, gopalgunj Bangladesh. PM Modi would be visiting this shrine on Saturday. Probably 1st time in history, a sitting PM is visiting a religuous place in the neighboring country in order to win an election pic.twitter.com/dwnryL9cEC

Prime Minister Modi has included a visit to the famous Jashoreswari Temple on his agenda in Bangladesh. The latter is a famous Hindu temple dedicated to the Goddess Kali and has a special place in the heart of Bengalis who are devout followers of the Goddess Kali.