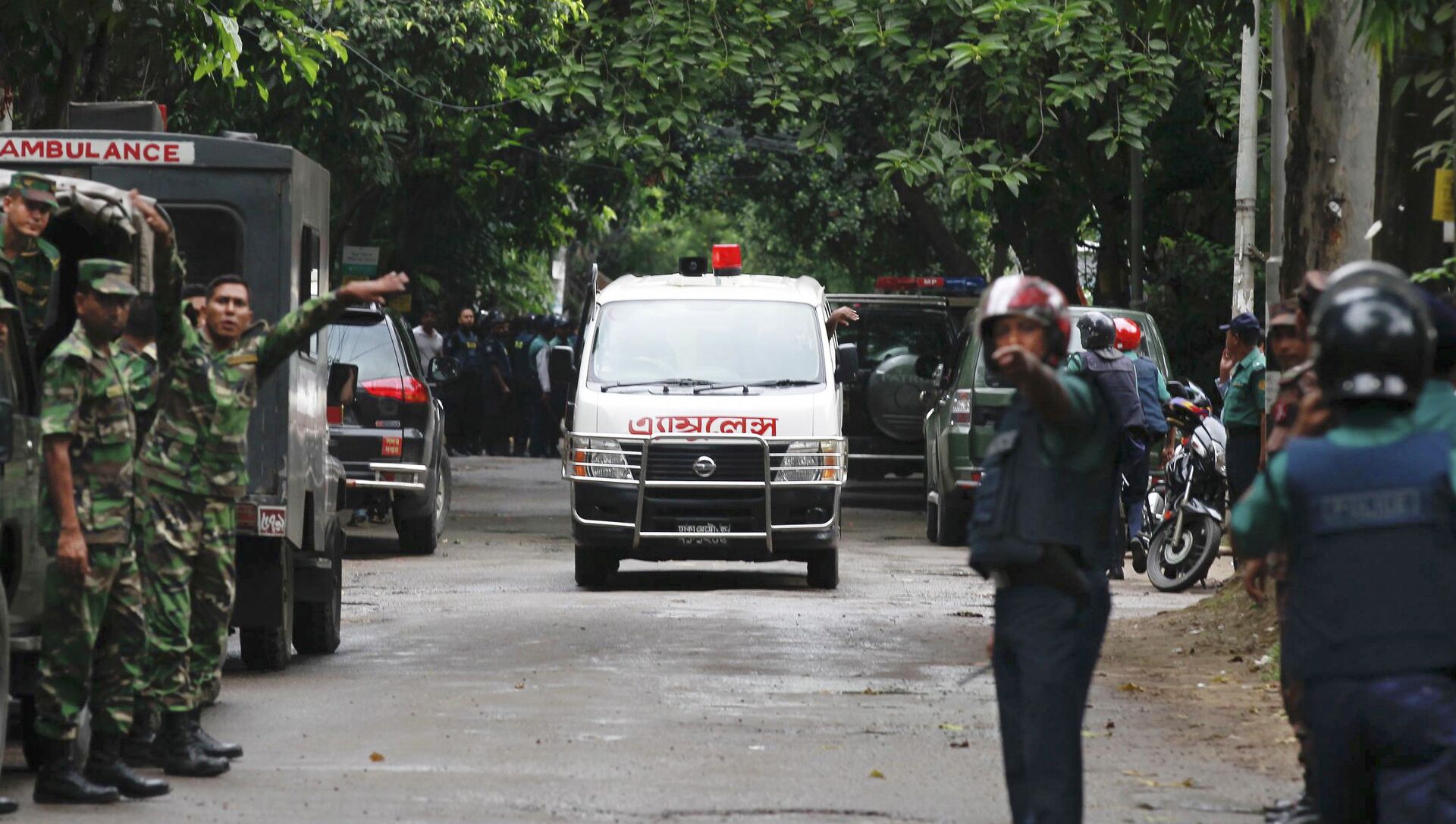 Henry Batyaev
All materialsWrite to the author
Indian Prime Minister Narendra Modi is paying a two-day visit to neighbouring Bangladesh, as it celebrates the 50th anniversary of its independence.

Police said a total of eight people had been taken to the hospital with gunshot wounds. Around 44 people were injured in the clash after the police were forced to use tear gas on the protesters and then fire rubber bullets.

"We had to fire tear gas and rubber bullets to disperse them as they entered a police station and carried out extensive vandalism," police official Rafiqul Islam told Reuters.

A video of the clashes near Hathazari Madrasa has since emerged online.

Protests erupted throughout Bangladesh as Indian Prime Minister Narendra Modi arrived for a two-day visit, coinciding with the 50th anniversary of Bangladeshi independence. There were also reportedly clashes with police in the capital Dhaka, which resulted in dozens of injuries.

Hefazat-e-Islam, headquartered in Hathazari, has been active in demanding blasphemy laws in the country. Both the fundamentalist cell, as well as other Bangladeshi social groups, have accused Modi of fomenting anti-Muslim violence and religious tensions.