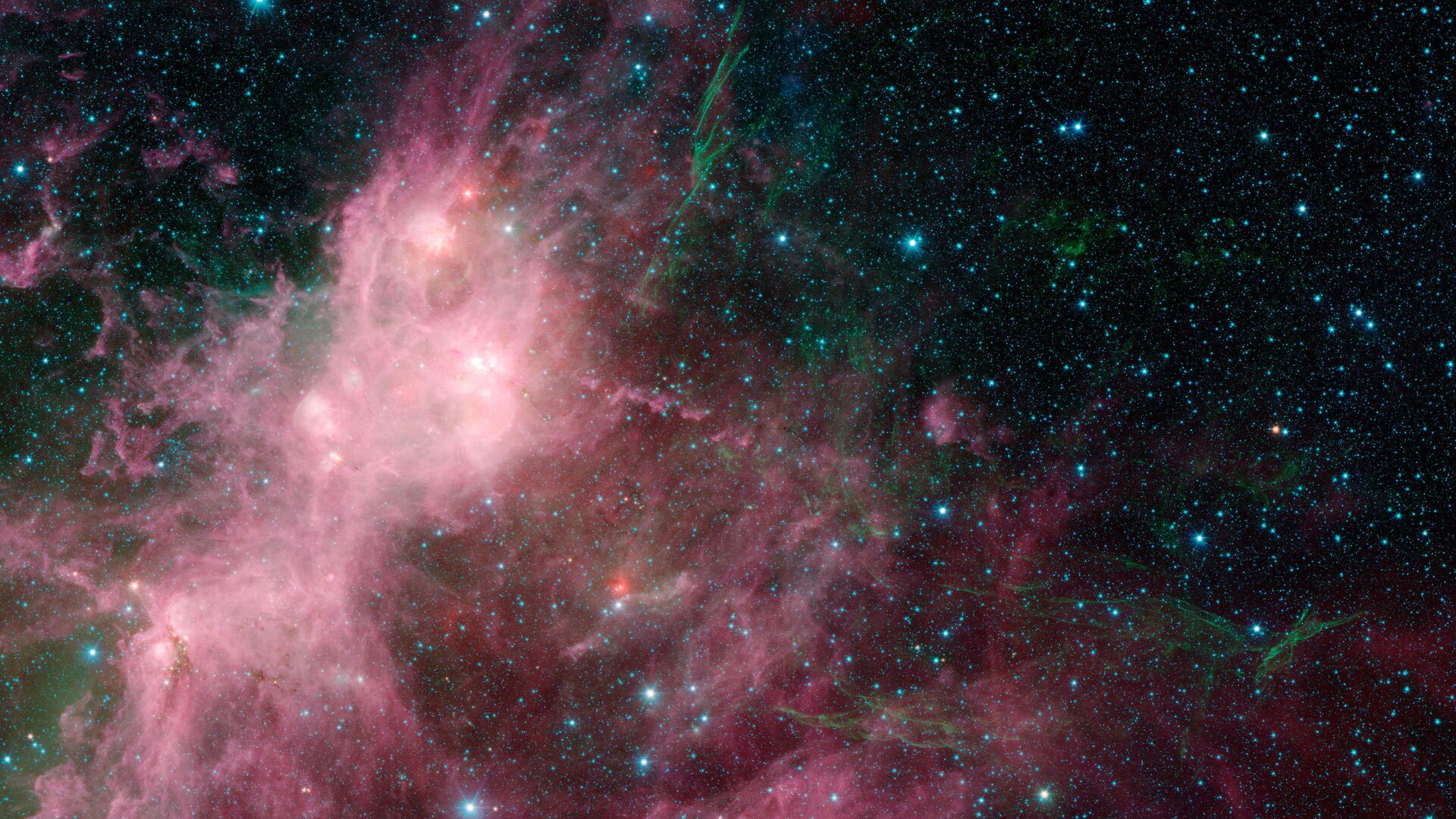 Gaby Arancibia
All materialsWrite to the author
Researchers previously shook the public when officials released a stunning, never-before-seen image of a supermassive black hole and its shadow in 2019, effectively marking a first for the scientific community. However, the international team of researchers isn’t done shocking the world just yet.

A team of astronomers have done the unexpected and released a more detailed image of the supermassive black hole sitting at the center of the M87 galaxy, this time offering viewers the chance to take a peek at its magnetic field.

The stunning image, which was released to the public on Wednesday, shows the black hole through polarized light, a setting that allowed officials to also be able to map out the specimen’s swirling magnetic field.

Further analyzing the findings, officials determined that much of the light surrounding the M87 supermassive black hole is polarized, and that the strength of the black hole's magnetic field measures between 1 and 30 gauss - some 50 times stronger than that of the Earth's force.

Officials involved in the global collaboration were able to snap the new-and-improved image by linking together a total of eight telescopes stationed around the world to create the Event Horizon Telescope (EHT). The team stated in a Wednesday release that the telescope’s impeccable resolution would be able to “measure the length of a credit card on the surface of the moon.” 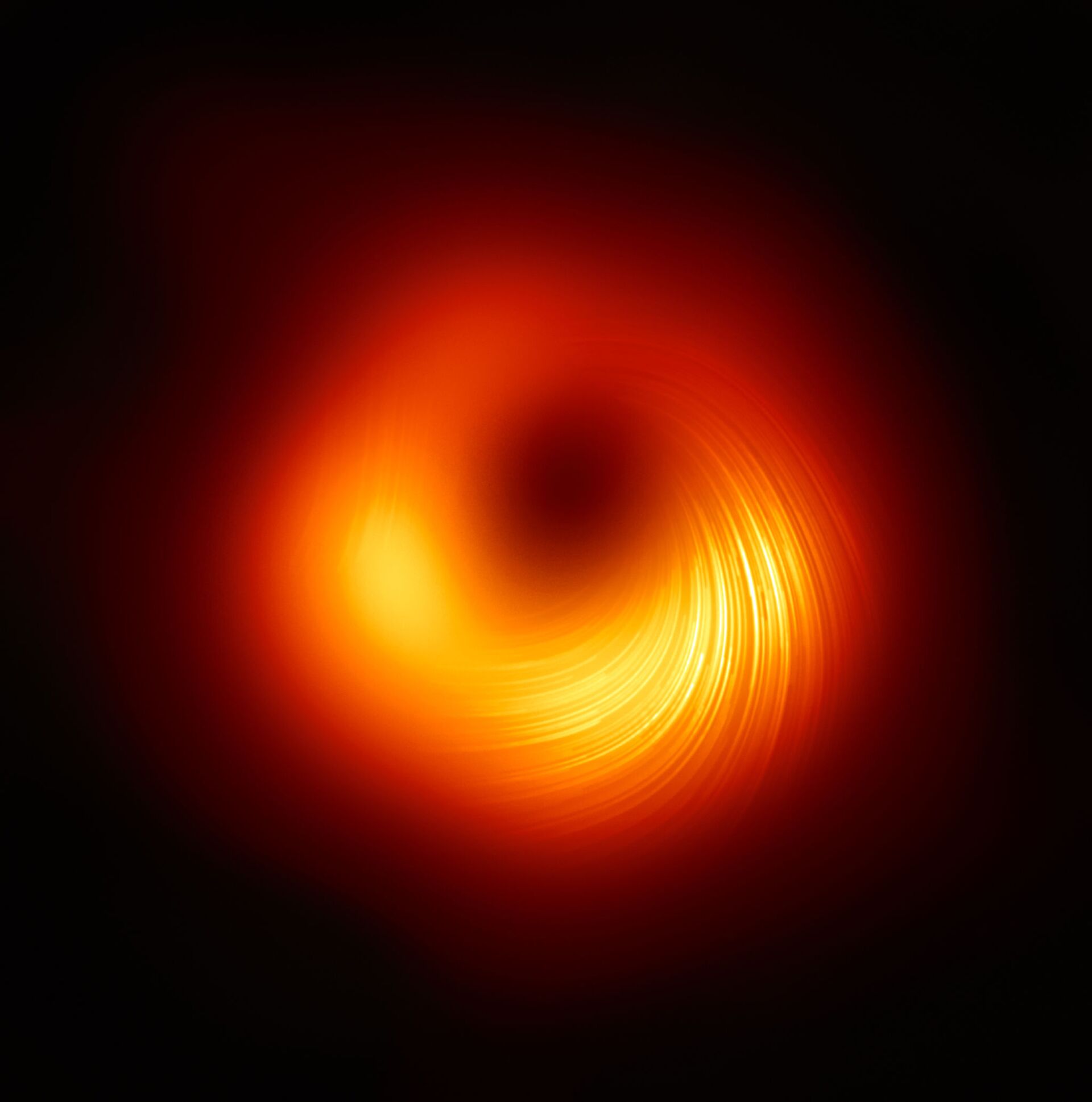 Similar to how polarized sunglasses help people see better by reducing reflections and other visual obstructions, researchers also explained in the release that “astronomers can sharpen their vision of the region around the black hole by looking at how the light originating from there is polarized.”

According to the team, the bright jets of energy and matter spewing from the galaxy’s core extend at least 5,000 light-years from its center. Additionally, while most matter along the edge of the black hole falls inside, some of the particles are able to escape and are shot out into the cosmos aboard jets emitted from M87’s core.

“We are now seeing the next crucial piece of evidence to understand how magnetic fields behave around black holes,” Monika Mościbrodzka, coordinator of the EHT Polarimetry Working Group, said in a statement accompanying the release.

The official also noted that the findings would help to further explain “how activity in this very compact region of space can drive powerful jets that extend far beyond the galaxy.” 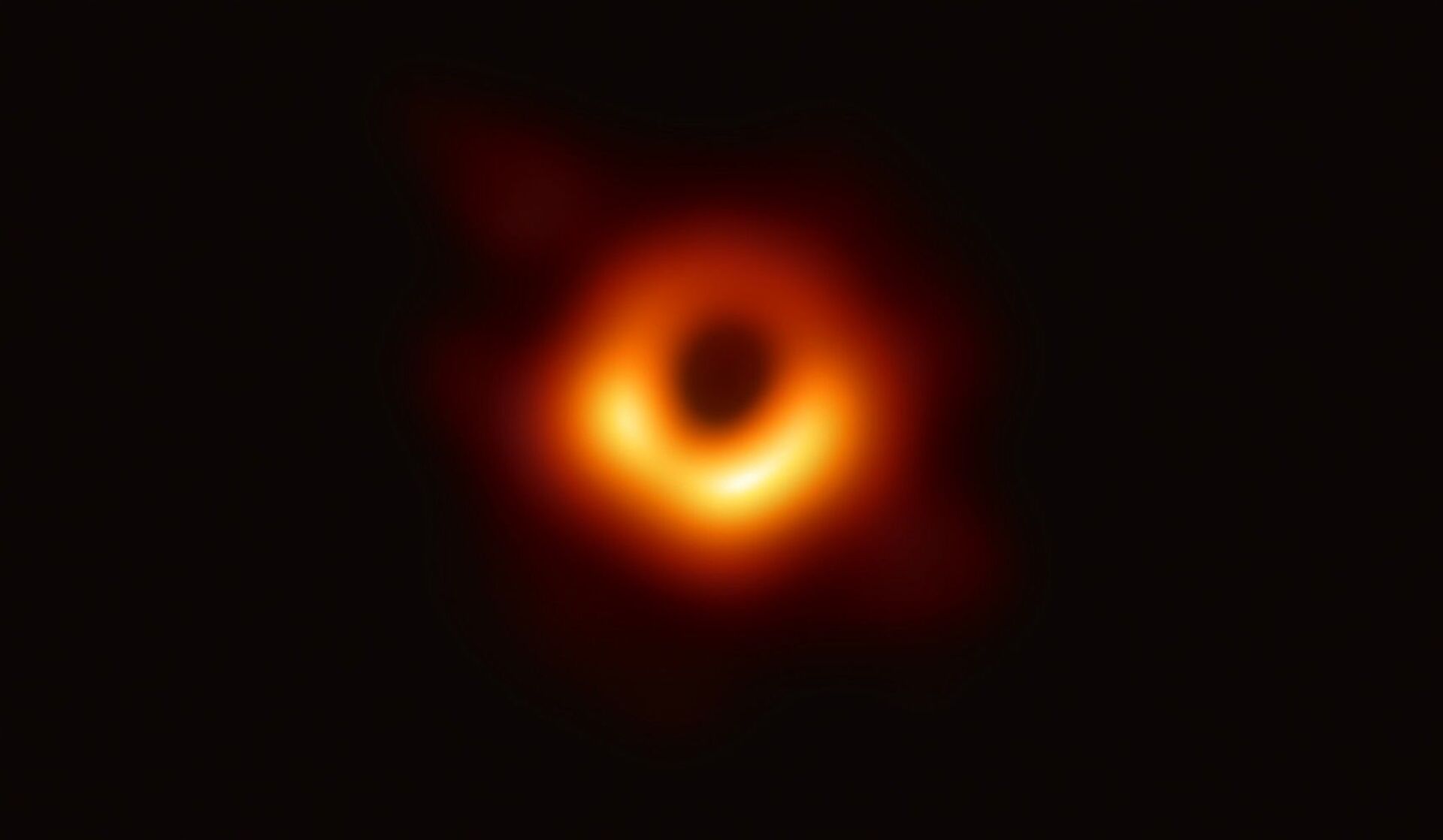 Located some 55 light-years from Earth, the distant black hole initially caught the attention of the public when the same group of researchers in 2019 released the very first image of a black hole.

The image documented a dark center surrounded by a red-orange, ring-like structure that scientists described as the emissions from hot gas that was swirling under the influence of strong gravitational forces.

The latest findings were published as part of a two-part study in The Astrophysical Journal Letters. The team hopes that their research will help to provide answers on how jets larger than one galaxy can be launched from a black hole, as well as provide a better understanding of how a magnetic field can change over a period of time.