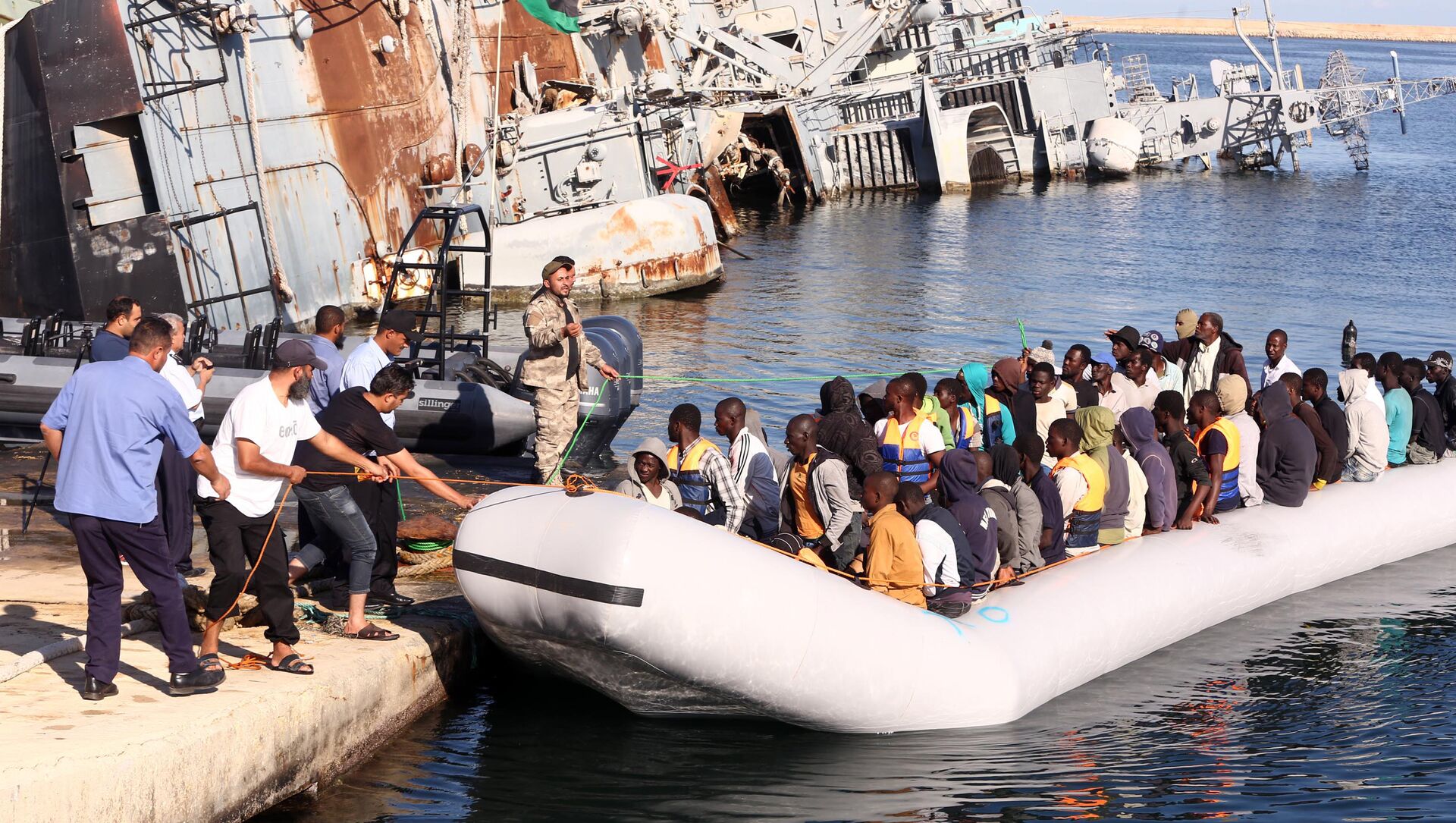 Igor Kuznetsov
All materials
Finland's Secrurity and Intelligence Service has described "Great Replacement" as a "conspiracy theory" that suggests an existential threat to the Western white population posed by immigration and multiculturalism.

The biggest threat of a terrorist attack in Finland is currently posed by individuals or small groups that support either "far-right" or Islamic fundamentalist ideology, the Finnish Security and Intelligence Service Supo has warned in its recent 2020 Yearbook report.

While gauging the overall threat as remaining "elevated" at level 2 on a four-point scale (which has been the case since the stabbing attack in Turku in August 2017), Supo warned that the activities of "far-right groups" in particular are becoming increasingly worrying.

Supo emphasised that the dangers posed by right-wing extremism had intensified in Finland and that it has continued to identify "far-right operators with the capacity and motivation to carry out a terrorist attack".

"We are talking about people or small groups who try to hide their activities and who don't necessarily have any connections to larger organisations apart from international right-wing extremist network environments", Supo's Head of Analysis Pekka Hiltunen told newspaper Hufvudstadsbladet.

According to Supo, these groups mushroomed in the mid-2010s, but their growth levelled off somewhat in recent years.

"The far-right counter-terrorism targets identified by Supo are typically linked to the extreme right-wing international online environment", Supo Director Antti Pelttari said in a press release, citing evidence of concrete preparations for an attack. Supo's Head of Analysis Pekka Hiltunen explained that this includes acquiring equipment suitable for an attack.

Among other things, the police suspected an anti-immigration group called Nationalist Alliance of preparing to commit a violent crime last year. Still, the authorities decided not to pursue the case due to a lack of sufficient evidence.

"If you look at right-wing extremism on a general level in the Western world, it is usually about immigration and immigration policy", Hiltunen emphasised, stressing the role of anti-Islamism, anti-Semitism, and general hostility to immigration as the pillars of extremist ideology.

Supo additionally noted that the "Great Replacement" theory, which claims the white European population is being demographically and culturally replaced with non-European people through mass migration, has been increasingly cited in right-wing circles.

"This conspiracy-theory frame of reference is based on the idea of an existential threat that migration and multiculturalism pose to the Western white population", Supo wrote.

However, while rejected by many politicians and media outlets as a dangerous myth, the term has been used by a number of MPs, including nationalist Finns Party leader Jussi Halla-aho and the party's vice-chair Riikka Purra.