US Border Crisis Raises Concern in Canada, Prompts Calls for Moratorium on Immigration 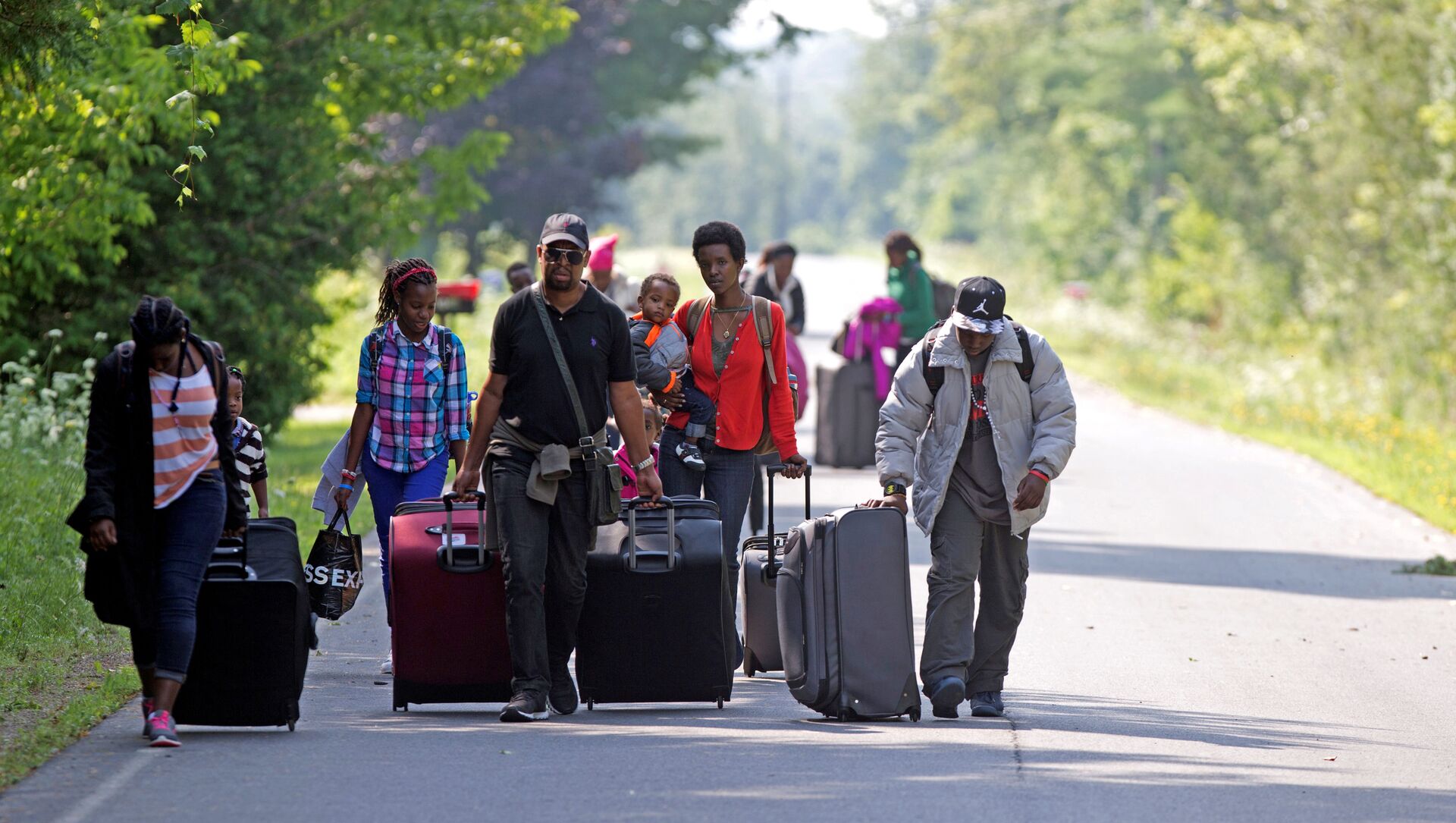 Denis Bolotsky
All materialsWrite to the author
Last week, two US newspapers reported that the Biden administration may fly illegal immigrants from southern checkpoints to the Canadian border, raising eyebrows in Canada, which has also seen an influx of illegal immigrants over the past few years.

Neither The Washington Post nor the New York Post specified where the immigrants will go from northern border checkpoints, so some Canadian observers, like political commentator Bill Tufts brought up the issue of Canada's "irregular checkpoints" on the country's border with the US.

Sputnik: Both US newspapers mentioned that immigrants may be transported to the Canadian border "for processing", without saying where they will go next. Is there a chance that some of them may eventually walk into your country through the "hole" in its border at Roxham Road.

Bill Tufts: I don't know. It seems like on the southern border of the United States they are really starting to get swamped by newcomers coming in from Central America, and I don't know how many of them they can handle. It sounds like they are not fully set up or prepared for the huge volume that's coming in. And, of course, it was well publicised when Biden got in that basically the borders were going to be opened. Canada is struggling to bring in as many newcomers as we can as well. I'm not sure what the rationale behind it is, but they seem to indicate that it's something that's going to bolster and help our economy. I was always a strong proponent of immigration when I was doing my pension book and studying the demographics behind it, but I'm not so sure now, when we have an economy that is struggling to get back on its feet, still closed down by lockdown.

There are a lot of problems out there. Last month, there were nearly 2 million Canadians who were unemployed. One of the major think tanks investigated unemployment, and found there were nearly 4 million Canadians who were underemployed. So, that doesn't seem to be making more sense when we're struggling to find jobs for Canadians who are here now, looking for work, or full-time work. To be opening borders is just all part of that larger globalist agenda. Upper class elites see that as their mission – to basically destroy national boundaries around the world.

Sputnik: The proponents of increased immigration levels argue that immigrants will make valuable contribution with their skills, labour, and knowledge. Does this seem logical from an economic perspective?

Canada Needs a 'Moratorium on Immigration for Now', People’s Party Leader Maxime Bernier Says
Bill Tufts: No, we have a lot of high-level, very qualified and capable people here now – various professionals from other countries: be they doctors driving taxis, or lawyers working as handymen. I don't see us reaching much of our full potential. It's not matching up with what they are telling us about the economy. And over the last several years, the economy has really been struggling to see any net gains. So, as a result, the real challenges that I see with the huge immigration coming into the country is the pressure on existing jobs, and, of course, that huge pressure on housing. In January, in Oakville – in one of our major cities outside of Toronto, average house prices increased 60% - from 1 million to 1.6 million.

​Now Canada is coming in only behind Hong Kong as the most expensive real estate market in the world. So, I would rather see us put a moratorium on immigration and hold off on it, until we get our economy under control, and start growing again, because, on the other hand – this Agenda-2030, the UN globalist initiatives are starting to shut down the industries, and sources of revenue that we're going to be generating more economic growth from. None of it seems to make sense and it doesn't really mesh with my understanding, thinking, and analysis of the situation.