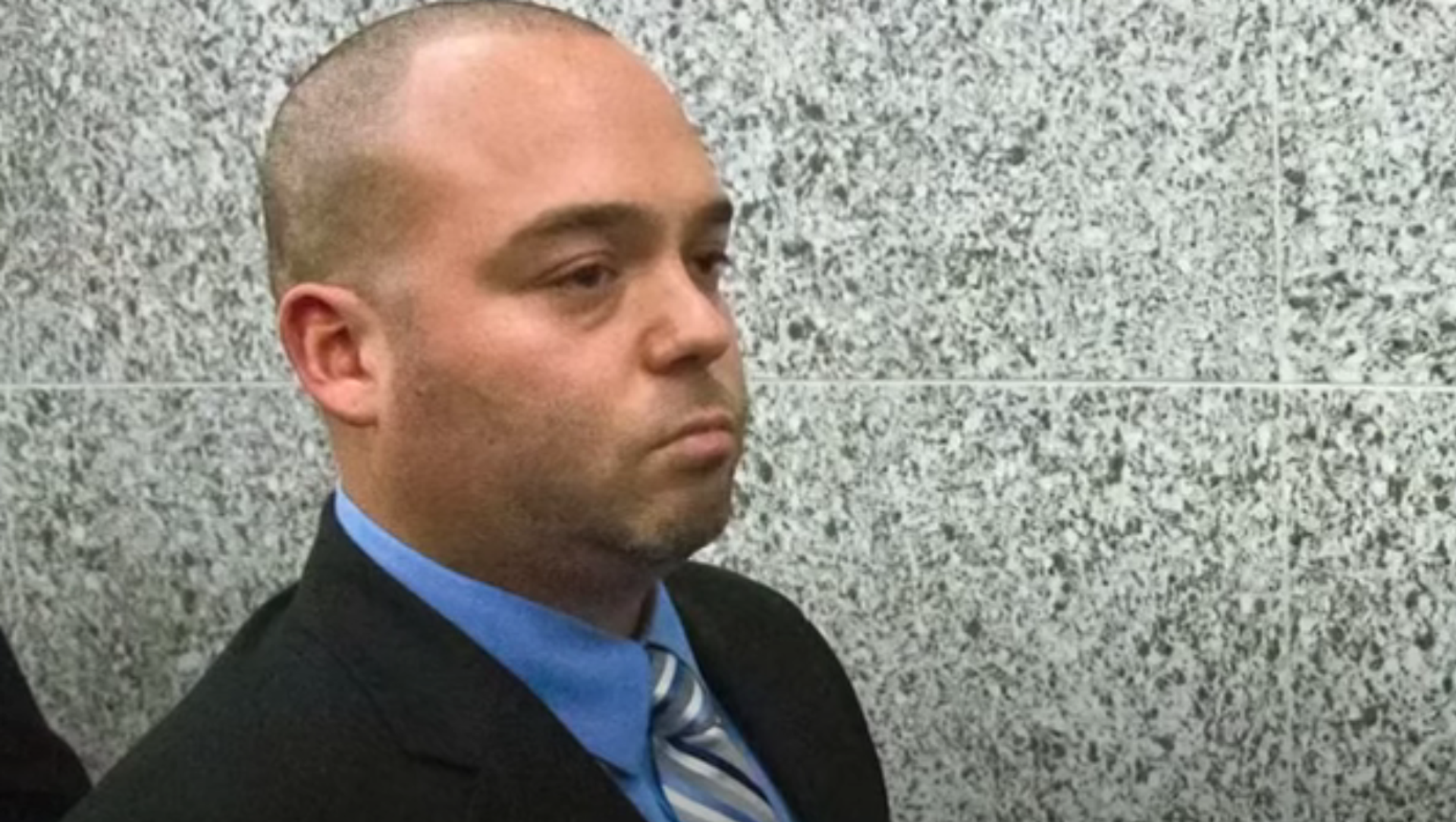 © Photo : YouTube / Associated Press
Subscribe
Evan Craighead
All materialsWrite to the author
New York City Police Department (NYPD) Officer David Afanador was notably the first cop to be arrested under the state's 2020 anti-chokehold legislation after he was seen pinning a man to the ground. Afanador is due back in court on Wednesday for this separate case.

Afanador, 39, was arrested by Long Beach, New York, authorities on Sunday morning, and later charged with criminal possession of a weapon and prohibited use of a weapon, the Associated Press reported Monday.

Police investigating the initial report of shots fired on Long Beach Boardwalk said the 39-year-old officer, who has not been permitted to carry a firearm since his 2020 chokehold arrest, was spotted carrying a loaded Beretta M9 - a 9mm, semi-automatic pistol - and three 15-round magazines.

He and three other individuals were seen leaving Ocean Beach Park around 6:50 a.m. local time when they were stopped by authorities.

Police believe the off-duty NYPD officer was firing shots into the Atlantic Ocean and, at one point, handed the firearm to 36-year-old Jennifer Sonnick. Both Sonnick and Afanador are Long Beach residents.

Afanador has also been cited for violating the beach's alcohol prohibition, as he was carrying a Truly hard seltzer at the time of his arrest, and suspended without pay by the NYPD.

The 39-year-old previously pleaded not guilty to strangulation and attempted aggravated strangulation charges in June 2020 after he was captured on video using a chokehold banned by the NYPD since the early 90s, and banned state-wide since June 12, 2020.

"[A]n officer put his hand around a person’s neck, and that [officer] was dealt with swiftly and was suspended," New York City Police Commissioner Dermot Shea said at the time.

However, Afanador's lawyer, Stephen Worth, has argued that his client was arrested "without a full and thorough investigation."

If convicted, the 16-year NYPD veteran faces up to seven years behind bars.

Be advised, the footage below may be disturbing to some audiences.

As you can see here, in 2014, he drew a gun on a black kid with his hands up, then used it as a weapon to smash the kid's teeth in. pic.twitter.com/DgNP8i7AkA

Afanador was previously acquitted in 2016 on charges related to the pistol-whipping of a New York teen.

According to the New York Daily News, the 39-year-old has been the subject of eight Civilian Complaint Review Board investigations (involving 18 charges) since joining the police force back in 2005.