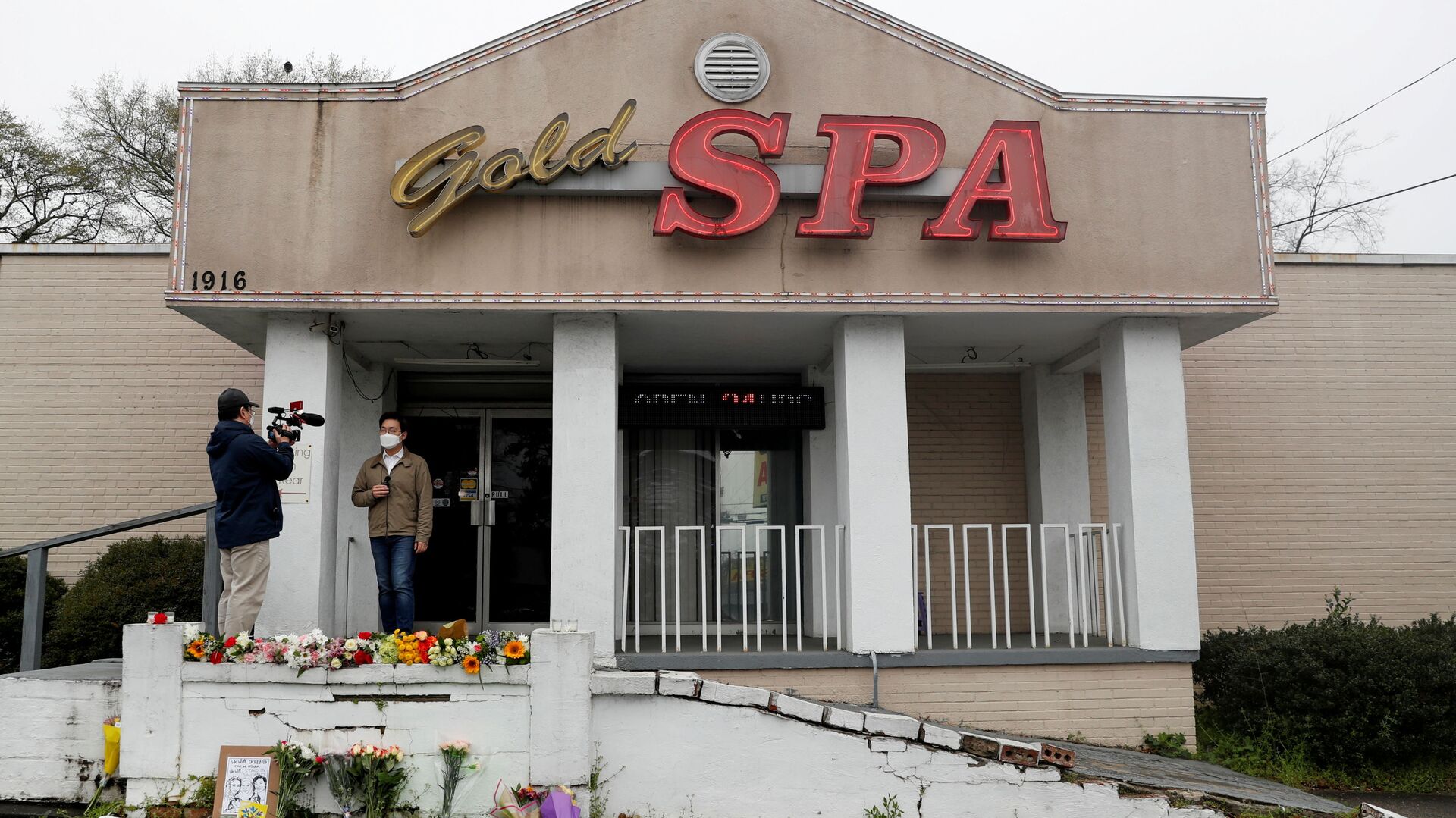 Oleg Burunov
All materialsWrite to the author
At least eight people were shot dead late Tuesday at massage parlours around the Atlanta metropolitan area in the US state of Georgia. The suspected gunman, identified as 21-year-old Robert Aaron Long, has been taken into custody.

The FBI and other US police forces are currently under pressure to contain anti-Asian hate crime following this week's Atlanta spa shootings that claimed the lives of eight people, including six women of Asian descent, The Guardian reports.

Law enforcement agencies are facing criticism for their extremely low levels of reporting pertaining to hate crimes against Asian Americans in the US.

Sung Yeon Choimorrow, executive director of the National Asian Pacific American Women's Forum (NAPAWF), told The Guardian "it's taken six Asian American women dying in one day to get people to pay attention to this".

She suggested that "record keeping of hate crimes against Asian Americans" remains "so low because they are not even willing to accept that we are discriminated against and harassed because of our race". 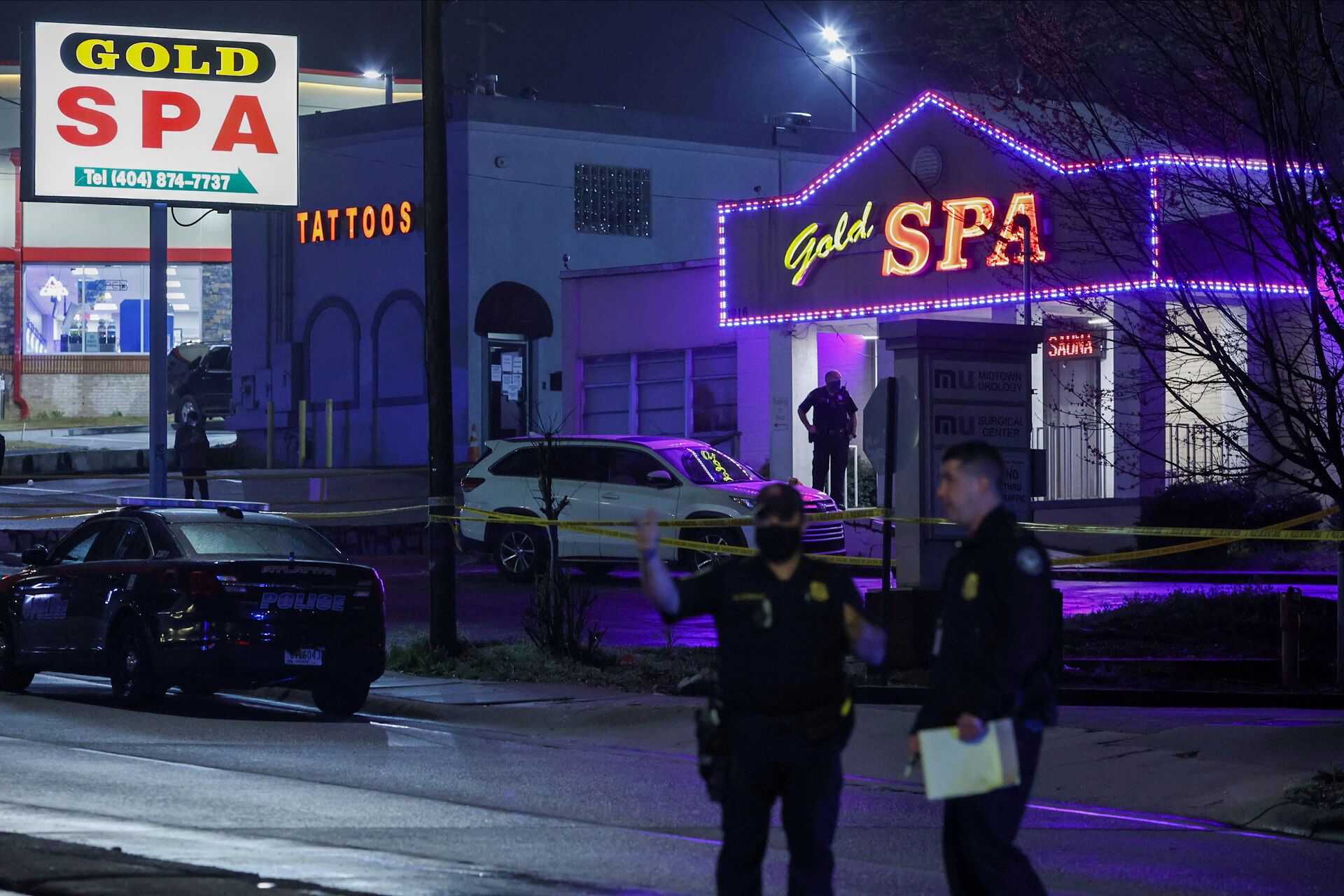 Choimorrow also referred to a surge in hate incidents during the COVID-19 pandemic, claiming that she "experienced racism directed at me around the pandemic just walking around my Chicago neighbourhood".

She added that during the incident, a man chased her and her daughter down the street yelling "Go back to China and take your virus with you!'"

A NAPAWF report, due to be released in the near future, found that about 50% of Chinese American women had gone through racist slurs in public.

Marita Etcubanez of the group Asian Americans Advancing Justice, in turn, insisted that the permanent underreporting emanates from individuals' unwillingness to interact with law enforcement agencies and lack of language support, among other things.

"Many immigrants are distrustful of government and aren't confident that they will get the help and support they need if they do report", she pointed out.

Her view was shared by the nonprofit organisation Stop AAPI Hate, which released a survey that mentioned at least 3,795 incidents related to verbal harassment, physical assault, and workplace discrimination against Asian Americans during the coronavirus pandemic.

The organisation stressed that the incidents are "only a fraction of the number of hate incidents that actually occur, but it does show how vulnerable Asian Americans are to discrimination".

US Woman Charged With Hate Crime After Spitting on, Using Slur Against Asian American
The FBI's hate crimes-related statistics showed that in 2019, about 4,930 individuals fell victim to crimes where race or ethnicity was the motive. They included 4.4% who were victims of anti-Asian bias, as compared to 48.5% of anti-black and 14.1% of anti-Hispanic bias.

The New York Times has, meanwhile, reported, citing local authorities that the suspect in the Atlanta massage parlour shooting spree, 21-year-old Robert Aaron Long, has been charged with eight counts of murder.