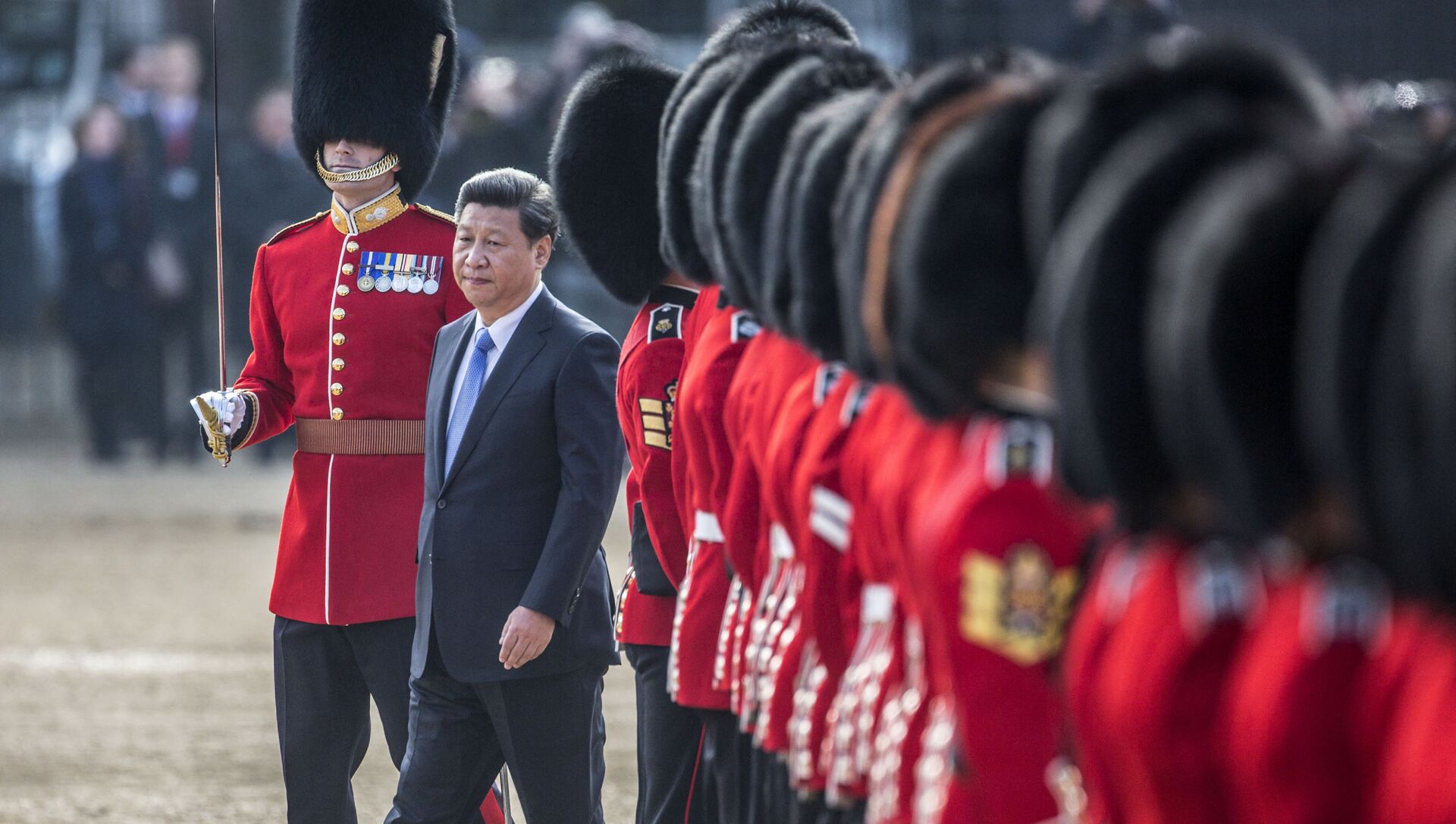 Oleg Burunov
All materialsWrite to the author
Last year, UK parliament Defence Select Committee member Tobias Ellwood called on Prime Minister Boris Johnson to join efforts with the US on a new blueprint for global unity, warning of the intensifying rivalry with China that the MP claimed may spill into an "eventual conflict".

In a due-to-be-published landmark review of the UK's defence, security, and foreign policy China is mentioned as the country that poses the "biggest state-based threat" and "systemic challenge" to Britain's economic security, prosperity, and values, The Times reports.

According to a copy of the 100-page report titled "Global Britain in a Competitive Age", Beijing presents an "increasing risk to UK interests" due to China's military modernisation and increasing international clout in the Pacific region and beyond.

The review, which is set to be released later on Tuesday, will also reportedly warn that the UK will "not hesitate" to defend its values and boost protection of the country's important infrastructure, including transport, the national grid, and water supplies.

At the same time, the report allegedly calls for pursuing "a positive economic relationship" with Beijing that should stipulate developing "deeper trade links and more Chinese investment".

London and Beijing remain at loggerheads over an array of sensitive issues pertaining to the origins of the COVID-19 pandemic, Huawei, and human rights, among other things.

Most 'Acute Threat' to UK Security

Apart from UK-Chinese ties, the report will reportedly focus on London's relations with Russia, who is described as the most "acute threat" to Britain's security.

"Until relations with its government improve, we will actively deter and defend against the full spectrum of threats emanating from Russia", the document will point out.

Moscow-London ties are still at an all-time low after former Russian intelligence officer Sergei Skripal and his daughter were "poisoned" in March 2018 in the UK city of Salisbury.

London claims that Moscow played a role in the incident, while Moscow refutes such allegations. Russian Foreign Minister Sergei Lavrov said back in May 2019 that the Skripal case was falling apart due to a lack of any evidence incriminating Russia. On the whole, "Global Britain in a Competitive Age" contains at least four key chapters, such as science and technology, the open international order of the future, security and defence, as well as the build-up of resilience at home and abroad, according to The Times.

The report's special focus will most likely be on cyberspace, which "will be an increasingly contested domain, used by state and non-state actors". The document will predict that hacking capabilities may spread to more countries across the world amid nations' growing reliance on digital infrastructure.

Separately, the review will ostensibly touch upon "the main sources of [the] terrorist threat" that currently emanate from "Islamist and Northern Ireland-related terrorism and far-right, far-left, anarchist, and single-issue terrorism".

UK Reportedly Has 'Appetite' for Joining 'Asian NATO' to Counter China
The survey is expected to refer to "overseas poor governance and disorder" which may increase "space for terrorist and extremist groups to operate", suggesting that "a terrorist group will launch a successful CBRN [chemical, biological, radiological, and nuclear] attack by 2030".

Additionally, the report will reveal the growing number of Trident nuclear warheads the UK can stockpile due to concerns that other countries are "increasing and diversifying their nuclear arsenals".

As far as British troops are concerned, they will serve overseas "more often and for longer", with a new "reservist cadre" expected to be recruited as a national disaster force, according to the review.