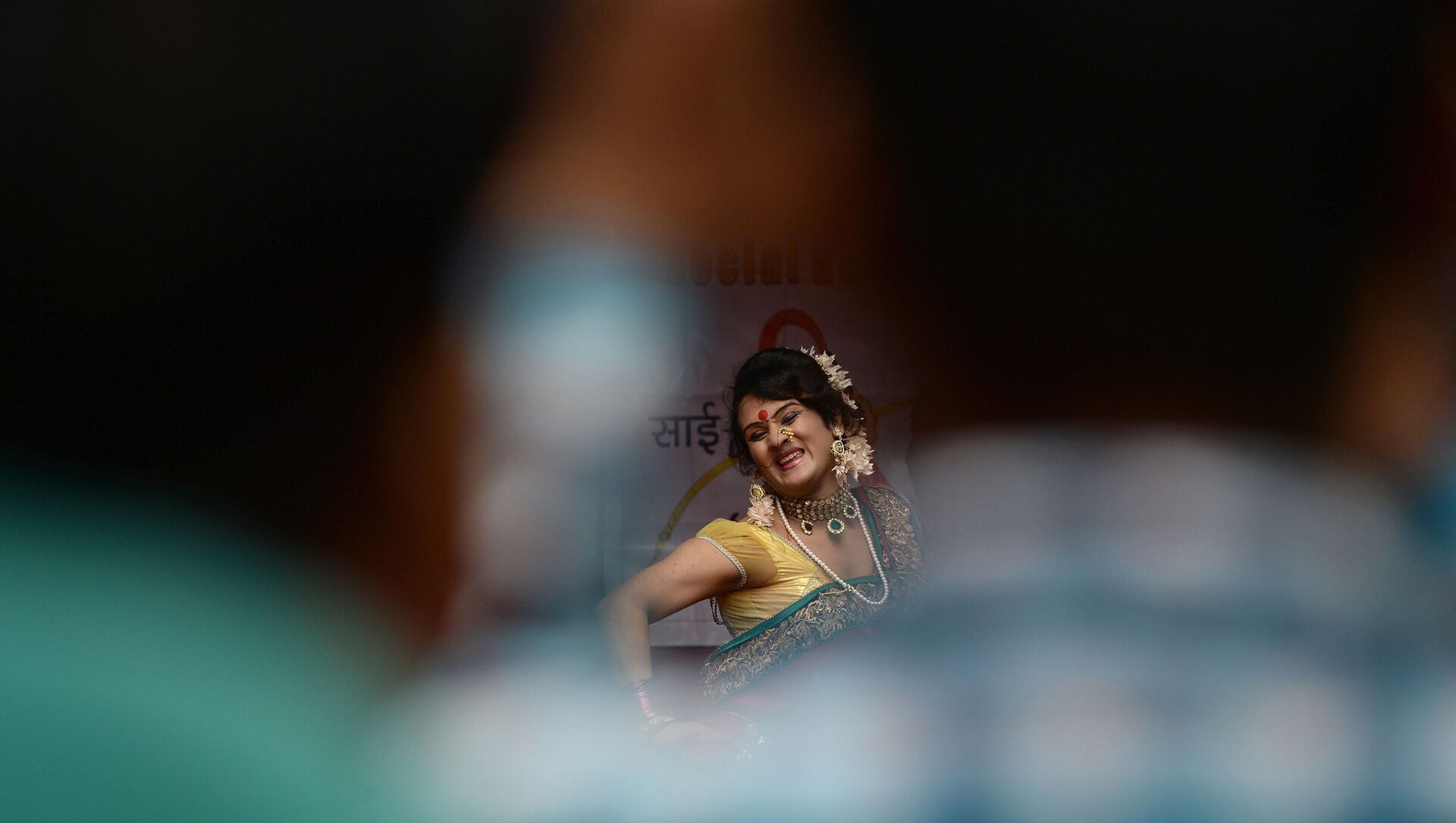 Sangeeta Yadav
All materialsWrite to the author
Filmmaker Sanjay Leela Bhansali's upcoming movie ‘Gangubai Kathiawadi’ starring actress Alia Bhatt is based on the life of a Mumbai-based brothel owner who fought for the rights of the women who worked as prostitutes in Kamathipura area during the 1960s. The film is an adaptation of the crime novel ‘Mafia Queens of Mumbai’ written by Hussain Zaidi.

The residents of Kamathipura in southwest part of India’s Maharashtra state are outraged at the makers of the upcoming Hindi movie ‘Gangubai Kathiawadi’ for causing them to face the stigma of living in a ‘red light area’.

On 5 March, a group of young people from Kamathipura complained to Maharashtra Congress politician Amin Patel, who is in charge of the assembly constituency, about ‘Gangubai Kathiawadi’ and a new web series, ‘Kamathipura - Teen Khoon Ek Raaz’ for showcasing the area as a hub of prostitution, human trafficking, the drug trade, and murder.

“Back in 1950-60s, a small section of Kamathipura turned into a red light area and since then the entire region is known as India’s oldest red-light area. But now in 2021, a lot has changed and today well-educated people reside in Kamathipura with their families. You can’t show Kamathipura today what it was in 1950-60s and by linking them to prostitution, you are harming their reputation,” Patel tells Sputnik.

One of the residents, Dr. Aashish, pointed out that the residents have been stigmatised and looked at in a bad light by others just because they hail from Kamathipura.

“Currently, the red-light area that exists is just 2 streets out of a total of 43 streets in Kamathipura, which is just 5 percent of the whole neighbourhood. By showing the entirety of Kamathipura as the red-light area in ‘Gangubai Kathiawadi’ and showing its residents as having a link to the prostitution business leads to a direct negative impact on them,” he says. 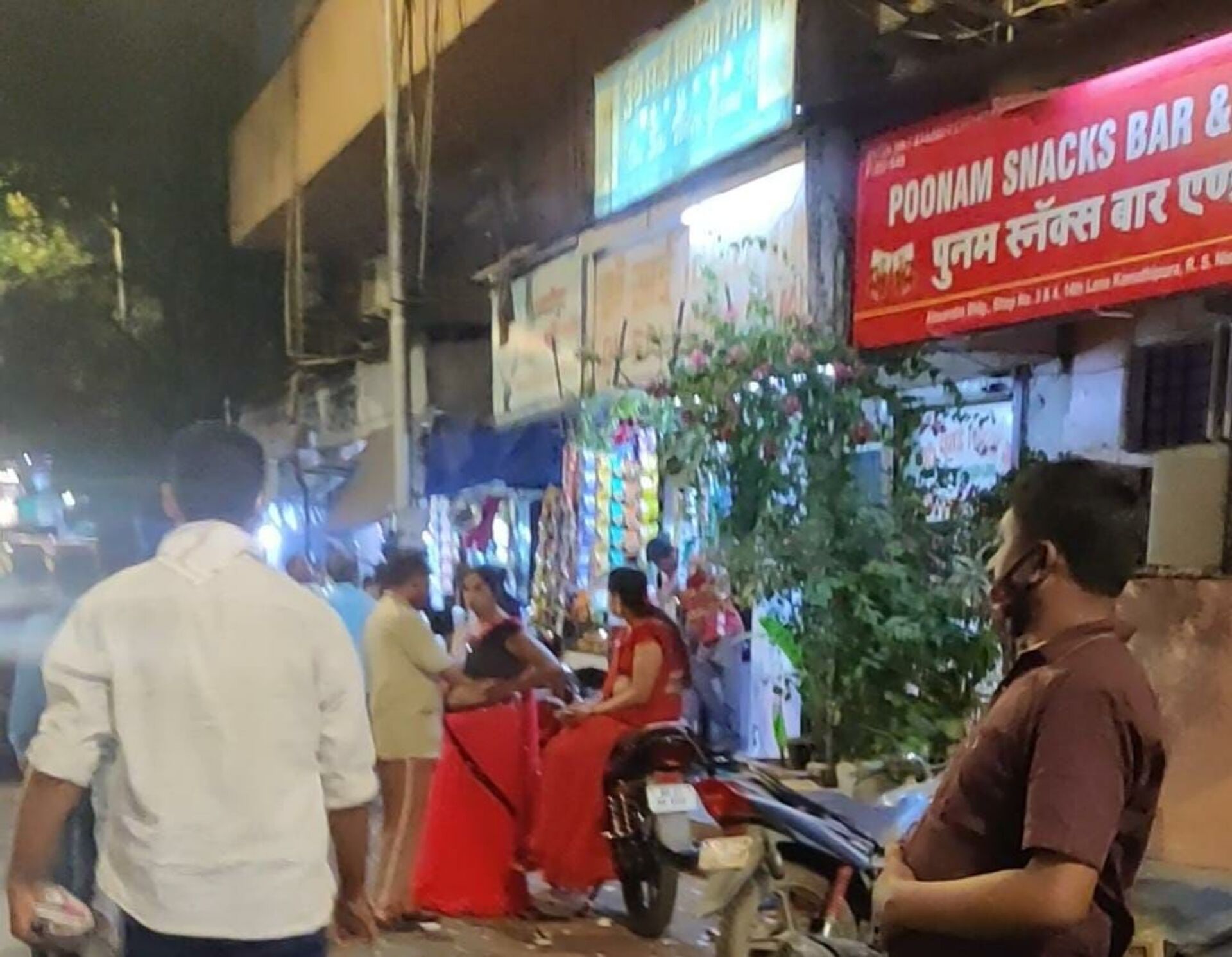 A Ban on the Word ‘Kathiawadi’ in Movie Titles?

Another major objection that has been raised by the people is the use of ‘Kathiawadi’ in the title of the movie, which refers to the community of people from Kathiawar region in Gujarat state.

“The makers should give a voice-over disclaimer that this movie, based on the life of Gangubai, is set in 1950s-60s. Today, Kamathipura is no more a prostitution hub. Second, remove the ‘Kathiawadi’ name from the title of the movie. It’s wrong to show the entire community in that light. We shouldn’t identify a women’s profession and a story with that of its community. It’s not that the Kathiawadi people had come to join the red-light area,” Patel tells Sputnik.

2- The title associates 1 individual to the Kathiawad region and community which is again misrepresentation hence the film title should be changed too.
People of Kamatipura have come a long way and we should not do anything that could hurt the image of these people !
2/2

Gangubai’s grandson Vikas Chandra Gowda, who still lives in Kamathipura, opines that since people outside Kamathipura have never been to the locality, they only believe in what is shown in movies, web series, or written in books.

The filmmakers cash in on the name of Kamathipura as a red-light area, not realising that it will have a direct impact on the middle-class people who reside there. 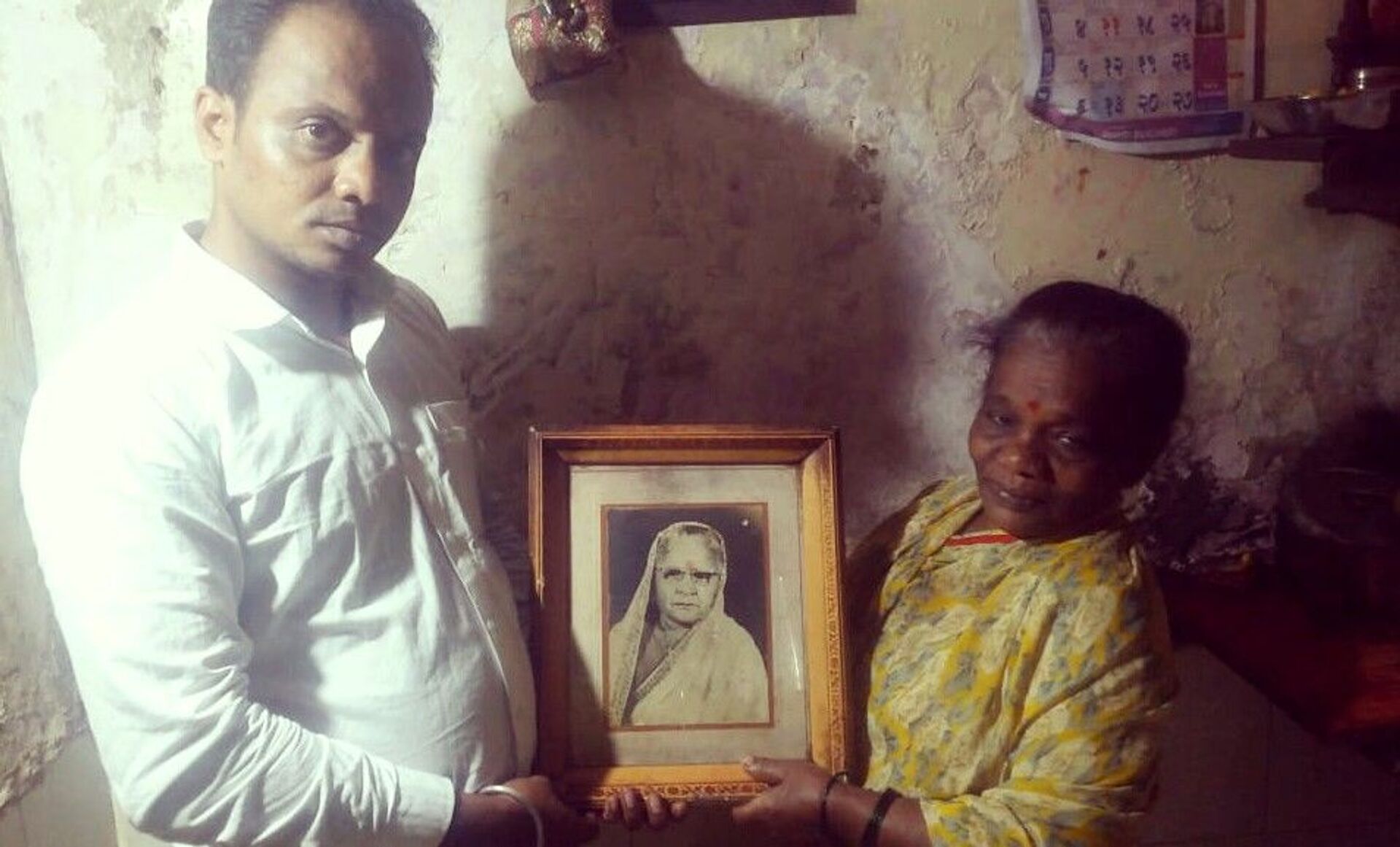 “People think that whoever stays here are prostitutes’ children and workers. They don’t see us in a respected manner,” says Vikas, who is fighting a separate battle with the director Sanjay Leela Bhansali for making a film about his grandmother without obtaining the family’s permission and also using false information about Gangubai.

Pratibha Kiran Surve, who was born and brought up in the same neighbourhood, tells Sputnik that because of the stigma attached to it, our next generation is suffering.

“When the school administrations see that the child is from Kamathipura, they decline admission as other student’s parents object and fear that their child will have a bad influence. People aren’t getting a job because of the Kamathipura address on their resume,” Pratibha tells Sputnik. Many parents are finding it difficult to find a bride for their son because they hail from Kamathipura.

“Nobody wants to marry off their daughter to someone who lives in Kamathipura just because it’s infamous for prostitution. When women step out of their homes, people look at them in a bad light. Our survival has become difficult and we can’t step out with peace of mind”, Pratibha tells Sputnik.

Another resident of Kamathipura, Rukesh Girolla, who is a part of the political party Maharashtra Navnirman Sena, shares that because of the stigma, “no development is taking place in the area” and “residents are moving out of the place or putting their houses up for rent”. 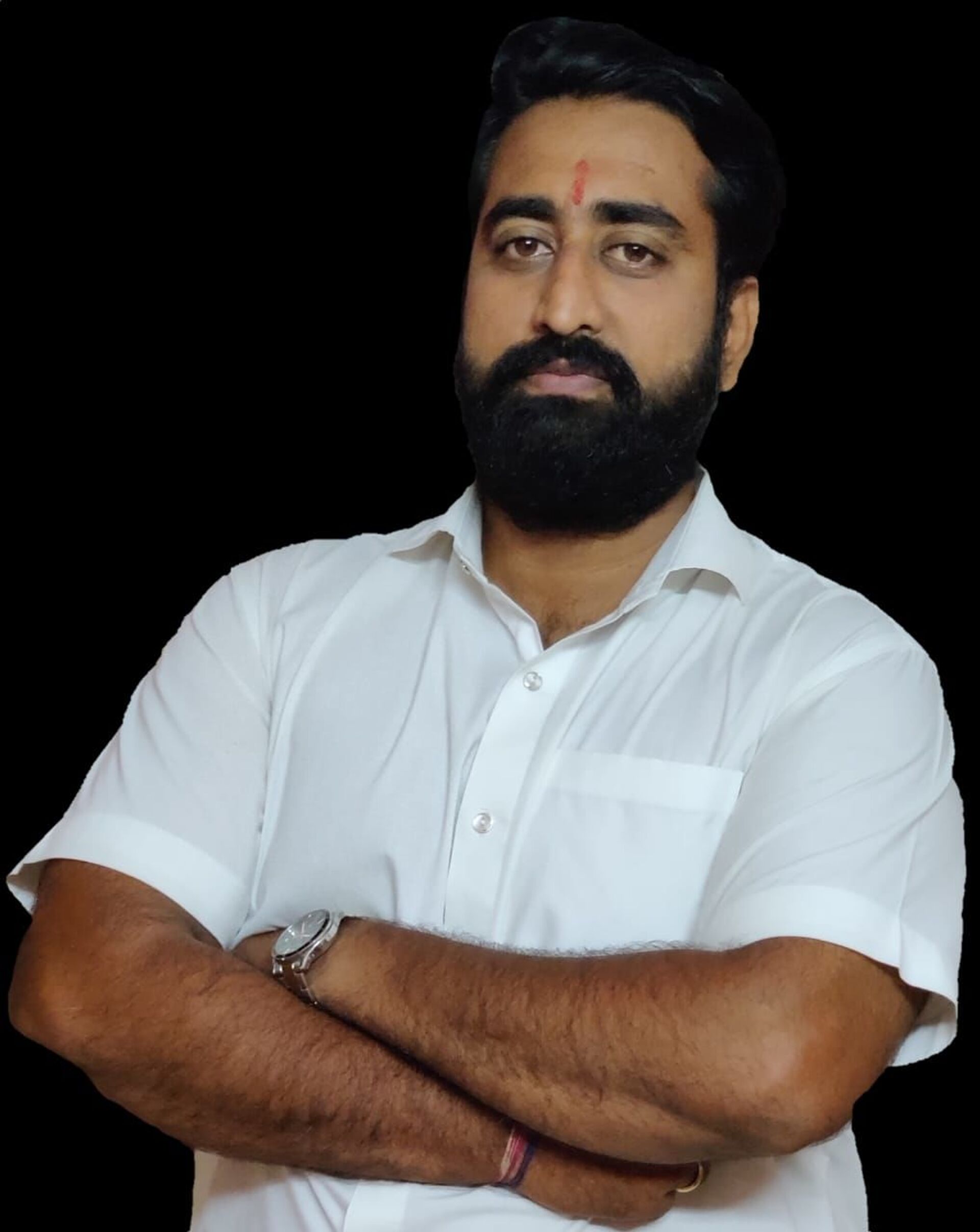 “Today, so many places in Mumbai getting redeveloped as a mega-city but Kamathipura is still struggling due to the stigma attached to it. We are stuck in the past and people don’t want to see the reality. If you look at any movie or web series on Kamathipura, it shows that only prostitutes and bar dancers live here and women are trafficked and sold. What filmmakers are showing, people are believing that only. They should be more sensitive and sensible towards projecting such things,” Girolla tells Sputnik.

To prevent all this, Dr. Aashish shares that the censor board should not allow this movie to be released worldwide without a disclaimer or new title.

“The filmmakers are taking the advantage of the stigma attached to the name to gain publicity. Don’t they have some responsibility towards society and how their movie might affect the people of Kamathipura? In the name of creative liberty, they could have changed the name of the place. If filmmakers can’t do anything for us, at least don’t trouble us by stigmatising us further worldwide,” Dr. Aashish tells Sputnik.

While Patel managed to ban the release of the web series ‘Kamathipura - Teen Khoon Ek Raaz’ that was about to go on air from 8 March on the OTT platform Disney+ Hotstar, the residents are now after the biopic ‘Gangubai Kathiawadi’ and demanding a ban on its release, which is slated for 30 July 2021.