The Sputnik Intelligent Punter’s Guide to the 2021 Cheltenham Racing Festival: Part One 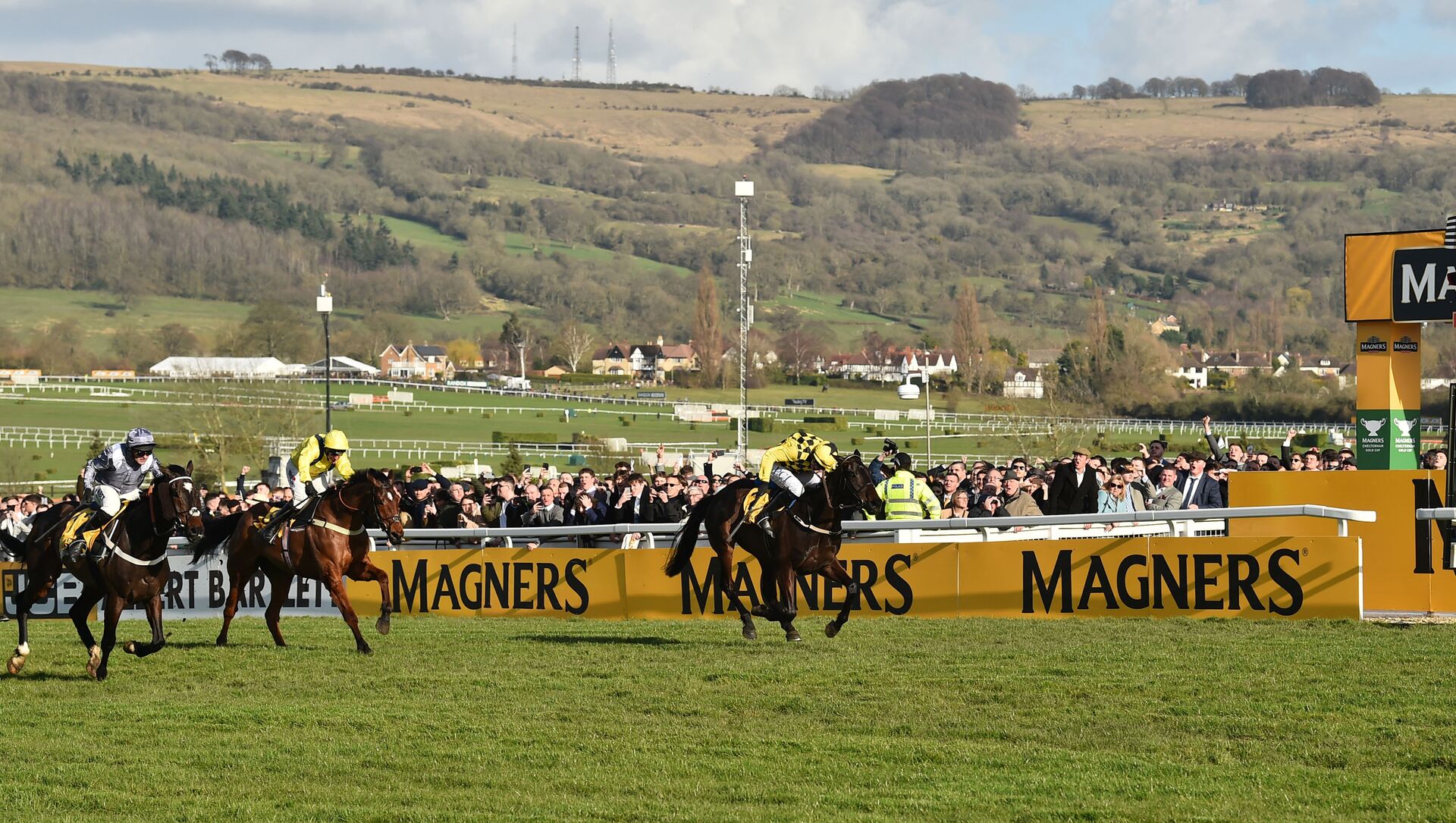 Neil Clark
All materials
The Olympics of National Hunt racing takes place in the scenic English Cotswolds this week, with four days of top class action, running Tuesday to Friday. Who are the likely winners?

It’s Cheltenham, Jim. But not as we know it. For the first time the world famous festival of jump racing is being held behind closed doors. That means no mighty, spine-tingling Cheltenham roar when the tapes go up for the start of the Supreme Novices on day one. No huge cheers to greet the winners. Cheltenham without spectators, without owners, without bookies, simply won’t be the same. It’s no use us pretending otherwise.

Not only that, but there’ll be no amateur jockeys riding either. Again,  it’s all down to the seemingly never-ending Covid restrictions. Field sizes are down too- just look at how many go to post in the big races on Tuesday. And on top of all of this a very familiar name will be missing from the trainers’ list. Gordon Elliott, who has trained 32 Festival winners is currently banned, with his horses transferred to the care of Denise Foster.

But amid the general doom and gloom, we still have some great racing to look forward to. On Friday, Al Boum Photo bids to become the first horse to win three consecutive Gold Cups since Best Mate and only the fifth horse in history- after Golden Miller, Cottage Rake, Arkle and Best Mate- to win more than two Blue Ribands. 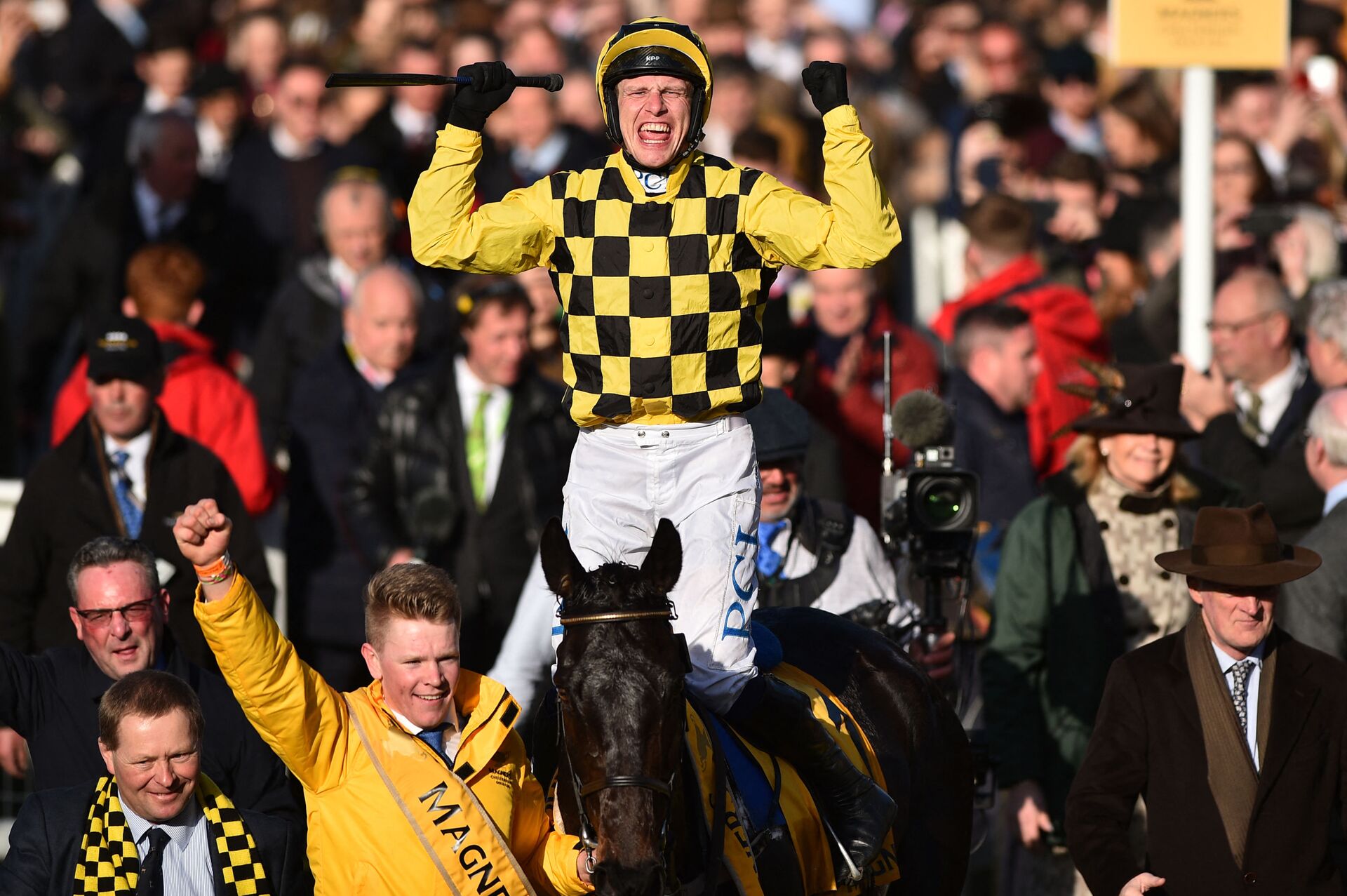 Last year our Sputnik Intelligent Punter’s Guide to the Festival was a rich source of winners and placed horses, getting off to a flying start with 16-1 shot Put the Kettle On winning the Arkle, so let’s see if we can do the same again!

To help us tilt the percentages in our favour, it is important to keep in mind the following key factors when deciding what to back.

Now let’s take a closer look at the first two days’ action. A preview of day two, three and four will follow on Wednesday morning.

The feature race of Day One is the Champion Hurdle (3.30). Goshen, so unlucky in last year’s Triumph, is respected, but the two mares, Honeysuckle and Epatante, both have a very handy 7lbs allowance from the rest of the field and that gives them an obvious advantage.

Honeysuckle literally has a perfect  record- she has never been beaten in 10 hurdle races and one point-to-point. Those hurdle wins included a victory in last years’ Mares Hurdle, while last time out she beat Abracadabras by 10l in the Irish Champion Hurdle.

Epatante won last year’s Champion Hurdle very impressively (as we predicted) and although she was disappointingly beaten at long-odds on at Kempton last time out, we can be sure Nicky Henderson (going for his ninth win in the race), will have  her primed to do much better today. It’s a tough call between the two, but multiple winners are a feature of this race, and that might just tilt things in Epatante’s favour. Regarding each-way plays, horses placed in the race in previous years do tend to come back and run well again (think of the likes of Melon and Theatreworld), so last year’s second Sharjah, could reward support at 10s.

The Ultima chase (2.30) is always ultra-competitive but last year we managed to find the second and third. Happygolucky (7-2) has good course form, which is an obvious positive, but against that favourites have a poor record. Devon trainer Nick Williams won this in 2018 and his One for the  Team (13-2) has attracted ante-post support. The consistent Aye Right (11-2) has a similar profile to last year’s winner The Conditional, who also finished second in the Hennessy.

Two longer priced entries of each-way interest  are Vintage Clouds (18-1) and Nietzsche (25-1). The former has been a regular in this: finishing third in 2018 off a mark of 141, second in 2019 off 144 and eighth last year off 151. He’s now back down to 143 so should be competitive. Nietzsche is stepping up into the unknown trip-wise but he was staying on at the finish over 2m3f at Doncaster on his penultimate start. His finest hour as a hurdler came when winning the Greatwood at Cheltenham as a 20-1 shot in 2018 and his form at the track reads 3613.

Last year we had the 16-1 winner of the Arkle, but this year just six go to post at 1.55 and we’ve got an odds-on favourite Shiskin, who should be hard to beat. If you don’t fancy wading in on last year Supreme Novices’ winner at 1-2,(and let’s face it that’s no working-man’s price), then perhaps an each-way play on Captain Guinness at 9-1 is the way to go. Trainer Henry de Bromhead won this last year with Put the Kettle On, and his representative this year was travelling well when brought down three out in the Supreme Novices last year. He fell last time when pressing the leader two out in a Grade One at Leopardstown but with a clear round could go close.

This year’s Supreme Novices is off at 1.20 (ten minutes earlier than usual) and Willie Mullins’ Appreciate It, just touched off in last year’s bumper but unbeaten over hurdles, is a worthy favourite.

In the mares hurdle at 3.40 Mullins, who’s won the race nine times in twelve runnings, should strike again with Concertista. Last year’s Coral Cup runner up Black Tears, a 14-1 shot, is one of the each-way possibles. In the National Hunt Chase (4.50), Galvin, who won impressively at the track in December, and was second at the Festival last year, makes plenty of appeal. In the Fred Winter (4.15), the sage advice could be to back Sage Advice each-way at 16-1. The Dr Richard Newland-trained runner has won on his last two starts on soft ground.