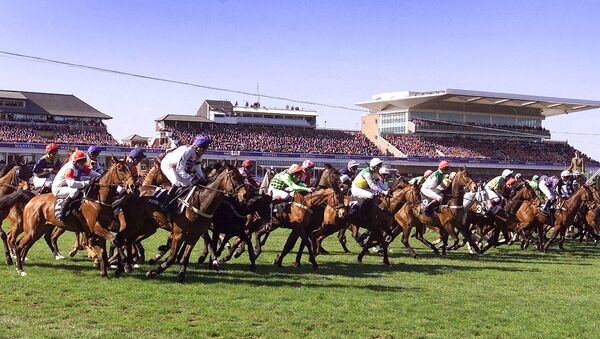 Neil Clark
All materials
The Cheltenham National Hunt Festival, which took place between 10th-13th March 2020, has been widely blamed for the spread of Coronavirus in the UK. That’s unfair as actual evidence is scant and focusing obsessively on racing lets the real culprits off the hook.

‘Twats’. That’s been the standard social media response to pictures of the packed crowds at this year’s Cheltenham Festival. The annual Olympics of jump racing has been made the fall-guy for the UK’s Covid-19 deaths. ‘It should never have gone ahead.’ ‘It was crazy to allow it‘. ‘The people who attended were reckless idiots’.

The ‘It was Cheltenham wot did it’ narrative has become so pervasive that almost everyone seems to take it as an incontrovertible fact that four days of horse-racing in the Cotswolds in mid-March did have a major impact on the spread of the virus.

But do we actually know for sure that it made such a difference? A few weeks ago we read that three ‘high-profile’ racegoers had suffered Covid-19 symptoms.

How do we know they got them from other people at the racetrack? To test positive for Covid-19 after attending Cheltenham is not conclusive proof that you got it there, you could have caught it somewhere else. On 22nd March, the Belfast Telegraph reported that one man from the Republic of Ireland who had been to Cheltenham had tested positive, but he was not seriously ill. Again, we can’t say for sure that because he was there, he got infected there. Writing in the i newspaper racing editor Jon Freeman said he suspects he got Covid19 from Cheltenham. Again, we don’t know for sure. Likewise with Lancashire County Cricket Club chairman David Hodgkiss, who sadly died from Coronavirus, having attended Cheltenham a few weeks earlier. It’s probable, on the law of averages, some people DID pick up the virus at the Festival. But its equally likely we’re not talking about very large numbers. 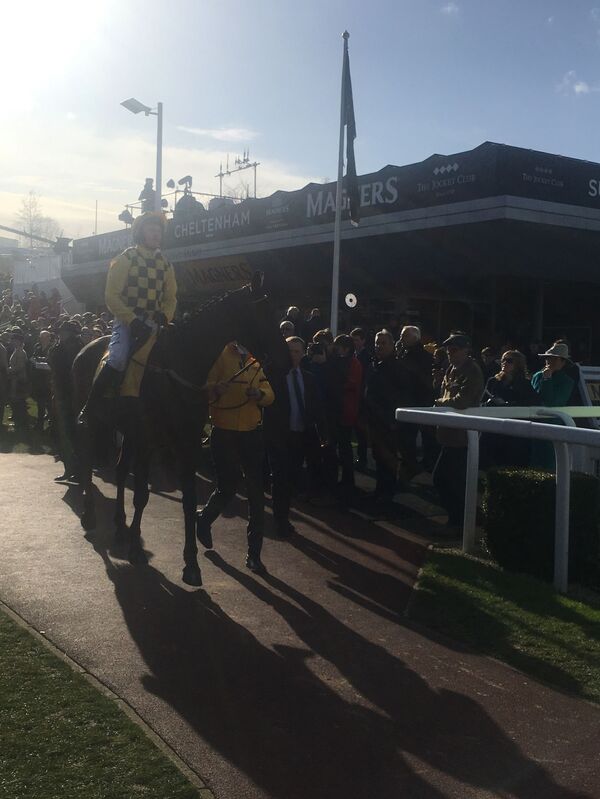 A sizeable percentage of the Cheltenham crowd came over from Ireland, as they do every year, and if the Festival was such a vector for the spread of the virus (or a ‘human soup‘ to use the phrase of tv doctor Hilary Jones),  you would therefore expect cases in the Irish Republic to be a lot higher than they are. Dr Tony Holohan, Ireland's chief medical officer, was cited in the Racing Post as saying there was no evidence to suggest a link between people who were at the festival and cases or clusters of the coronavirus.

I’ve also seen tweets showing that Gloucestershire Hospitals NHS Trust- which covers the Cheltenham area- reported the highest deaths in the south-west (107). But again this doesn’t tell the whole story. Relative size is important. As the Racing Post ‘Fact Check’ pointed out Worcestershire Acute NHS serves 20,000 fewer people than Gloucestershire yet has had 21 more deaths. Looking at the bigger picture Gloucestershire is well in the bottom half of the table for Covid19 deaths per 100,000 people in England.

Again, if the Festival was such a spreader, you’d surely expect it to be much higher up.

To big up the ‘Cheltenham factor’, there’s been some creative accounting. It’s regularly repeated that 250,000 attended the races but that is only if you add up the attendances of each day. Many people (myself included) went for more than one day. Lots of people attend all four days. So the number of different people who attended in 2020 is likely to be significantly less than 250,000.

What is also not mentioned is that the racecourse did take the threat of Covid19 very seriously.  As a Cheltenham spokesperson quoted in the Guardian said:“We promoted the latest public health advice and introduced a range of additional hygiene measures at the event, including hundreds of hand sanitiser dispensers and extra wash basins.”

Listening to some people talk you’d think that the racecourse was encouraging everyone to kiss and cuddle and hold hands and that everyone who went to the meeting has either died or become ill. I did get ill after going to Cheltenham- but that was in 2017 and not 2020. Of course, given the time of year (at the end of a long winter when our immune systems are quite low), and the energy-sapping nature of the modern four-day festival some people will become poorly after attending. That’s normal.  It’s only this year that the subsequent health of Festival goers has received such attention.

The anti-horse racing fraternity will latch on to any reason to discredit a sport that some would like to see banned altogether in the mistaken belief that it’s cruel. ( It isn’t and if we didn’t have racing these wonderful racehorses, who are very well looked-after, wouldn’t be bred.)

There’s also those ‘Roundhead’ types who don’t like gambling, or people congregating outdoors and having a good time. There’s been a totally misplaced ‘class war’ element too in some of the criticism. The idea that everyone who makes the annual pilgrimage to Cheltenham in March is an upper-class Hooray Henry is absurd. Horse-racing is a genuinely democratic and unifying sport as it is enjoyed by all classes.

While a jump racing festival has become the target of those who are quite rightly concerned about the British Covid death rate those who really should be held to account are being given a much easier ride.

Was it Cheltenham‘s fault that there wasn’t enough PPE for healthcare workers? Or that the UK government didn’t do the obvious thing and stop flights coming in from the worst affected Covid19 places?

In the same week as the Cheltenham Festival took place 3,000 football fans from Madrid- then a Covid hotspot, were allowed to travel freely- without checks- to Liverpool for  a UEFA Champions League tie. But that hasn’t received a fraction of the attention that Cheltenham  has got. The Daily Telegraph reported on Monday 9th March  Professor Chris Whitty, the Chief Medical Officer  as saying that banning flights or screening passengers from Italy wouldn’t ’slow down’ the spread of the virus. More than 60 flights had been allowed into Britain from northern Italy in the previous 24 hours- after the Covid-hit region had been placed in quarantine. That decision was bats, but hey, let’s focus on Cheltenham racegoers, shall we?

It’s interesting that the UK government’s decision  to allow in flights from Covid hotspots unchecked, at a time when we knew the virus had its walking boots and its rucksack on, has attracted less criticism than its decision to allow the Cheltenham festival to go ahead.

There’s been no racing in Britain since March 17th. The racing industry is in serious danger if the lockdown continues for much longer. Thousands of jobs could be lost- whole livelihoods ruined.

But still the flights come in unchecked . Just before I finished writing this article I checked the Heathrow arrival board and saw planes had landed from Barcelona, Rome, Shanghai and Zurich.

How much longer will people blame Cheltenham where the culpability clearly lies elsewhere?