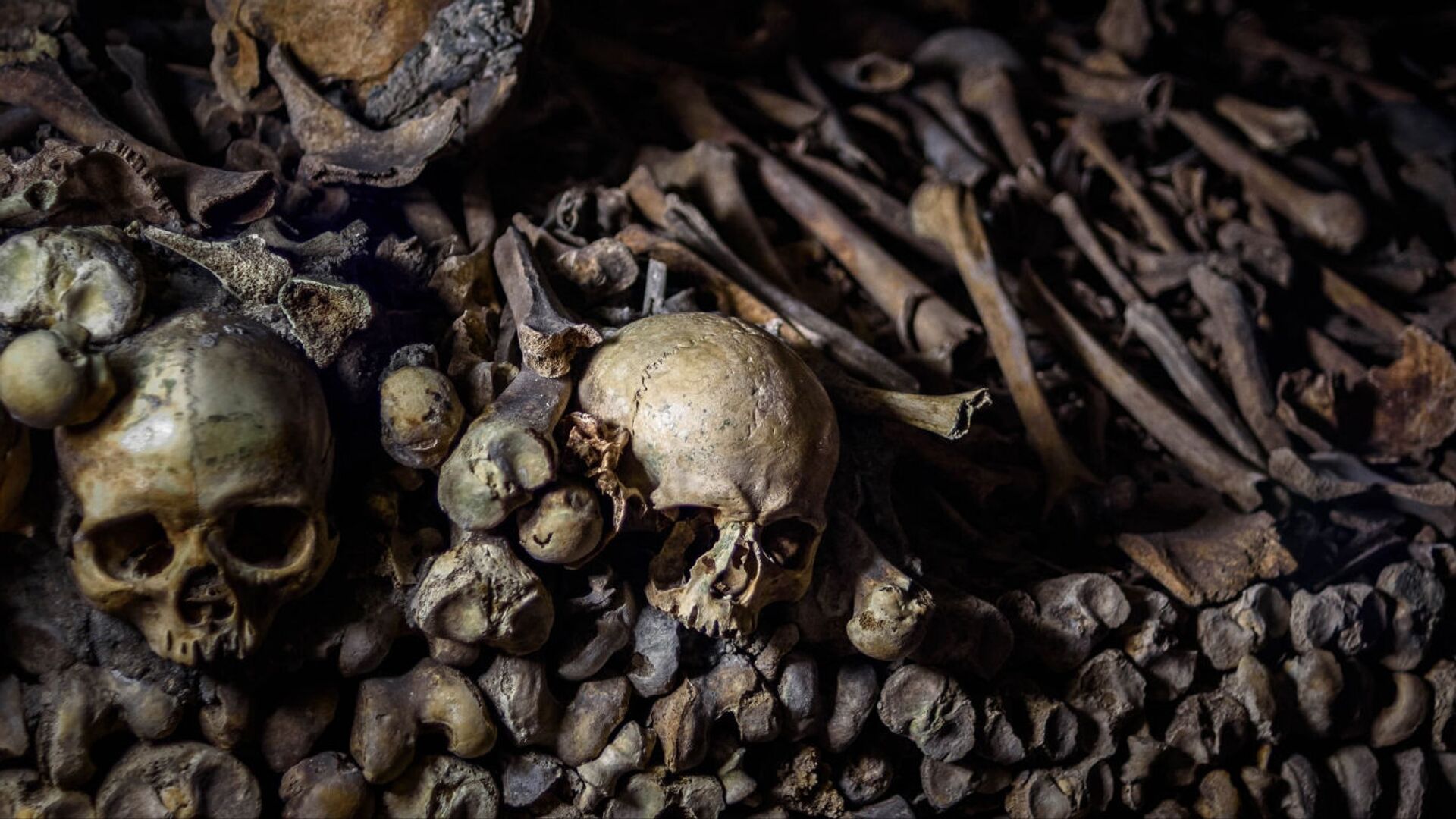 Andrei Dergalin
All materialsWrite to the author
Through further tests, scientists will reportedly be able to determine the age of the graves and what the people buried in them ate during their lives.

Archaeologists from the East Bohemian Museum in Hradec Králové, Czech Republic recently shared images of a 5th century burial of a woman who was interred with an assortment of valuable artefacts.

According to Live Science, the grave, originally discovered in 2019 in Czech Republic, contained items such glass beads, a bone comb, and an iron knife, as well as a "headdress decorated with golden discs" and "four silver buckles that were inlaid with gold and studded with semiprecious stones."

Five other graves that were discovered at the site contained only skeletal remains and a "handful of mundane funerary objects," as they were apparently plundered by looters "soon after burial."

Further tests, such as radiocarbon dating, are expected to establish the age of the graves with more precision, while studying the bones may allow scientists to learn more about the diets of the deceased, the media outlet adds.

The scientists also reportedly noted that they expect "significant results from the DNA analysis" to be conducted by scientists at the Max Planck Institute in Leipzig and the Institute of Archaeology and Museology at Masaryk University in Brno.

"Perhaps we will learn more about the kinship of the dead and where they came from," the scientists said.