'What's in it For Us?': GOP Congress Candidate Takes Shot at US COVID Package, Racial Justice Issue 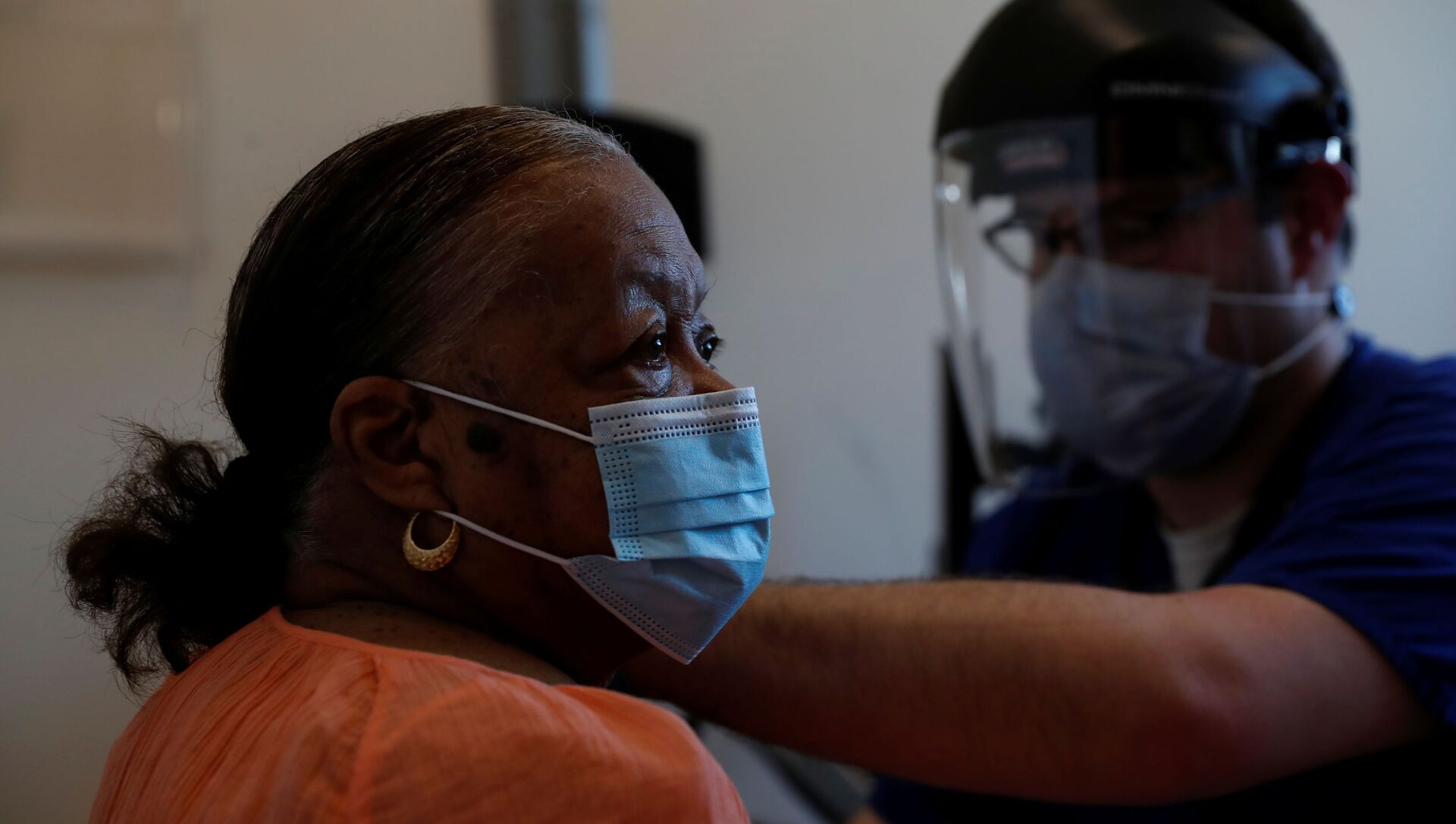 Lavern Spicer, a Republican politician from Miami, Florida, ran for US Congress against Frederica Wilson and is running again this year. She founded a social service program, Curley's House, that, according to her description, provides food, shelter and clothing to low and moderate income families in the community.

Lavern Spicer is a candidate for the US House of Representatives, for the 24th District in Miami, Florida. She ran last year against Frederica Wilson, and is running again this year.

"I'm in a blue district and it has been operated and ran by Democrats for over 30 years. What we have seen is basically no changes, very few changes taking place to the community. I expect that in the future, change is going to come as the ethnicity of the community changes."

Lavern says that she wants to enlighten her community to her way of thinking so that they can see for themselves what is taking place.

"We as African Americans are so dedicated to the Democrats and to the Democratic Party, Democratic leadership and the Democratic way of thinking. But we only see those people win this time election time when they need us. They make promises that they do not keep to the black community. They just promise so much that they never do. I think that when Trump was in office, he shattered a lot of light onto what is actually taking place here in America and how we are being used by the Democrats as pawns for the Democrats."

Sputnik: US President Joe Biden has promised to deliver the racial justice that you're talking about, however he has not yet divulged any details. Can he deliver on his promise?

Lavern Spicer: He is the president, he has the power to make changes, he has the power to really help the American people out, especially now because of COVID. Many businesses were closed, including my business. Some businesses would never be able to recover. Some people cannot recover from that. It's going to take many years for some people to really get themselves back together after this pandemic. It's going to be like a snowball effect. That's where Congress can come in, because Congress has the ability to help the American people and not focus on things that they put in their legislation to benefit themselves. They put trillions of dollars, millions of dollars in there for other countries. But what about this country? What about the United States? What is in it for us?

Sputnik: How would you assess the American Rescue Plan Act of 2021 relief package recently approved by Congress?

Lavern Spicer: We are seeing millions of dollars for other countries. But what are we seeing in it for us as American people? They are putting millions of dollars for different countries to help push the fact of telling me that it is OK to become a female? That's what they have a lot of dollars in the legislator for, for other countries to do things like that, to push the man to become…they are into this kind of gender thing. What's in it for us as American people? They pay for themselves, you know, for extra money for them and everything to benefit them for what is in there for the American people?  I'm sure a lot of people are going to be glad to get $1400. In certain states like Miami, if you are renting one bedroom, that room can be as much as $1200. How far can you actually stretch? $1400? Especially if you have kids to take care of, the kids are in school now, so they have needs. How far can $1400 go?

I feel like they should be doing so much more to support the people that are voting for them, to support the people that are supporting them, but once again, we as American people, we don't see that support in the system for us, especially for the black community. We are continually left out of the process, especially with the Biden administration. Their focus now is on doing more for illegal immigrants than for people that have worked all of their life paying their taxes into a system that does not acknowledge us as people, especially for the senior community, the seniors who are already facing all types of challenges, whether it's health issues or other type issues before this COVID. After the COVID, it's even worse for them. They live in isolation. They are afraid to have contact with their families because they stay home and they watch the news media all day. While they watch the news all day – the news media is bias, and they are showing people what they want them to see and they are feeding fear. They are feeding people fear.