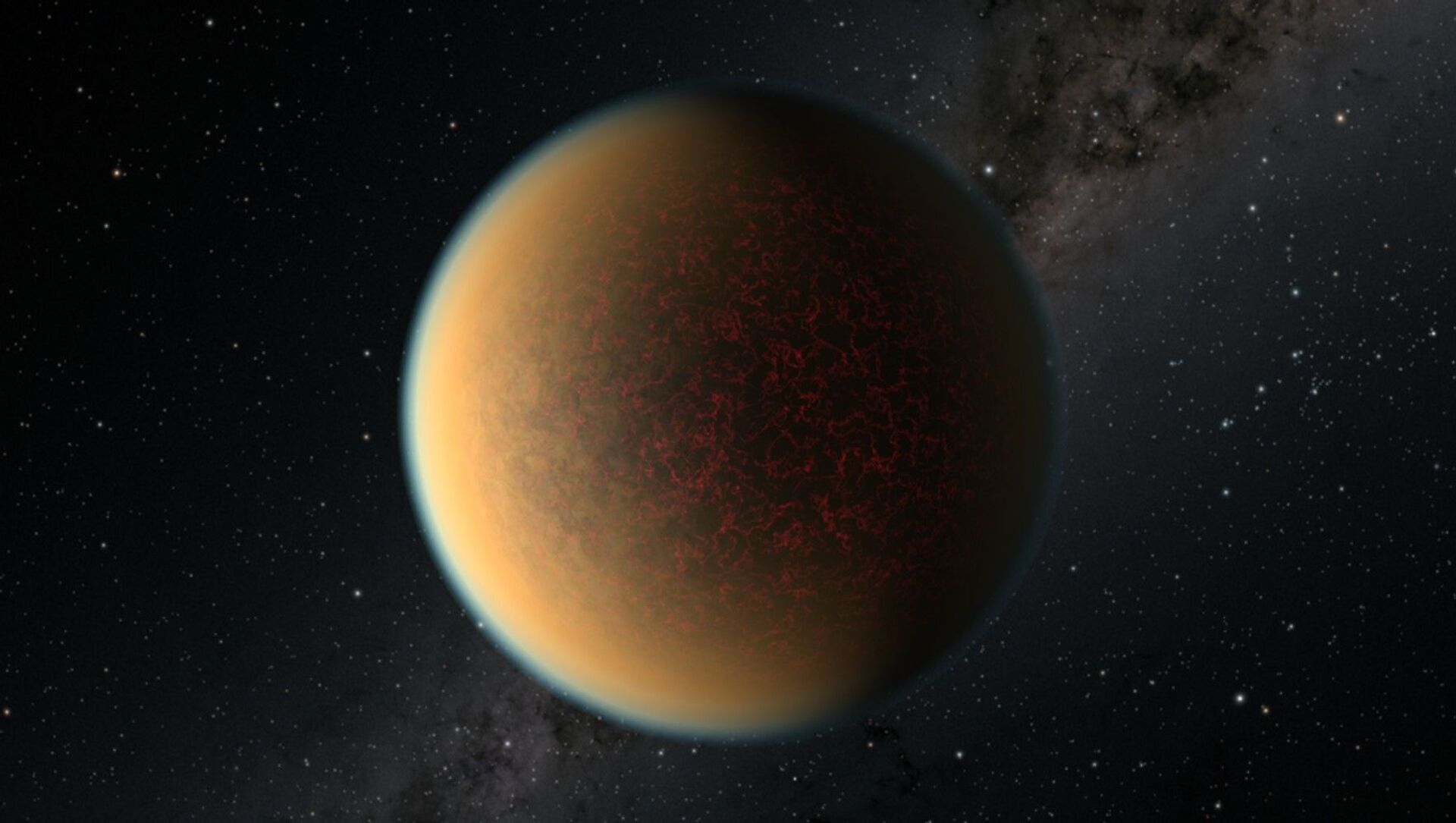 © Courtesy of NASA, ESA, and R. Hurt (IPAC/Caltech)
Subscribe
Gaby Arancibia
All materialsWrite to the author
A so-called “sub-Neptune” world is described as a planet that may have either a smaller or larger radius and mass when compared to the ammonia- and methane-rich Neptune. Earlier this month, astronomers discovered a new sub-Neptune exoplanet situated over 343 light-years from Earth.

A team of researchers recently discovered that a distant, sub-Neptune planet lost its original atmosphere over a period of time, and oddly enough, managed to gain a second atmosphere through the process of volcanic activity.

Located just over 40 light-years away from Earth, the group of researchers identified the planet as GJ 1132 b, noting in their findings that the exoplanet is believed to have lost its initial atmosphere as a result of the intense radiation emitting from the red dwarf that it orbits.

Officials were able to come to their conclusions by reviewing observations made by NASA’s Hubble Space Telescope and through computer modeling. Analysis of the records found that the new atmosphere consists of hydrogen, hydrogen cyanide, methane and aerosol haze, a compound similar to smog on Earth.

Additionally, researchers believe that the secondary atmosphere’s hydrogen components are derived from the original atmosphere, which was composed of primordial hydrogen and helium. The team’s analysis suggests that the hydrogen elements were absorbed into GJ 1132 b’s molten magma mantle, and is constantly being released back into the planet through volcanism.

The team hypothesizes that GJ 1132 b is able to keep its mantle liquid enough to power volcanic activity because of tidal heating since the planet maintains a close proximity to its host star, completing a full orbit every day and a half.

Raissa Estrela, one of the authors of the study who works with NASA’s Jet Propulsion Laboratory, explained in a Thursday release that the team initially had no interest exploring the inner workings of GJ 1132 b.

"We first thought that these highly irradiated planets could be pretty boring because we believed that they lost their atmospheres. But we looked at existing observations of this planet with Hubble and said, 'Oh no, there is an atmosphere there,'" Estrela noted.

"It's super exciting because we believe the atmosphere that we see now was regenerated, so it could be a secondary atmosphere."

Officials anticipate that the James Webb Space Telescope will be able to offer further insight into their findings, with the hope that the instrument’s infrared imagery will be able to peer through the planet’s surface. The telescope isn’t expected to be launched into the cosmos until October.

The research analysis will be published in the upcoming edition of The Astronomical Journal.