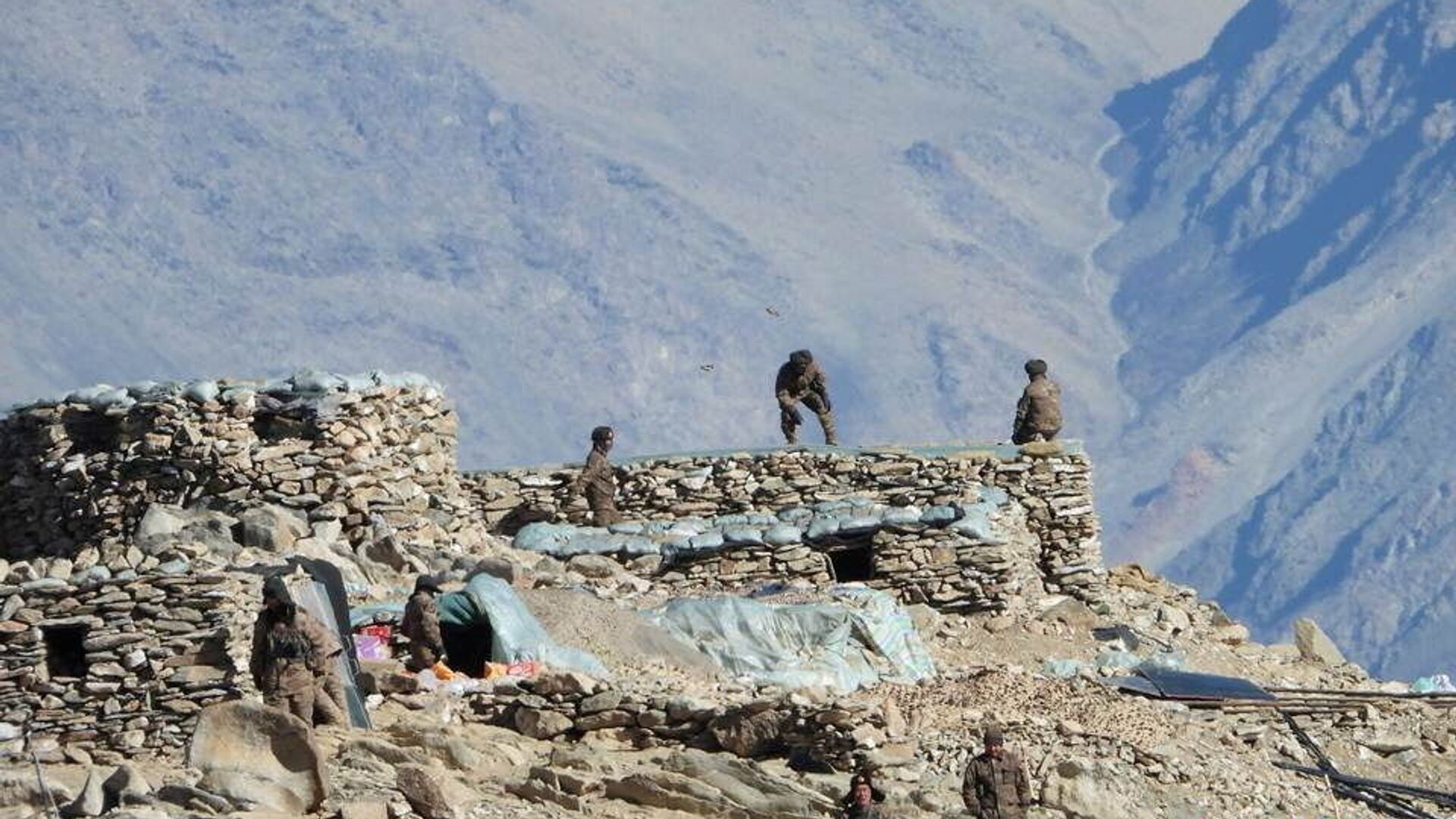 © REUTERS / Indian Army
Subscribe
International
India
Africa
Dhairya Maheshwari
All materials
While India's defence minister as well as the Foreign Ministry stated that New Delhi hasn't "ceded" any territory to Beijing during the ongoing border standoff in the eastern Ladakh region, the claim was disputed by the head of US Indo-Pacific Command Admiral Philip Davidson on Tuesday.

A lawmaker from India's governing Bharatiya Janata Party (BJP) has accused Defence Minister Rajnath Singh and the Foreign Ministry of lying to the public for claiming in parliament that no Indian territory had been "ceded" to China after the Galwan Valley clashes on 15-16 June 2020.

During the US Senate Committee hearings yesterday, a top US Commander stated that China has not vacated the land occupied across the LAC contrary to our MEA / Minister’s statement in Parliament. After getting a copy if validly reported in today’s HT, a breach of privilege notice

US report-may be authentic-if based on latest Satelite reports -meaning Chinese may have come back again after vacating & demolishing their defenses .Chinese are cable of doing it & back tracking !May be our Govt still in dark !waiting for results of your salvo sir!Intelligence! https://t.co/aDhJN4iOFP

​The allegation was raised by Swamy following comments by Admiral Philip Davidson, the head of US Indo-Pacific Command, who claimed during a Congressional hearing on Tuesday that China still hadn't withdrawn from "several forward positions" it had seized in Ladakh following the clashes between the two militaries.

"The People's Republic of China's expansionary territorial ambitions are also on display along its western border, where the PLA has been engaged in a standoff with Indian forces along the Line of Actual Control (LAC) since May 2020”, Davidson said during the hearing.

"The PLA has not yet withdrawn from several forward positions it seized following the initial clash, and the consequent escalation of tensions between the PRC and India has resulted in casualties on both sides", Davidson further alleged.

The observations by Davidson supposedly challenge comments made by Indian Defence Minister Rajnath Singh in parliament on 11 February, when he said that New Delhi hadn't "ceded" any territory to China during the ongoing border standoff in the eastern Ladakh region.

"I want to assure this House that in these talks we have not conceded anything. The House should also know that there are still some outstanding issues with regard to deployment and patrolling at some other points along the LAC in eastern Ladakh", Rajnath said during his 11 February speech, in which he detailed the disengagement process between the Indian and Chinese People's Liberation Army (PLA) in eastern Ladakh.

Similarly, Indian External Affairs Ministry spokesperson Anurag Srivastava echoed the defence minister during his weekly briefing on 25 February, stating that no Indian land had been given away to China during the entire Ladakh border standoff.

The border standoff between Indian and Chinese troops in eastern Ladakh began last year and has been said to be the deadliest flare-up between the two Asian powerhouses since the 1962 war. Twenty Indian soldiers and at least four Chinese troopers lost their lives when the two sides clashed in the Galwan Valley on 15-16 June of last year.

New Delhi and Beijing agreed to mutually disengage troops from the Pangong Tso area, another disputed point in eastern Ladakh, last month. So far, ten rounds of military commander level talks and several rounds of diplomatic negotiations have been held in a bid to find a solution to the border standoff.