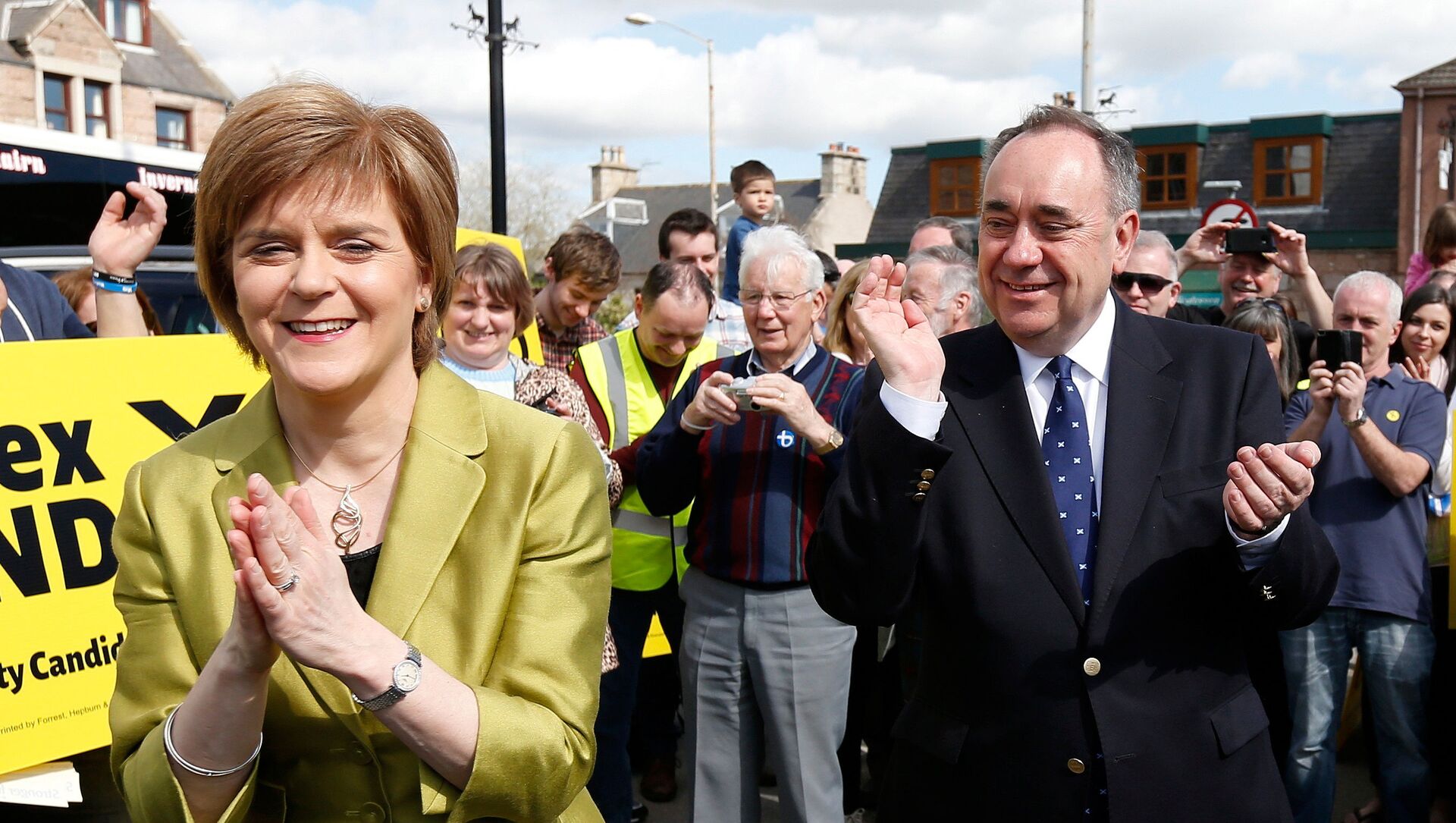 James Tweedie
All materialsWrite to the author
The staff member alleges SNP Westminster leader "ambushed" him with a meeting that turned into a mediation session with the tearful MP who made inappropriate advances to him — while former party leader Alex Salmond was denied the opportunity of an informal meeting with the women who accused him.

The Scottish National Party (SNP) swept sexual harassment allegations against two of its Westminster MPs "under the rug" — the accuser has revealed.

The revelations published in the Daily Record on Monday are in stark contrast to the SNP's public hounding of its former leader Alex Salmond over similar claims — which he was ultimately cleared of in court last year.

The accuser, who did not wish to be named, said one male and one female MP behaved inappropriately towards him at a London pub and the famous Strangers Bar in Parliament — but party officials are now passing the buck to Westminster authorities.

“They have happily swept this under the carpet," he said. "Now that I’m complaining about it, they are wanting to shunt me somewhere else where the process is harder.”

He said the first incident involving the male MP occurred at The Water Poet pub in London's East End in 2016, when he was just 19 years old.

“I was sitting on a couch speaking with colleagues and he perched himself on the side of the couch," the whistle-blower said. “At that point, he started putting his fingers down the back of my collar, touching me inappropriately there. He was also grabbing my hair.”

The staff member said he did not initially report the incident as he was reluctant to go “head to head with an MP”, but after another individual raised the issue later he confirmed it to party officials. 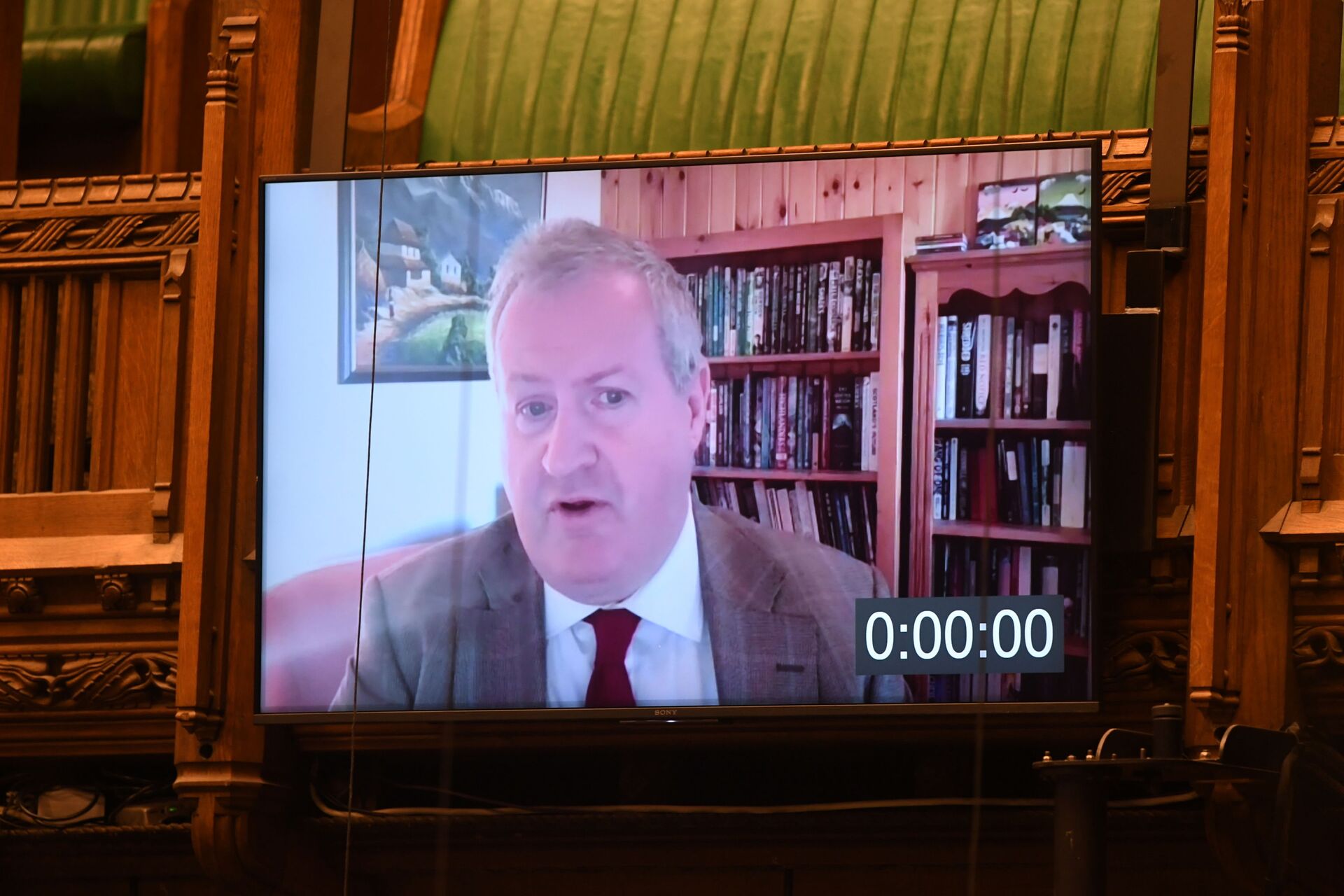 The man said SNP Westminster leader Ian Blackford, a staunch supporter of party leader and Scottish First Minister Nicola Sturgeon, then called him to a meeting in his office — which he described as an "ambush".

“He calls me into the office and the other MP is sitting on the couch, crying,” the accuser related. After the MP tearfully apologised, he felt obliged to forgive him. “At that time. I felt the only thing I could say was that it was OK. I wasn’t going to tear this guy down in front of me. It was pretty hard for me to watch.”

He added: “I wouldn’t view this as mediation — I would view it as ambush.”

Salmond has testified to the Holyrood inquiry into the devolved administration's handling of the claims against him that Sturgeon initially suggested a similar process of mediation with Westminster staff who accused him — but later made a U-turn and denied him that option.

The SNP confirmed the meeting took place, but called the staff member's account of it "inaccurate".

The second incident happened at the Strangers Bar in the Palace of Westminster in 2020, when a drunken female SNP MP tried to seduce him.

“She was sitting on one of the barstools having a glass of wine and was clearly very, very drunk," the staffer said. “She was grabbing my hand, pulling me closer and saying to me things like, ‘You should come home with me’."

“She was saying things that were completely inappropriate in terms of what she wanted to do when I went home with her," he added. “It is one thing to be like that one-on-one but in public in the bar with other people there, it’s not a great look.”

The accused female MP told the Daily Record: “I am aghast at these utterly absurd and malicious allegations which are completely without any foundation whatsoever.”

When the man reported the second incident to SNP party officials in February, he was told to take his complaint to Parliamentary authorities instead.

Ian McCann, deputy to SNP Chief Executive Peter Murrell — Sturgeon's husband — emailed him to say the party's national secretary could not investigate the incident as workplace sexual harassment, but only as an allegation by one member against another.

“If you wanted to make a complaint of sexual harassment within the parliamentary estate, that can only be investigated and dealt with under the terms of the independent scheme provided by Westminster,” McCann wrote.

“The only way I can get action taken is by having the public know what is going on with the SNP,” said the staffer, who has resigned from the party but still works for its Parliamentary group.

The new allegations are not the first against SNP parliamentarians and ministers under Sturgeon's leadership. In 2020, Scottish finance minister Derek MacKay was forced to resign after he stalked a 16-year-old boy by sending him hundreds of online private messages, many of a sexual nature.

SNP childcare minister Mark McDonald resigned in November 2017 over a sexual text message he sent a woman, but hit the headlines again three months later after Sturgeon's government gave him a "resettlement payment" of over £7,000 in compensation.