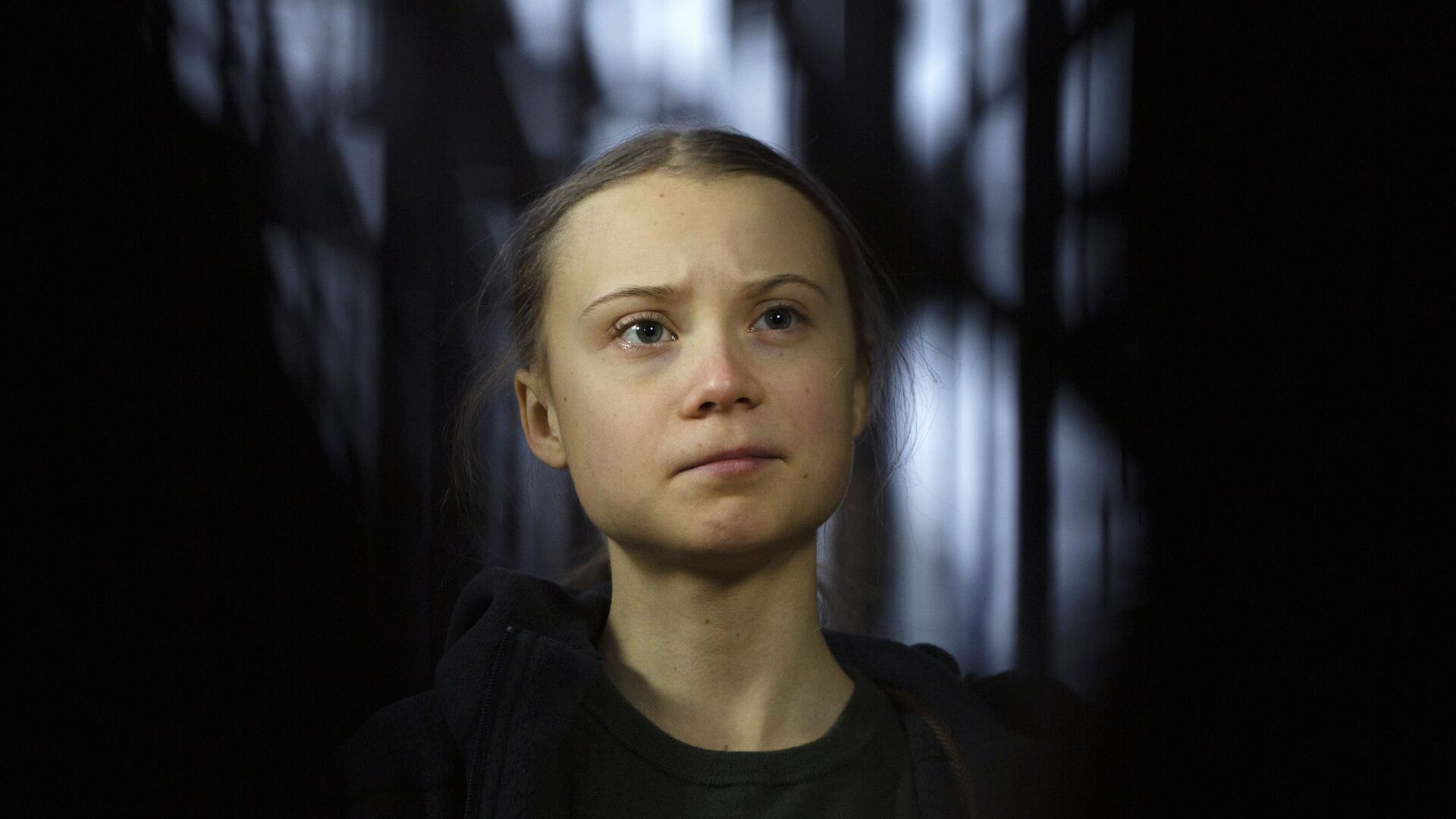 © AP Photo / Virginia Mayo
Subscribe
Mary F.
All materialsWrite to the author
Greta Thunberg is an 18-year-old Swedish climate change activist who is internationally renowned for challenging world leaders to take swift action against the climate crisis, which she often refers to as an existential threat to humanity.

During a Sunday appearance on MSNBC, teen environmental activist Greta Thunberg said that US President Joe Biden is not doing enough to “treat the climate crisis like a crisis,” claiming that Biden is “not nearly enough in line with the science” regarding climate change.

“​Well, you shouldn’t take that from me, I’m just a teenager, so I’m not — I don’t have the mandate to sort of give grades like that. My opinions on this doesn’t matter​,” Thunberg told host Mehdi Hasan, The New York Post reported.

“​​You should rather look at the science and whether his policies are in line with the Paris agreements and to stay below 1.5 or even 2 degrees Celsius, and then you can clearly see that, no, it’s not nearly enough in line with the science. That’s not me saying, that’s just black and white, looking at the facts​,” she added.

Since taking office, Biden has rejoined the Paris Climate Accord, an international deal that was created within the UN Framework Convention on Climate Change in 2015. Countries that are part of the deal set limits on their greenhouse gas emissions, the primary cause of man-made climate change.

Biden has also named Gina McCarthy as the administration’s “climate czar,” dictating her responsible for managing climate action across federal agencies and Congress.

In January, Biden also published executive orders to tackle climate change. The order outlines policies such as ensuring the US achieves a “carbon pollution-free power sector by 2013” and has a “net zero economy by 2050.”

Despite these actions, Thunberg still argued that Biden is not treating the climate crisis as a crisis.

“They are just treating the climate crisis​ ​as it was a political topic, among other topics and, yeah, treat it as a crisis, that’s the Number 1 step​,” she noted.

“Well, how can you expect support and pressure from voters if you are not treating the crisis like a crisis, she added, later asking “Since the climate crisis doesn’t exist, how can we expect people to want climate action?”

“So what we need now is to raise awareness and to create public opinion to treat the crisis like a crisis. Because if people are not aware of the crisis that we face, of course they wouldn’t put pressure on the elected leaders. So I would just tell him to, to tell the situation as it is,” she continued.