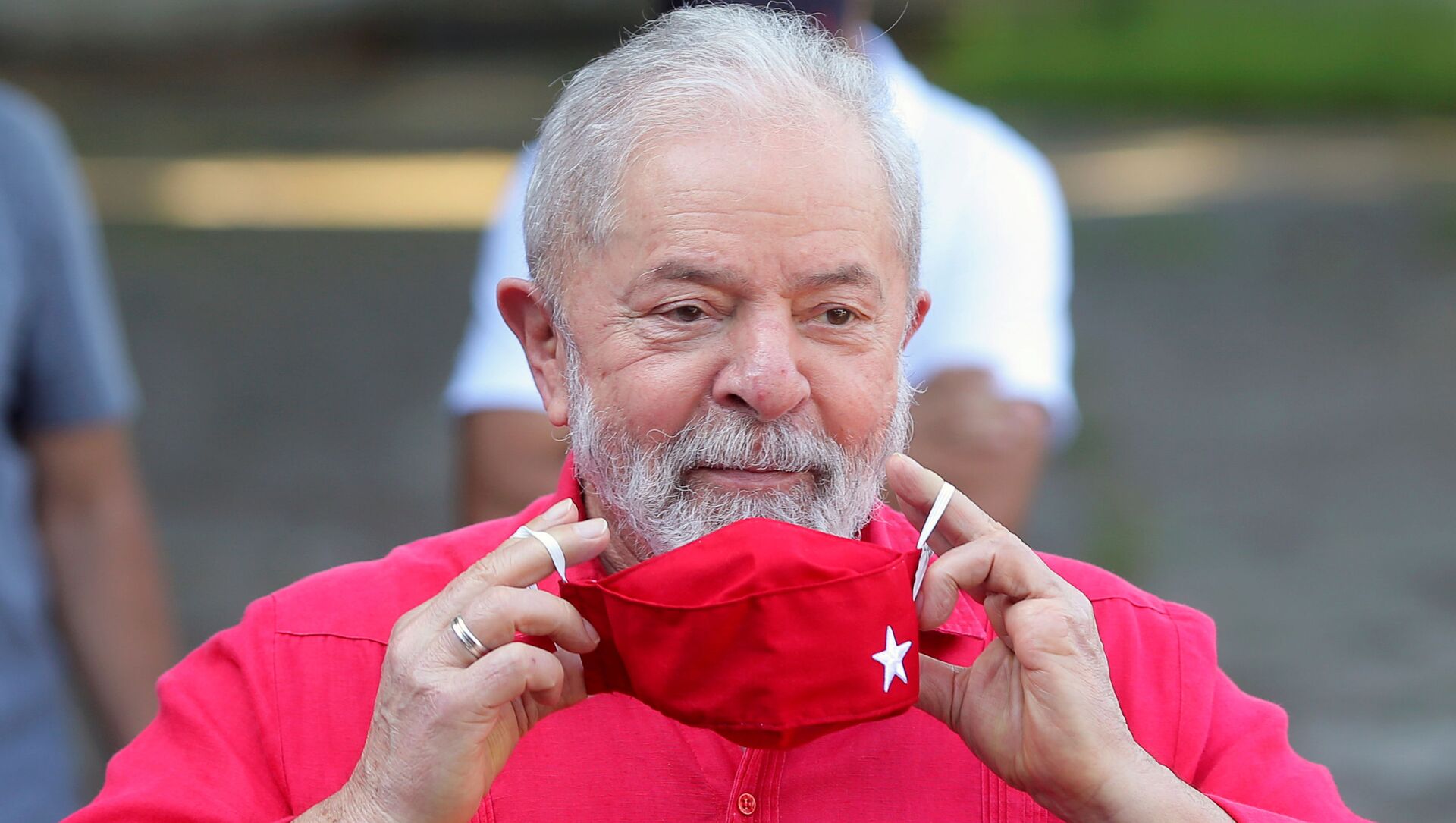 Morgan Artyukhina
All materialsWrite to the author
When he left office, Brazilian President Luiz Inacio Lula da Silva had an approval rating of 87%. However, his attempted return was blocked after he was convicted on corruption charges in a scandal that brought down dozens of Brazilian figures.

The Brazilian Supreme Court on Monday invalidated Lula’s 2018 criminal conviction. In response, a spokesperson for the prosecutor general’s office said that they would appeal the court’s decision.

The high court decided to annul Lula’s 2018 conviction for graft in relation to the “Operation Carwash” scandal, which saw him sentenced to 9.5 years in prison. Despite his imprisonment, Lula continued his campaign for the Brazilian presidency on the Workers Party ticket until the top electoral court invalidated his campaign just weeks before the October 2018 election.

Unimpeded by an effective rival, Jair Bolsonaro came from behind to win the election. After Bolsonaro took office, the judge who sentenced Lula to prison, Sergio Moro, became Justice Minister, raising allegations of corruption.

In June 2019, those allegations were confirmed after The Intercept published leaked telegram messages revealing Moro had influenced Lula’s trial by coordinating an anti-Lula media strategy with state prosecutors. By November, Lula had been freed from prison on the grounds that his appeal to the conviction remained undecided.

Lula previously served as Brazil’s president from 2003 until 2011, leaving office with an 87% approval rating. Another Workers Party candidate, Dilma Rouseff, succeeded him until she was impeached and removed from office in 2016 in what supporters called a “soft coup.”

With his record annulled, 75-year-old Lula can legally seek the presidency once more in the 2022 elections. Bolsonaro’s popularity has plummeted during the COVID-19 pandemic to 32% approval amid the world’s second-highest death toll, at more than 265,000 deaths as of Monday.