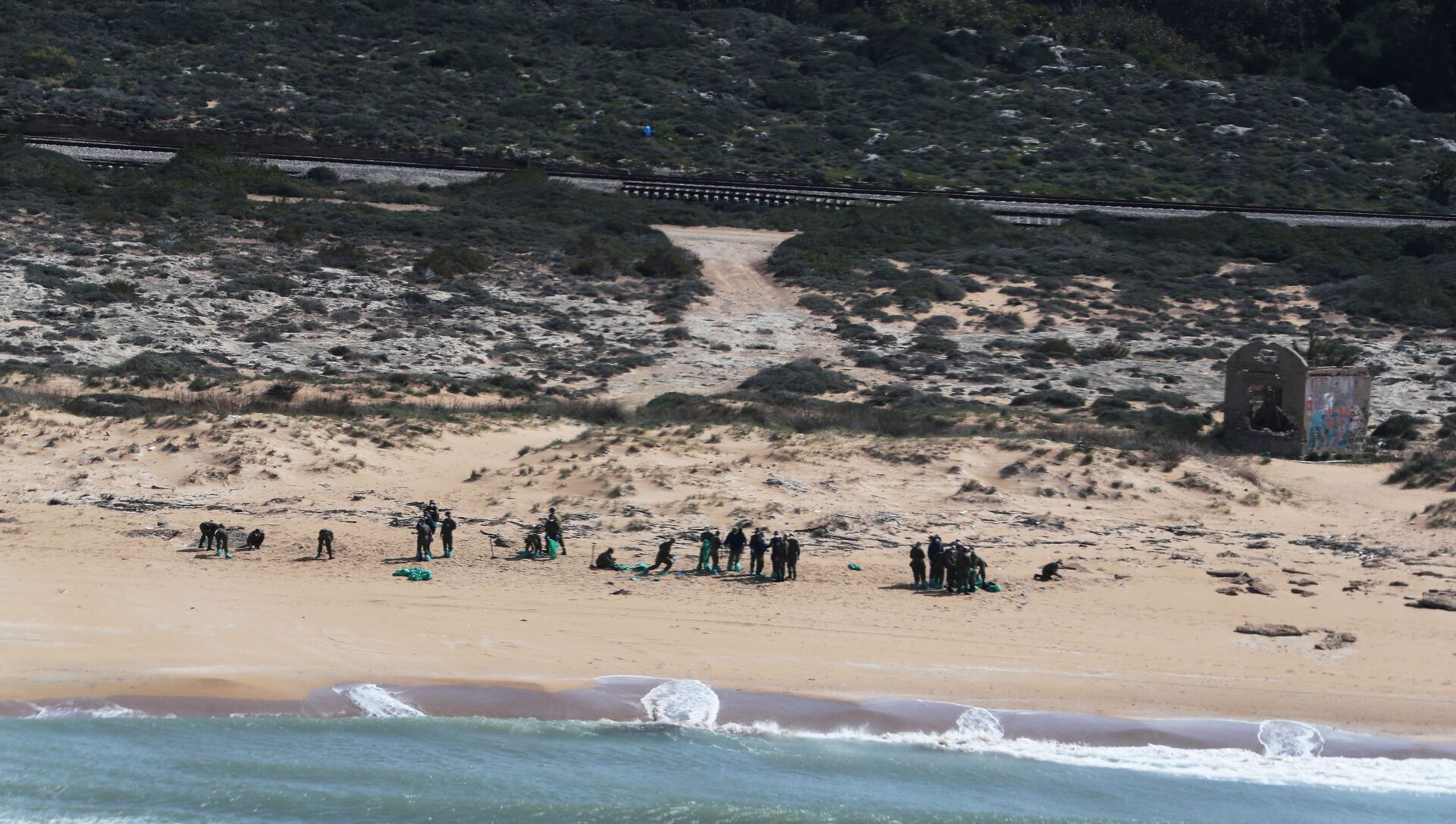 Oleg Burunov
All materialsWrite to the author
In February, several hundred tonnes of oil tar washed up on Israel's shores, affecting nearly 160 km of the country's Mediterranean coastline. The Jewish state’s Nature and Parks Authority described the incident as the nation's worst natural disaster in years.

Israeli Defence Minister Benny Gantz has stated that there is no evidence to confirm that the oil spill off Israel’s coast was an intentional act of “environmental terrorism” conducted by Iran.

“I can’t completely rule out that it was deliberate, but at this stage, we can’t determine that it was done on purpose”, Gantz told supporters of his Blue and White Party on Sunday.

The statement comes after Israeli Environmental Protection Minister Gila Gamliel pointed the finger at Iran for deliberately causing the spill off the Jewish state’s coast.

“We have discovered that this wasn’t merely environmental criminality, but rather environmental terror. Now we have found that Iran doesn’t only carry out terror via nuclear weapons or via attempts to establish a presence on our borders. Iran carries out terrorism by damaging the environment”, she asserted, without providing any evidence.

Iranian officials have yet to respond to the claims, which were rejected by the environmental group Greenpeace as “outrageous and factually baseless at this stage”. 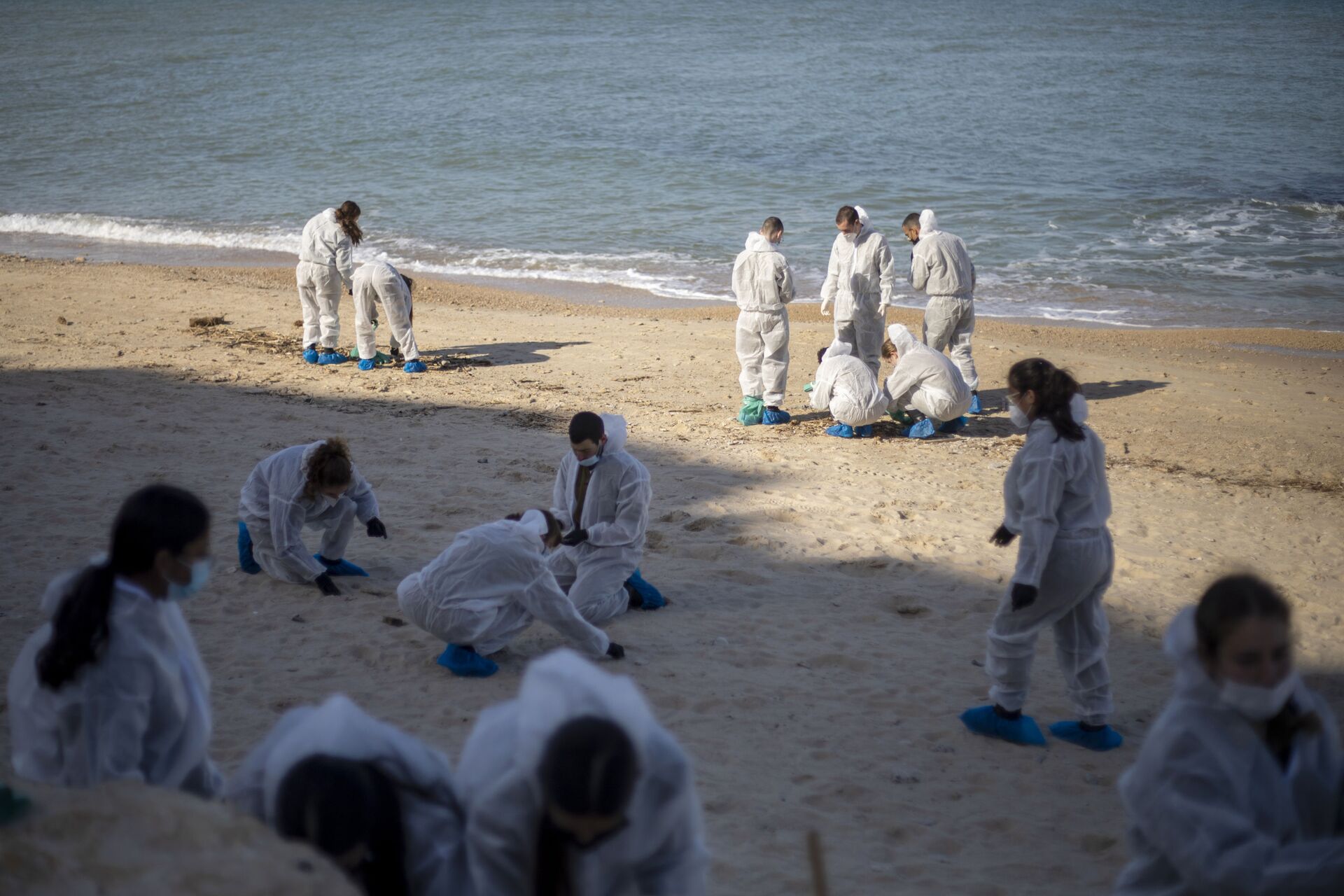 In this Monday, Feb. 22, 2021 file photo, Israeli soldiers wearing protective suits clean tar from a beach after an oil spill in the Mediterranean Sea in Sharon Beach Nature Reserve, near Gaash, Israel. Israeli authorities said they believed a tanker suspected of smuggling oil from Iran to Syria was responsible for spilling tons of crude into the Mediterranean last month, causing one of Israel's worst environmental disasters.
© AP Photo / Ariel Schalit

Earlier, The Jerusalem Post reported that officials with both the Mossad and the Israel Defence Forces were “blindsided” by Gamliel’s accusations, as well as “frustrated by the lack of coordination within the government”.

Thousands of volunteers took to Israel's shores last month to save local wildlife and help clean up hundreds of tonnes of sticky oil tar, which washed up along nearly the entirety of the country's Mediterranean coastline.

As Israel Tackles Biggest Oil Spill in Recent Years, Expert Says The Cleanup Will Be Challenging
The clean-up effort were assisted by the Israeli military as the government warned that it could take weeks or even months, and delay the summer beach season in some areas.

The developments come amid ongoing tensions between Iran and Israel, with the Jewish state accusing Tehran of trying to obtain a nuclear weapon and deploying its forces in Syria in order to target Israel.

The Islamic Republic, which does not recognise Israel’s right to exist, denies the accusations, insisting that there are only Iranian military advisers in Syria to help Damascus tackle terrorist groups.