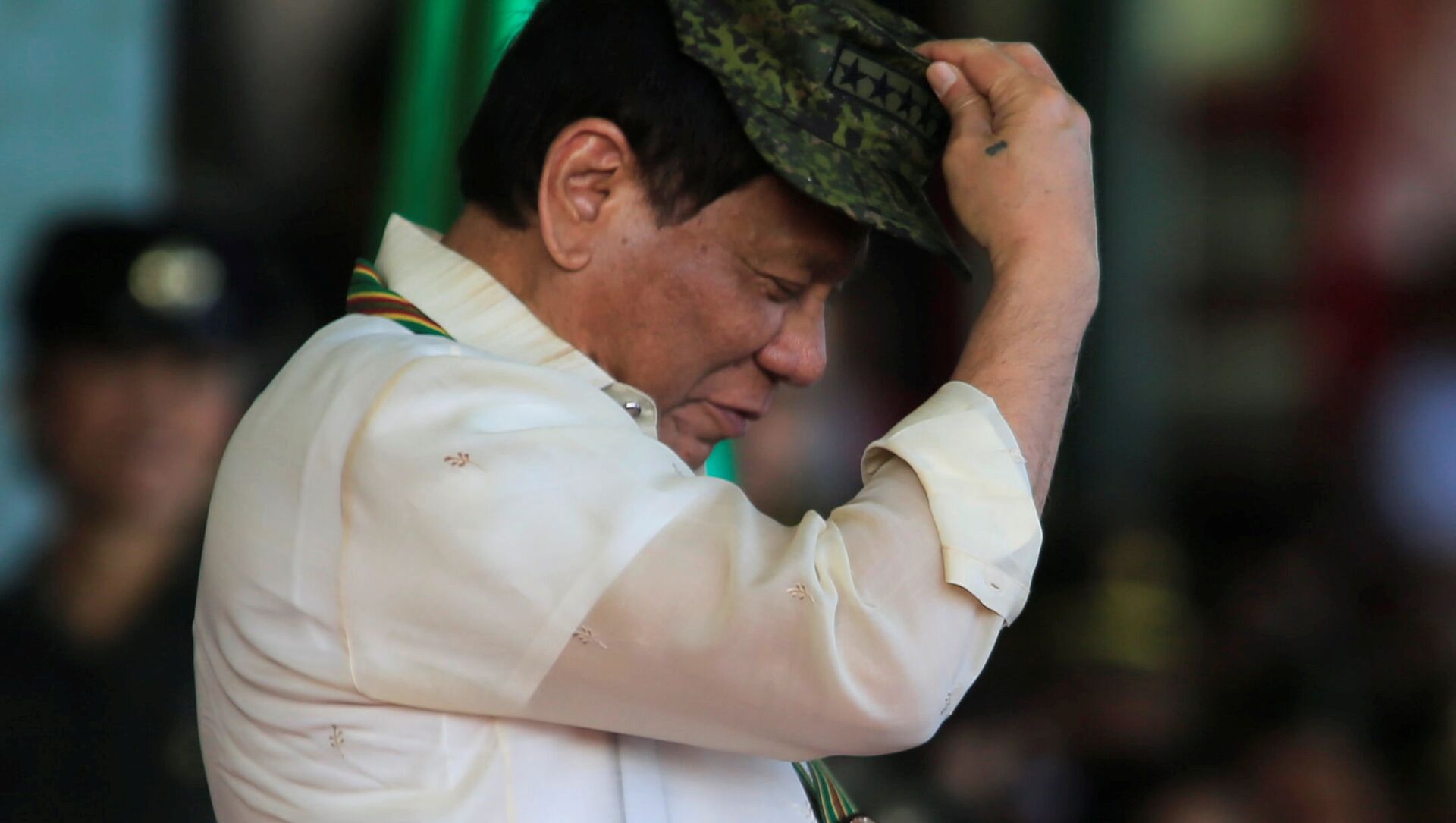 Arty Katkov
All materialsWrite to the author
The statement drew fears of more violence since the president had been accused of violating human rights by campaigners and international organisations, who claim that the real death toll of Duterte's drug war vastly exceeds the numbers provided in official statistics.

Philippine President Rodrigo Duterte said at a government meeting aimed at countering communism, that he had ordered the army and the police to kill and “finish off” communist rebels in the country.

“I’ve told the military and the police, that if they find themselves in an armed encounter with the communist rebels, kill them, make sure you really kill them, and finish them off if they are alive,” Duterte said. He also ordered them to “forget about human rights,” adding that he is not afraid to go to jail. “That’s not a problem,” he said.

He also addressed the communist rebels directly, calling them “bandits” and saying that they “have no ideology”. He, however, promised jobs, housing, and livelihoods if the rebels give up their arms.

Philippine's Duterte Reportedly Vows to Lob Grenade at Critics if Hauled Before International Court
After taking office in 2016, Duterte ordered direct talks with the communists, but following clashes between government forces and rebels in 2017, Duterte called off the peace process and later signed a proclamation labelling the communist fighters as “terrorists”.

This is not the first time the Philippine President has used such harsh rhetoric towards communist rebels.

In 2018, Duterte made headlines and drew international condemnation among human rights organisations, feminist movements, and social media users after telling his soldiers to shoot female rebels in the genitals to render them “useless”.

In the same year, Duterte announced plans to create a "death squad" to combat communist rebels in the country.

"The only thing missing is my own sparrow unit. That's their only advantage," Duterte said back then. "So I will create my own sparrow. Duterte death squad against the sparrow."

‘I Will Bury You’: Philippines’ Duterte Threatens to Shoot Rioters Amid COVID-19 Lockdown
The president was talking about the so-called sparrow units, small assassination squads manned by the New People's Army, the armed wing of the Communist Party of the Philippines.