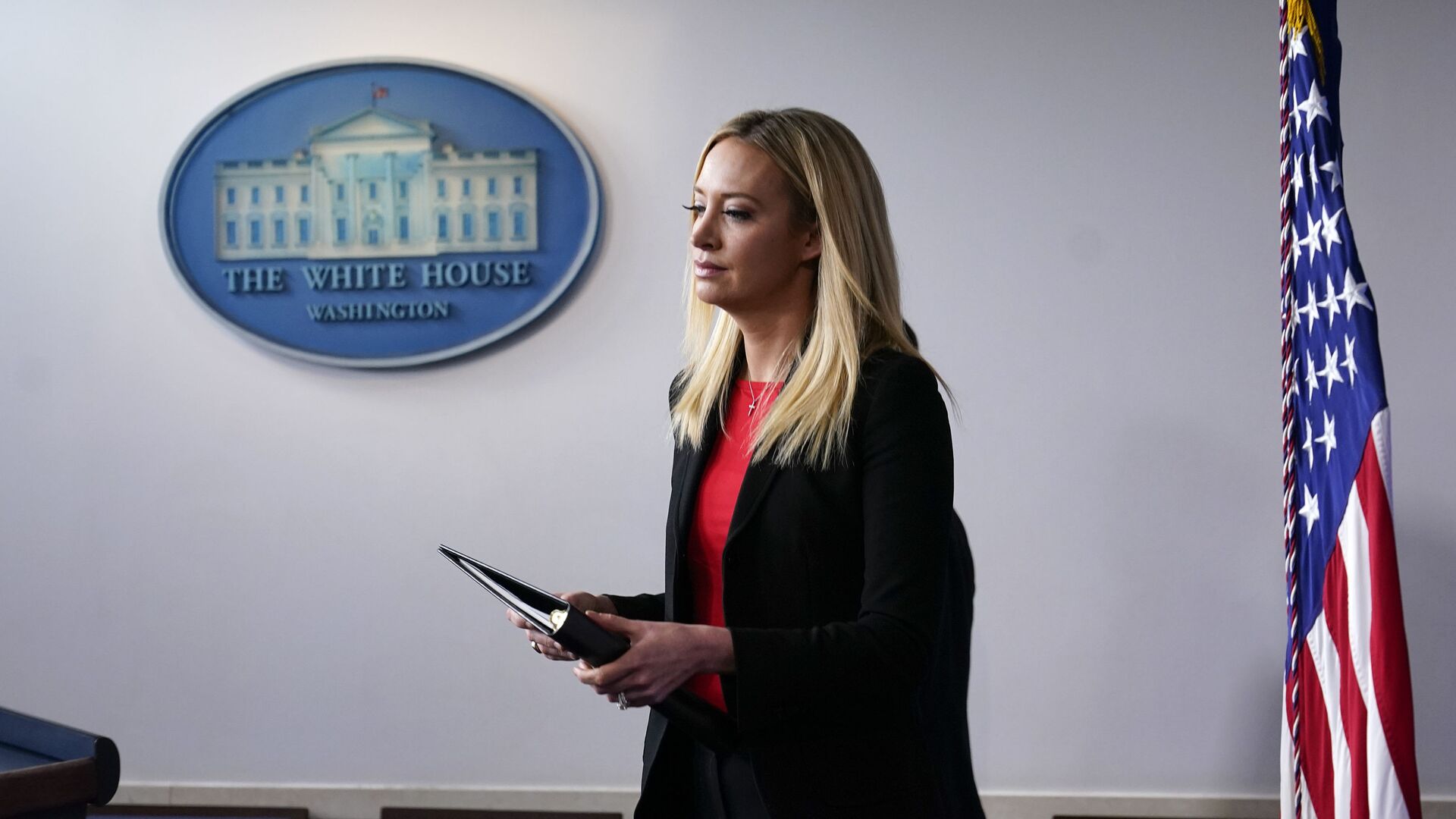 Ilya Tsukanov
All materialsWrite to the author
“Circle back” has become one of Jen Psaki’s best-known catchphrases. The White House press secretary uses the term to mean "I'll get back to you" whenever she’s asked a question she doesn’t have the answer to.

Former Trump White House press secretary Kayleigh McEnany says her successor’s regular need to “circle back” while answering questions may be connected to a lack of access to President Biden.

“I’ve said before and I mean it, I wish Jen Psaki all the best. It is a very hard job but that being said, we took great pains in our administration to do hours and hours and hours of research beforehand, days sometimes,” McEnany said, speaking to Fox & Friends on Thursday.

“The great thing about being in the Trump White House was I always knew where my boss stood. Unlike other press secretaries who maybe didn’t have walk-in privileges, I could walk in at any time. I always knew where he stood. Before every press conference I would go in with a list of items that I thought the press would ask and go through one by one. I always knew where his head was at, so I didn’t have to do a ton of circling back because President Trump gave a lot of access to me,” the former spokeswoman explained.

Asked to comment on President Biden’s unprecedented lack of solo press conferences with the White House Press corps, McEnany suggested that the situation reminded her of the 2020 presidential campaign, with Biden making few press appearances, favouring pre-taped remarks instead.

“That was his strategy all the way along – hide in the basement, don’t talk to the American people, now get to the White House, hide in another figurative basement, his Oval Office, never going out to the Brady press briefing room,” McEnany complained.

The current atmosphere marks a stark contrast to the one under Trump, according to the former spokeswoman.