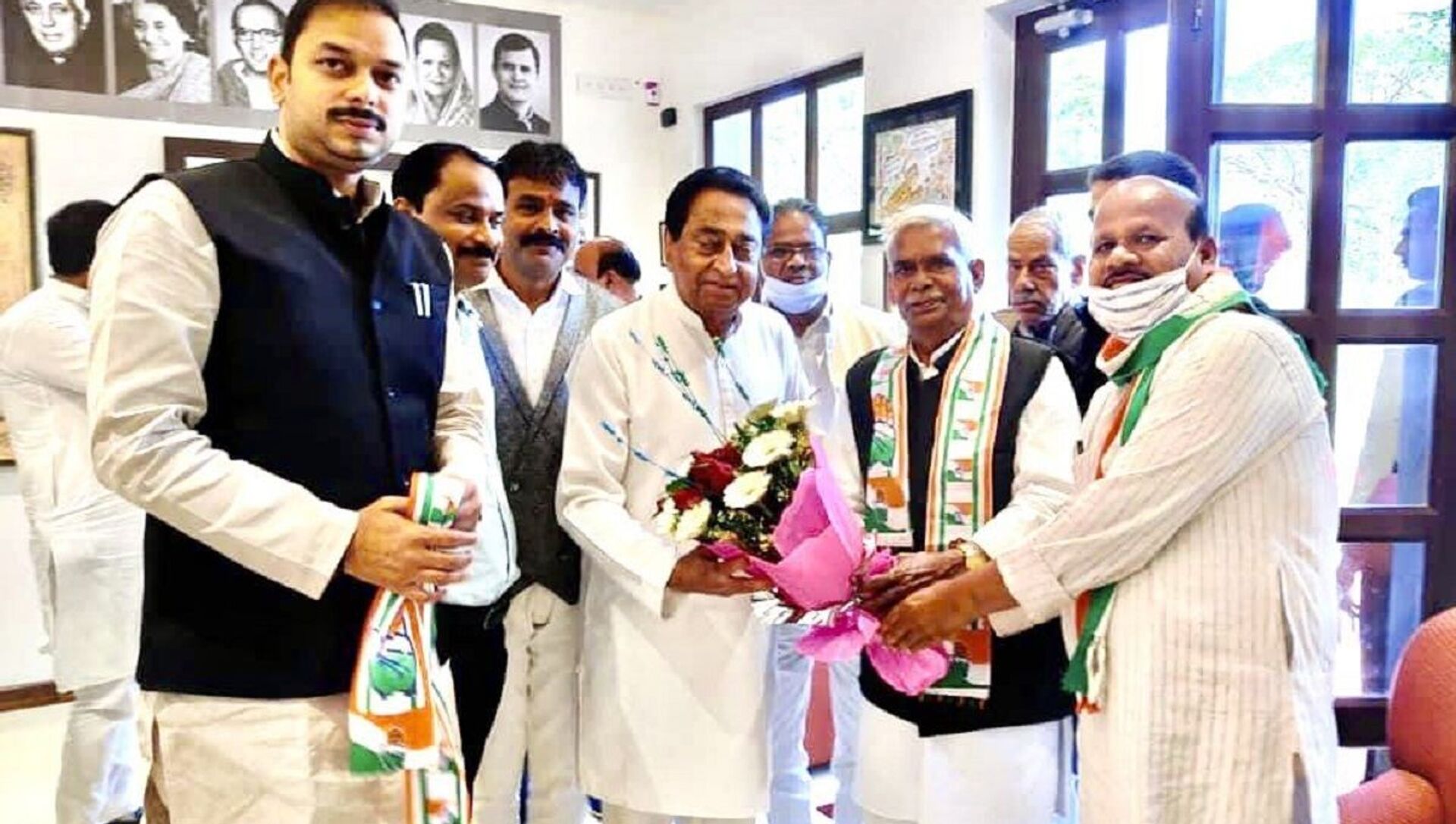 © Photo : Madhya Pradesh Congress
Subscribe
Dhairya Maheshwari
All materials
The legacy of Nathuram Godse, the assassin of Indian freedom struggle icon Mahatma Gandhi, is being shifted back into the country's political mainstream.

Indian netizens have reacted with outrage to the induction of Babulal Chaurasia – a former member of the Hindu Mahasabha party – to the main federal opposition party Indian National Congress. Many have pointed to the irony of Chaurasia joining its ranks, given he publicly praised the the ideology of Nathuram Godse, who killed Mahatma Gandhi, the former head of the Congress.

A Godse bhakt Babulal Chaurasia is inducted today in Congress Party by @INCMP
Gandhi ji must be crying in some corner today seeing what Congress has bern reduced to for the sake of votes.. pic.twitter.com/NNhnxPbjV0

By welcoming Babulal Chaurasia, who idolizes Nathuram Godse, what message is Madhya Pradesh @INCIndia & Kamalnath sending across to their members? Nathuram Godse & his ideology of killing people is accepted henceforth by Congress?

Godse, who used to be a member of the nationalist political party Hindu Mahasabha, assassinated Gandhi, who spearheaded the Indian freedom movement, on 30 January, 1948 almost a year after India gained independence from Britain.

Gandhi served as the Indian National Congress' president only once in 1924, although he was undisputably among the tallest party leaders since 1920, as he spearheaded the Indian freedom movement.

While Godse and many of his Hindu nationalist backers remained on the fringe of Indian politics after the 1948 killing, there have been efforts to bring his legacy back into the fray since the election victory of Prime Minister Narendra Modi in 2014.

Meanwhile, Modi himself is well-known for his affection for Gandhi and often mentions his name during speeches.

The Hindu Mahasabha, a Hindu community-oriented party, has been demanding Godse’s bust be placed in India's Parliament, which has seen strong opposition.

Chaurasia, a politician from India’s Madhya Pradesh state, was originally a member of the Congress, but he joined the Hindu Mahasabha in 2016.

Since joining the Hindu Mahasabha in 2016, Chaurasia has been instrumental in propagating the rehabilitation of Godse' legacy in India's political mainstream.

In 2017, the political turncoat pledged to send Godse's last court deposition to 100,000 people, while Chaurasia even advocated the inclusion of Godse's teachings in school textbooks.

The high-profile re-induction ceremony of Chaurasia on Wednesday, 24 February at Madhya Pradesh’s capital city Bhopal took place in the presence of the former State Chief and ex-Federal Minister Kamal Nath.