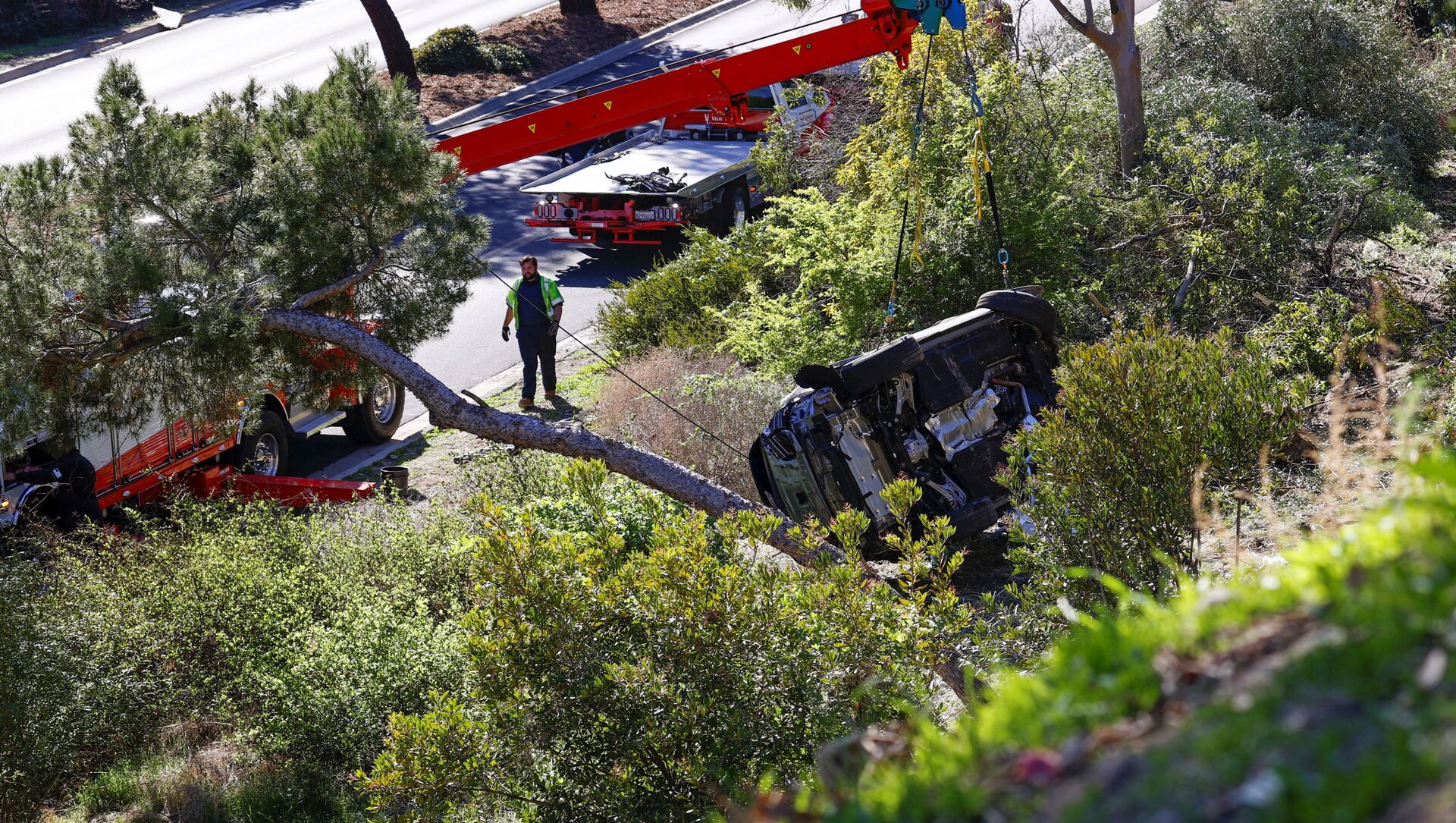 © REUTERS / MARIO ANZUONI
Subscribe
Mary F.
All materialsWrite to the author
Professional golfer Tiger Woods was involved in a single-car severe crash outside Los Angeles on Tuesday and is currently recovering in a local hospital after receiving major surgery on one of his legs.

TMZ Sports has retrieved a video of Woods driving a Genesis GV80 SUV Tuesday morning on Hawthorne Boulevard in a Los Angeles suburb minutes before the crash.

The surveillance footage shows Woods’ SUV trailing behind a minivan just past 7:05 a.m. local time Tuesday, around 5 minutes before authorities said they were notified of the wreck. In the video, Woods does not appear to be driving unusually fast.

In a Wednesday interview with Today, Los Angeles County Sheriff’s Deputy Carlos Gonzalez, the first deputy on the scene of Woods’ crash, said that the golfer was calm when he arrived and did not seem to be cognizant of how seriously he was injured.

According to Gonzales, he arrived at the crash scene six minutes after deputies received the 911 call and found Woods conscious in his vehicle.

"I don't think he was aware of how gravely he was injured at the time. It could be a mixture of adrenaline, it could've been shock," Gonzalez told the outlet. "Again, it was very quick, the moment that I arrived from the moment that he rolled over, so I don't know if he had time to fully assess his injuries.

The golfer was treated with emergency surgery after suffering “significant orthopedic injuries” to his right leg, Anish Mahajan, the chief medical officer and interim CEO at Harbor-UCLA Medical Center, told the outlet.

Although Woods is currently recovering, NBC News medical correspondent Dr. John Torres said on TODAY Wednesday that his injuries may have led to the loss of Woods' leg if first responders and doctors did not respond as quickly as they did.

"The big concern was amputation because if he doesn't get that (relief of the muscle pressure) done quickly — by quickly I mean within an hour or so — he could be looking at an amputation of that leg," Torres explained.

In a Wednesday statement, Los Angeles County Sheriff Alex Villanueva said that investigators won’t pursue any reckless driving charges against Woods, because the crash appears to be an accident that did not involve any suspicious behavior.

000000
Popular comments
He definitely come back and play golf again.... The question is will he be forced to subdue his swing a bit or not...!