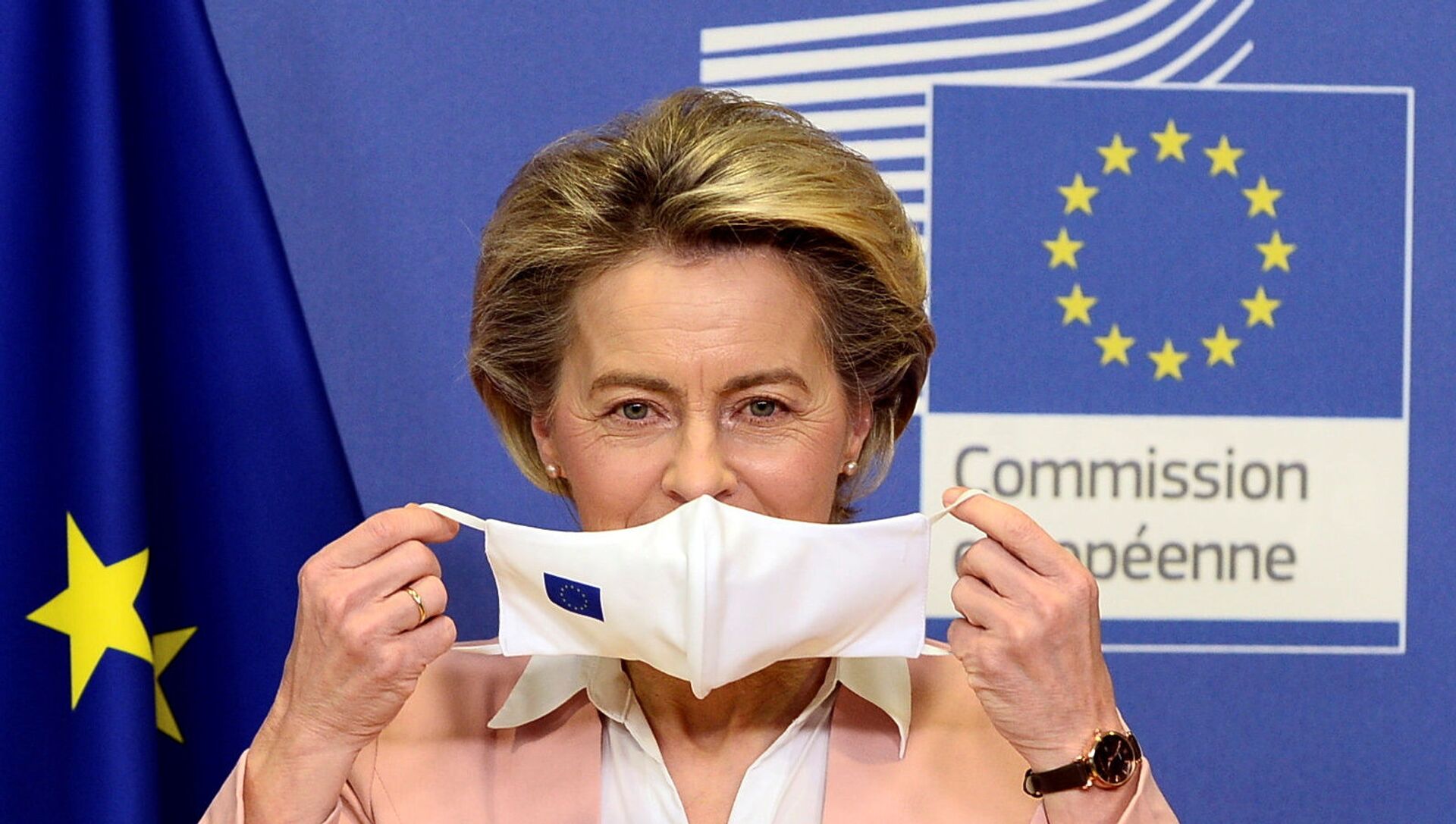 Svetlana Ekimenko
All materialsWrite to the author
As the EU's coronavirus vaccination programme has come under fire, European Commission President Ursula von der Leyen earlier in February acknowledged the bloc was late in authorising COVID-19 jabs, while overconfident about production targets being met amid delays at factories.

The European Union is “catching up” with the UK’s coronavirus vaccination programme, European Commission President Ursula von der Leyen was cited by the German newspaper Augsburger Allgemeine as saying, as the official responded to renewed criticism of the rollout among the 27 member states.

The EU has been lagging behind countries like Great Britain in inoculating its citizens. The latest figures suggest 27 percent of the UK population has received a first jab compared with 6 percent of the EU population, writes The Guardian.

As of 21 February, 2021, the UK had administered 26.81 doses per 100 people in the country.
Meanwhile, the EU faced delays in deliveries of the AstraZeneca vaccine, as well as those developed by Pfizer and BioNTech, as well as Moderna - the only jabs approved for use by the EU’s drug regulator. 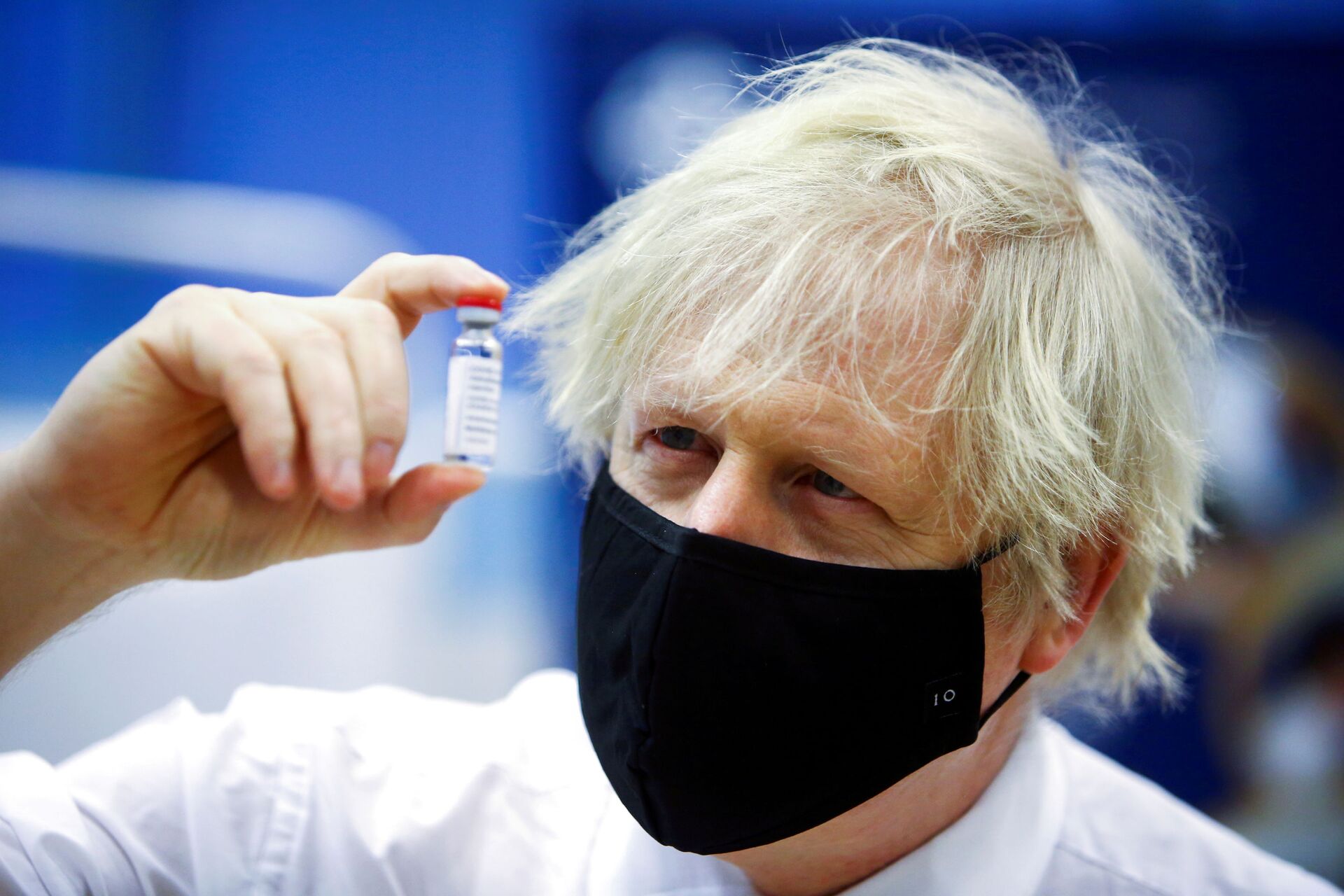 “I understand very well the impatience that, now that the vaccine is available, citizens want to be vaccinated as quickly as possible and finally be protected. We’re catching up. Britain has inoculated 17 mln first doses. There are 27 mln in the EU, said the official.

Arguing with the claims that the UK was leading the coronavirus vaccination rollout race, the Brussels official elaborated:

“In Italy, with a population similar to that of Great Britain, twice as many citizens received full vaccination protection with the second dose as in the UK.”

How are countries doing? Percentage of the population fully vaccinated against covid-19 as at 21 February: pic.twitter.com/NTWBnbDOFa

Unfortunately, the UK is not leading the Western world on vaccine roll-out, despite making early purchases. France, Spain, Portugal, Germany, Poland, Denmark, USA, and others, have all fully vaccinated a higher percentage of their population than the UK.https://t.co/Zyu7MDAlB1

​When asked whether she had any apprehensions about being vaccinated with the Oxford/AstraZeneca jab, she replied:

“I would be vaccinated with the vaccine from AstraZeneca just as safely as with the products from BioNTech/Pfizer or Moderna. When we started looking for the most promising out of the hundreds of candidates 10 months ago, we assumed an effectiveness of between 50 and 70%. Now everyone is on top of it. The vaccine has been carefully examined, found to be safe and effective, and approved.”

On 29 January, when the European Medicines Agency (EMA) approved the Oxford-AstraZeneca vaccine for use for all age groups in the EU, French President Emmanuel Macron slammed it as "quasi-ineffective" for people over 65, as he addressed a group of reporters, including POLITICO, in Paris.

Earlier, the British–Swedish multinational pharmaceutical giant AstraZeneca Plc informed the European Union it “would deliver less than 90 million doses in the second quarter”, according to an EU official cited by Reuters.

Problems at a vaccine factory in Belgium run by partner Novasep were reportedly cited by the drugmaker. 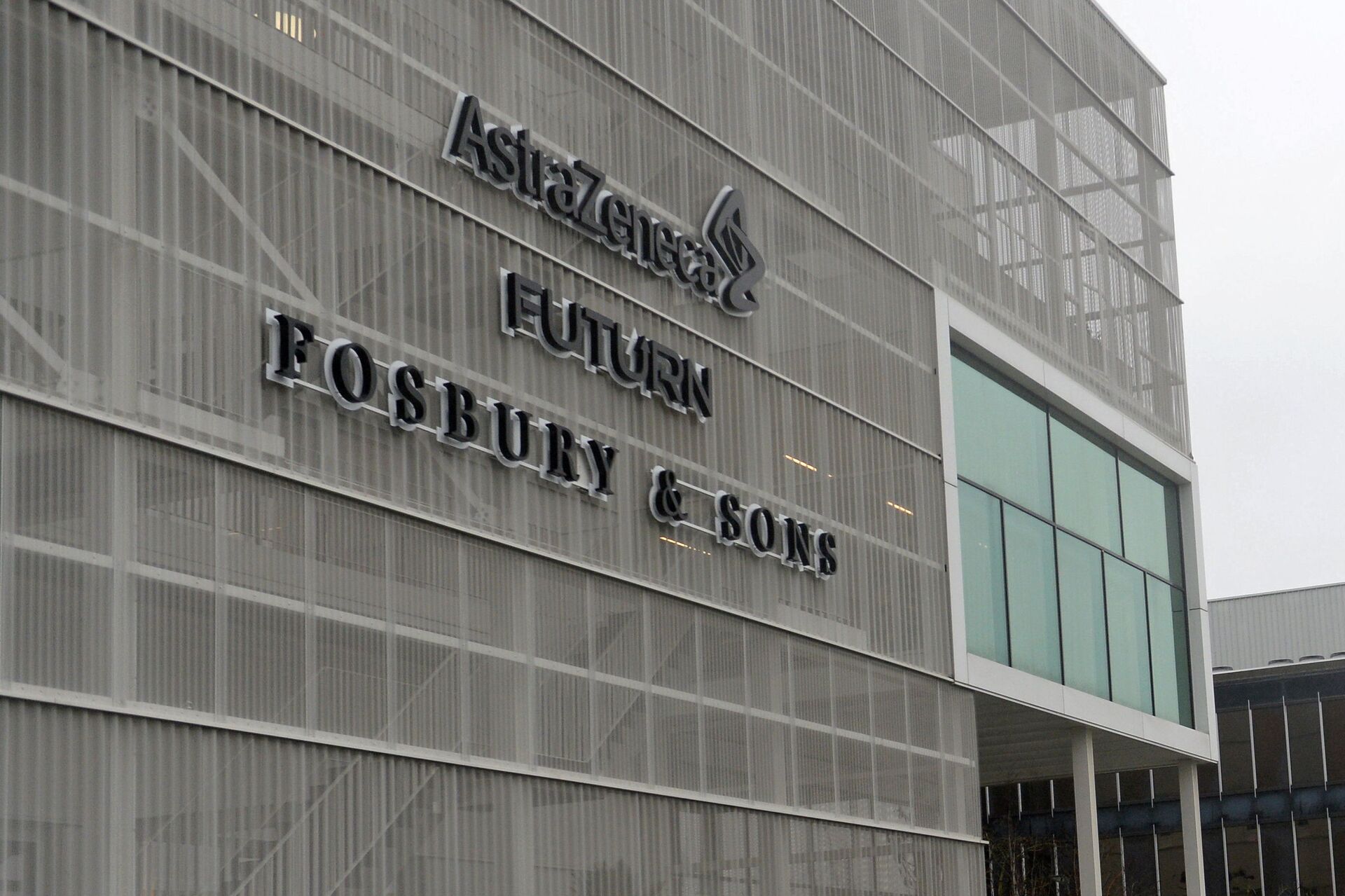 In response to reports of impending shortfalls in the delivery of jabs to the EU, a spokesperson for AstraZeneca said the “most recent Q2 forecast for the delivery of its COVID -19 vaccine aims to deliver in line with its contract with the European Commission”.

It was added that he company was seeking to boost productivity in its EU supply chain by resorting to its global capability to “achieve delivery of 180 mln doses to the EU in the second quarter.”
There was no official comment on the report from the European Commission, which coordinates talks with vaccine manufacturers.

On Thursday, the EU’s 27 heads of state and government will discuss options for speeding up the vaccine rollout at a virtual summit, pertaining to production and authorisation issues.