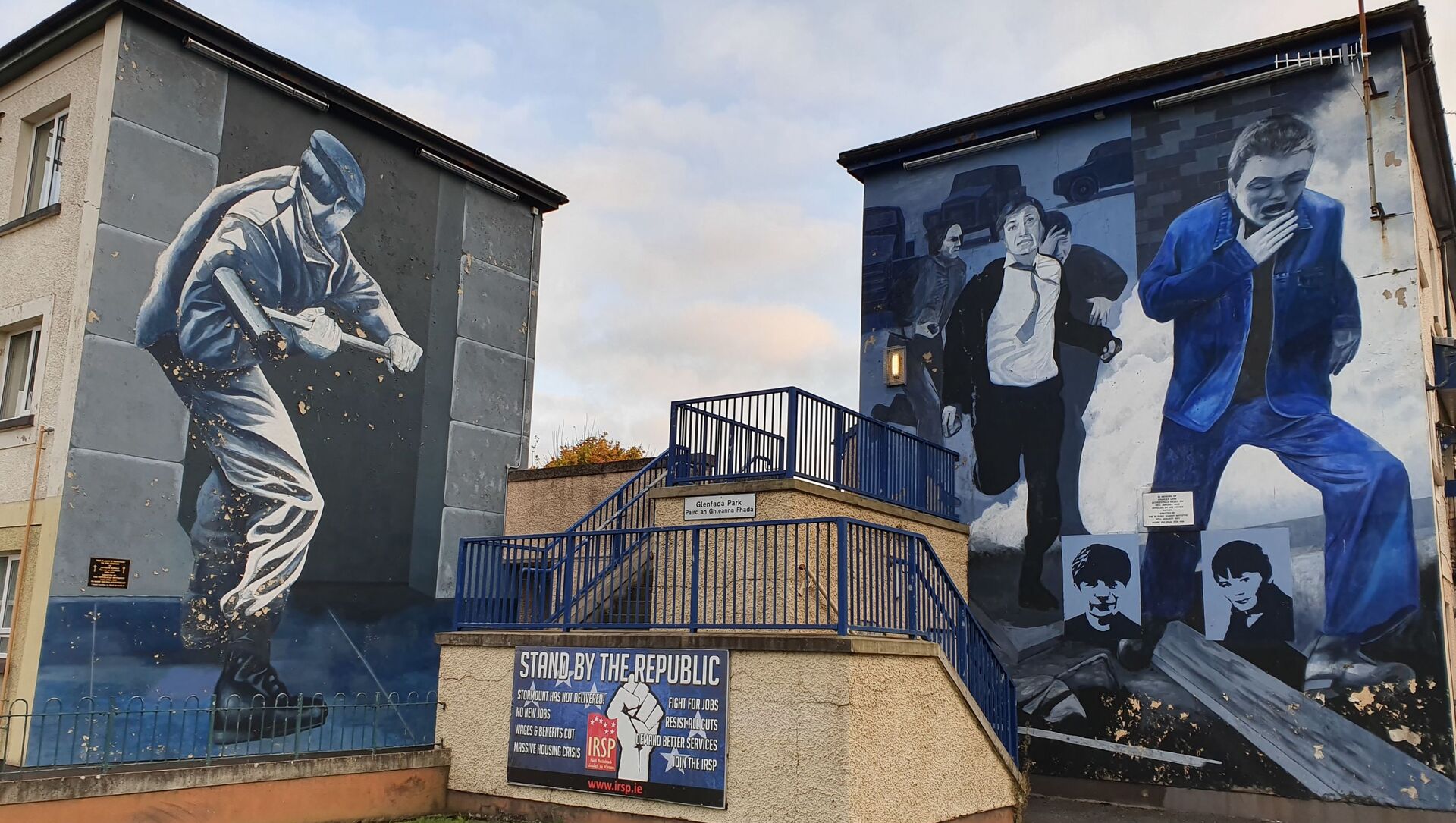 Chris Summers
All materialsWrite to the author
More than 3,600 people suffered violent deaths during The Troubles - 30 years of sectarian strife in Northern Ireland, which was ended by the Good Friday Agreement. But why is the UK government having trouble shutting the door on the past?

The families of hundreds of victims of The Troubles in Northern Ireland are still waiting for a reply to an open letter they sent to British Prime Minister Boris Johnson and Ireland’s Taoiseach, Micheál Martin, a month ago.

In the letter, published in the Irish News in Belfast and the Irish Echo in New York, they urged the pair to follow through with the pledge of the 2014 Stormont House agreement, which agreed to set up an independent investigation unit to look again at all unsolved cases. 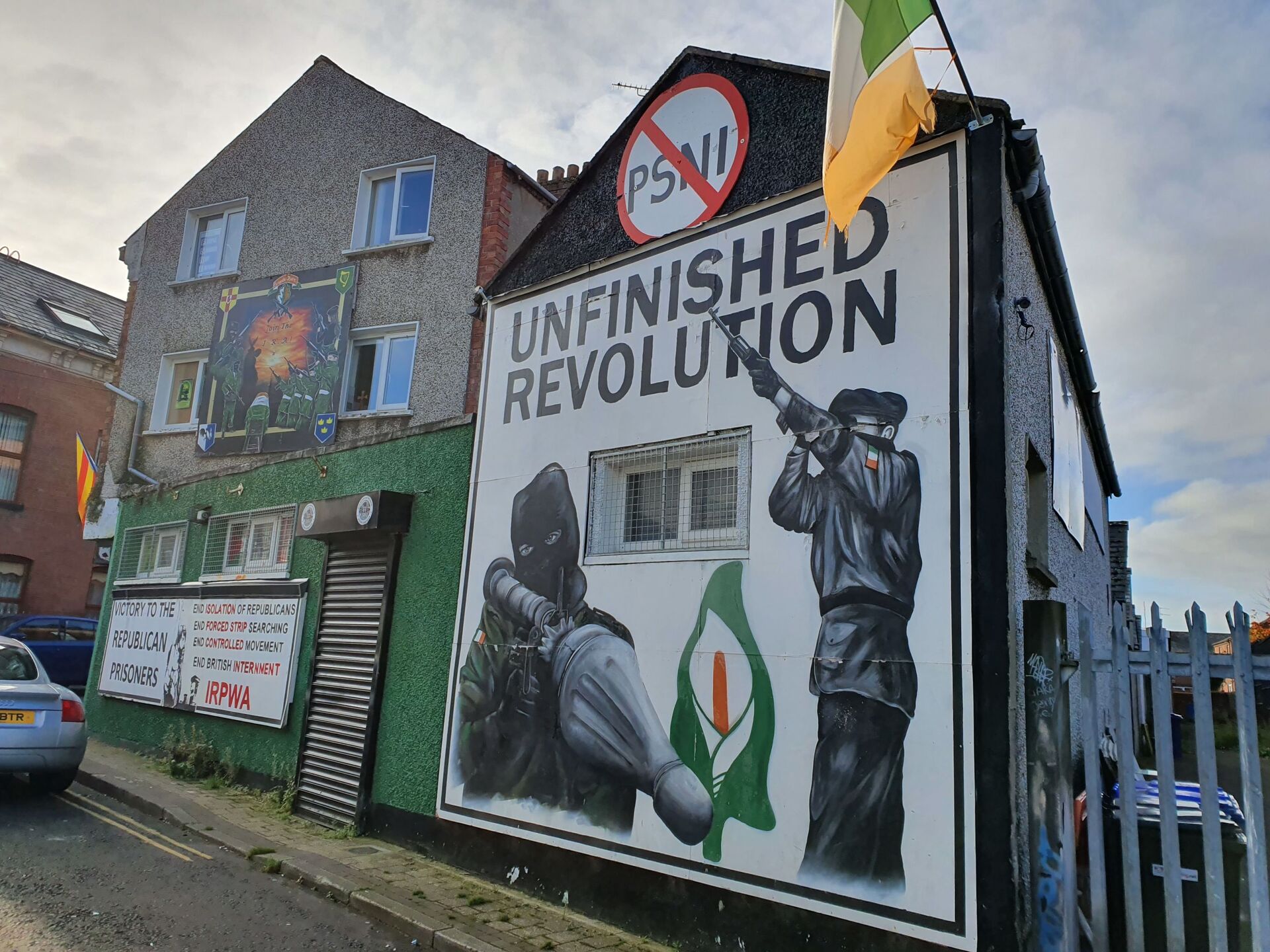 ​The agreement also promised a mechanism similar to South Africa’s Truth and Reconciliation Commission to enable families to get closure in cases where it was not possible to prosecute the perpetrators.

But in March 2020 the Secretary of State for Northern Ireland, Brandon Lewis, announced a new plan which would mean an "end to the cycle of reinvestigations that has failed victims and veterans for too long."

The plan, introduced four months after the Conservatives won a resounding majority in the general election, meant the majority of the 2,000 unsolved cases would be closed and could not be reopened.

Lewis’s plan was seen by many as offering protection to British Army veterans who may have been involved in a “dirty war” in Northern Ireland and followed a long campaign by the Daily Telegraph newspaper.

So what are some of the unsolved cases which the British government does not want light being shed upon?

In May 1972 a loyalist bomb went off outside Kelly’s Bar - a pub frequented by Catholics - in Belfast, killing part-time barman John Moran, 19.

Mr Moran’s nice, Lisa McNally, was one of the signatories to last month’s open letter and she said: “My family has been informed the documents relating to these deaths will be closed and none of us can read them for 100 years.”

After the Kelly’s Bar bombing the then Northern Ireland Secretary Willie Whitelaw falsely claimed the device had been an IRA bomb which detonated prematurely.

To finish our videos this evening Lisa McNally, whose father and uncle were killed in Kelly’s Bar in 1972 explains why she signed the letter to.⁦@MichealMartinTD⁩ and .⁦@BorisJohnson⁩ Calling for the implementation of the Stormont House agreement #Time4Truth pic.twitter.com/g8r7TiSXWs

​In 2017, researcher Ciarán MacAirt, from the charity Paper Trail, told the Irish News he had unearthed documents which showed the British Army was given the names of two suspects - members of the loyalist Ulster Volunteer Force (UVF) - hours after the attack.

Mr MacAirt said the documents "proved that the security forces had intelligence from one of their own that Kelly's Bar was a loyalist attack."

In May 1994, Roseanne Mallon, 76, was shot and killed by a gunman who fired through a window as she watched television at her sister-in-law’s house in Killymoyle, County Tyrone.

Her nephew Martin Mallon was an Irish republican who had been jailed for possessing explosives and he is convinced her killing was part of a “dirty war” carried out by loyalists with the collusion of the British state.

A ‘must read’ blog by Mike Ritchie, especially for anyone who thinks that the British Government didn’t participate in the conflict. Roseanne Mallon’s blood is on the hands of the Tory Govt who sanctioned her murder, then covered it up. https://t.co/WZhaSQB5XR

​In 2009, he told the BBC: "This was part of an ongoing campaign. We want to find out what happened and why. We want justice."

Mr Mallon said he believed it was a deliberate policy to target relations of Irish republicans in an attempt to force the IRA to give up their “armed struggle”.

The gang who carried out the killing is believed to have been led by Billy Wright, a notorious loyalist nicknamed King Rat, who was himself assassinated while in the Maze prison in 1997.

An inquest in 2019 heard the house was kept under surveillance by police cameras during the day but not at night, when the attack happened.

The coroner, Lord Justice, ruled out collusion between the security forces and the UVF but said the Special Branch’s refusal to hand over surveillance footage was “deeply unsatisfactory."

On 3 June 1991, three IRA men were shot dead by the SAS as they travelled through the village of Coagh in County Tyrone on its way to carry out a terrorist attack.

McNally had been acquitted of murdering a former soldier, Harry Livingstone and his brother Henry told the BBC in 2009 he believed the men were executed in cold blood by the SAS.

Ryan’s cousin, Tarlac Connolly, told the BBC in 2009: "We want to hold the person responsible accountable. We don't think it was crazy SAS men or a few rotten apples. We think a decision was taken at a high level to finish them off. We want to take that person (who made that decision) to The Hague for war crimes."

There has never been an inquest held into the Coagh ambush victims.

And if you're against living in the past, does that mean we can no longer talk about the plantation, Easter Rising, War of Independence, hunger strikers, Pat Finucane, Bloody Sunday, etc?. Or is it right to look back on those things from the past and ask questions?

​His family fought a long campaign to prove the security forces colluded with the killers.

But in November last year Northern Ireland Secretary Brandon Lewis said he had decided against a fresh inquiry into the killing.

Mr Finucane’s widow, Geraldine, said the decision “beggars belief” and was “yet another insult added to a deep and lasting injury."

Mr Finucane’s son, John, was elected as the Sinn Fein MP for Belfast North at the December 2019 general election.

In the summer of 1981 several IRA men, led by Bobby Sands, were on hunger strike inside the notorious Maze prison. They were demanding to be treated as “prisoners of war” rather than common criminals.

After one of them, Joe McDonnell, died on 8 July Catholic mobs came onto the streets of republican parts of Belfast and began rioting.

Aine McCabe, daughter of Nora McCabe explains why she signed the letter to .@MichealMartinTD and .@BorisJohnson calling for the implementation of the Stormont House Agreement #Time4Truth #NotGoingAway pic.twitter.com/iEnwD3DYZI

​Nora McCabe, 33, was standing on the Falls Road when she was struck by a plastic bullet fired by a Royal Ulster Constabulary officer.

She died in hospital without regaining consciousness.

An inquest in 1983 ruled that Mrs McCabe was an “innocent party” and the family were later awarded compensation of £25,000.

The McCabe family were angered when one of the officers involved was promoted to assistant chief constable of the RUC, the police force which was disbanded and replaced by the Police Service of Northern Ireland after the Good Friday Agreement.