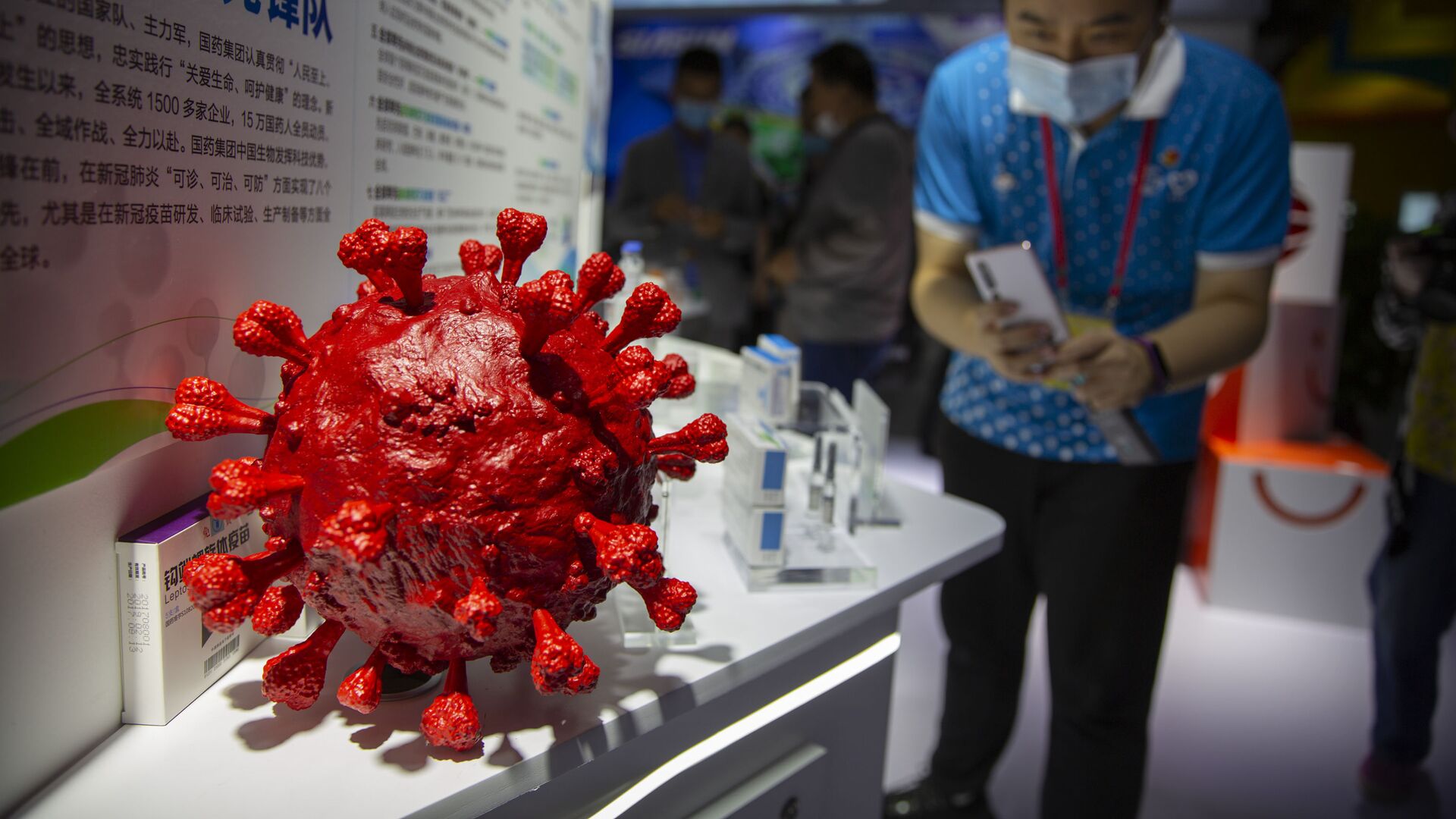 Lilia Dergacheva
All materialsWrite to the author
The Donald Trump administration regularly traded barbs with Chinese officials over the origins of the deadly coronavirus flare-ups across the world, with the ex-POTUS insistently referring to the novel infectious disease as “the Chinese virus”, much to Beijing’s annoyance.

The US has “a very strong reason to believe” the Chinese military was conducting some classified experiments on animals in the Wuhan virology laboratory where there must have been an outbreak of a flu-like disease in the autumn of 2019, Matthew Pottinger, a deputy national security adviser to former President Donald Trump, has alleged on CBS News’ “Face the Nation”.

He said “the ledger on the side of the explanation that said [the outbreak] resulted from some kind of human error far outweighs the side of the scale that says this was some natural outbreak”, adding that the experiments could have gone all the way back to at least 2017.

Pottinger assumed that the Chinese authorities could have had tangible reasons to cover up the virus' spread, but doctors working there were well aware and openly spoke about a highly contagious virus that travelled “silently” from one person to another.

“We had about a dozen [Centres for Disease Control and Prevention] officers in China”, Pottinger said. “We had lots of CDC officers in the United States that deal with Chinese doctors. … They said this thing is not going to be like SARS. It is going to be like the 1918 flu pandemic because it is spreading silently”.

He lamented the fact that US officials “were a little bit too credulous”, given the fact that they were “waiting to be fed information when we were not going to get that information” from the Chinese Communist government, which, the ex-official remarked, didn’t turn to the country’s own CDC to deal with the matter, but rather “to the military”.

“Our CDC did not have relations established with the Chinese military. So the director of the Chinese CDC, based on public reporting, didn't know either… that this thing was circulating until the last day of December", Pottinger said.

The Trump administration didn’t mince its words all throughout the year 2020 when commenting on the alleged origins of the virus, openly charging that China, where the first flare-up was registered in December 2019, was responsible for the deadly pandemic.

Trump frequently referred to the COVID-19 pathogen as the “Chinese virus”, saying 184 countries were suffering because of it, while it “could have been solved very easily when it was just starting”. Chinese officials, however, hit back at the time, stressing they moved to notify the world about the virus' spread and rushed to recommend ways to tackle the disease as soon as they worked them out and verified all the relevant information.

The World Health Organisation, which declared the COVID-19 outbreak a pandemic on 11 March 2020, is still looking into the possible origins of the novel virus spread, having announced so far that the zoonotic (animal) source of SARS-CoV-2 remains unknown.

Yet, its report published in late March 2020 states that a large proportion of the initial cases in late December 2019 and early January 2020 had a direct link to the Huanan Wholesale Seafood Market in Wuhan, where seafood, wild, and farmed animal species were sold. The pandemic has so far claimed over 2.4 million lives around the world.