SHINee is Back: Legendary Group Rushes Back Into K-Pop With New Album and MV 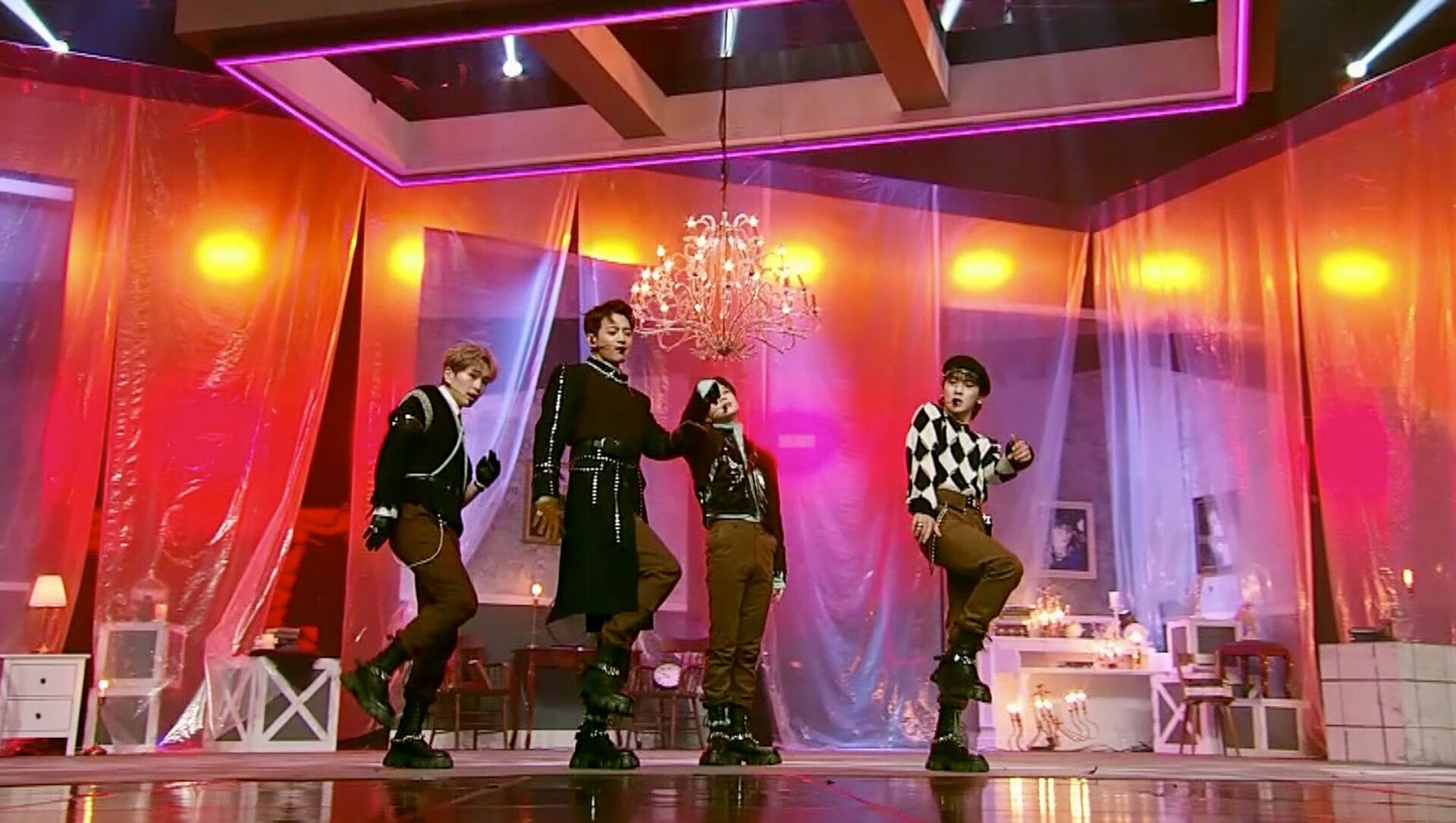 Martha Yiling
All materials
One of the most popular K-Pop groups ever to have walked the face of the Earth have made a powerful return after two years and six months since their last release.

All Shawols (the name by which the dedicated army of SHINee fans goes) and K-Pop fans in general have been carried away on a tidal wave of ecstasy since the legendary group made a comeback with its seventh full-length album Don't Call Me and music video of the same name on 22 February.

In the video, the band presented a darker and more charismatic version of the SHINee norm, as the track is about how one feels after being betrayed by one's beloved. The lyrics for the song were written by famed lyricist Kim Yeon-jung, better known as Kenzie. A deep bass beat, with a sense of hip-hop and exciting dance performances, show off SHINee's unique and instantly seductive vibe which will get every fan jumping about.

This comeback has been long anticipated as their last album was released in 2018 and the group had temporarily disbanded since all members, except the youngest, Taemin, had to do their national service.

Shawols celebrated the group's intense and fierce comeback. Although SHINee have been performing for 14 years, they can still amaze with their talent, as can be seen from how #SHINeeIsBack and #Dont_Call_Me have been trending worldwide.

THEY ATE EVERYTHING UP. THE MUSIC. THE CONCEPT. THE ACT. THE VOCALS. THE RAP. THE FUCKING BRIDGE. THE CHOREOGRAPHY. UNTOUCHABLE.#제2의링딩동_돈콜미#SHINeeisBack pic.twitter.com/UC6s4u8qEa

they are the trendsetters, they are untouchable, they are unmatched, and most of all they are back. SHINEE IS BACK! #Dont_Call_Me #SHINee #제2의링딩동_돈콜미#SHINeeisBack pic.twitter.com/S5E1tnxrgW