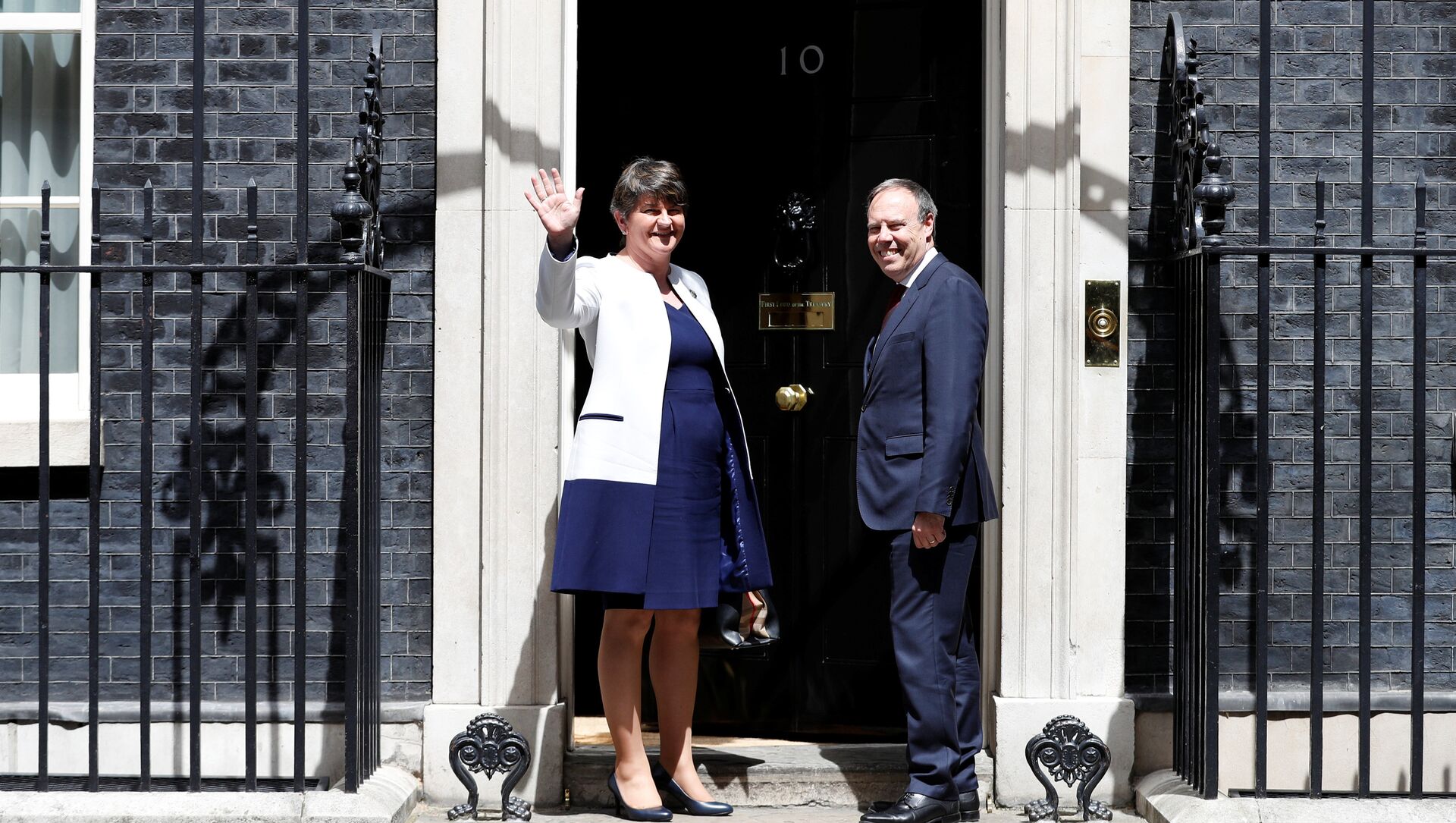 The leader of the Democratic Unionist Party, Arlene Foster as well as senior DUP lawmakers are going ahead with lawsuits to challenge the Brexit deal's arrangements on Northern Ireland.

"We have considered a number of legal routes, and will be joining other unionists from across the United Kingdom in judicial review proceedings to challenge the protocol, unless arrangements are put in place", Foster said in a statement.

Separately, a party source involved in the initiative told PA that preparatory work on a "series of very significant legal challenges" was at an advanced stage. "No stone will be left unturned in the pursuit of justice for the people of the union", the source said.

The DUP are thus set to join other unionists across the UK in their legal action unless Downing Street puts in place alternative post-Brexit trade arrangements that secure their consent.

Unionists have argued that the Brexit protocol undermines the Act of Union and the Northern Ireland Act, which gives legislative effect to the 1998 Good Friday/Belfast agreement. The latter established devolved powersharing in the area. More specifically, the unionists have become increasingly frustrated over new regulatory schemes required to bring goods into Northern Ireland from the rest of the UK.

DUP deputy head Nigel Dodds, the party's Westminster leader Sir Jeffrey Donaldson, and its chief whip Sammy Wilson have thrown their weight behind Foster's initiative, which came in response to large-scale disruptions of business due to complications at Irish Sea ports.

"There will be few with sympathy for the argument that the protocol, which prevents a hard border in Ireland and guarantees dual market access for local businesses, breaches the Good Friday agreement", Eastwood stressed.

The DUP leadership, meanwhile, has come up with a five-point plan aimed at frustrating the operation of the new protocol, with the campaign reportedly envisaging a boycott of north-south ministerial engagement on divisive trade arrangements.

The unionists also launched an online petition to call a for a new debate on the protocol in Westminster, which is scheduled for Monday.

The now applicable Brexit protocol was agreed upon by the EU and UK to overcome one of the main stumbling blocks in the lengthy Brexit and post-withdrawal talks.

While Northern Ireland remains in the single market for goods and applies EU customs rules at its ports, the protocol moved the regulatory and customs border to the Irish Sea, with a series of checks, and obligatory certifications now additionally required for many goods to be shipped into the region from other parts of Great Britain.

This has led to quite a few trading disruptions since the new rules took effect at the end of the post-Brexit transition period on 31 December.