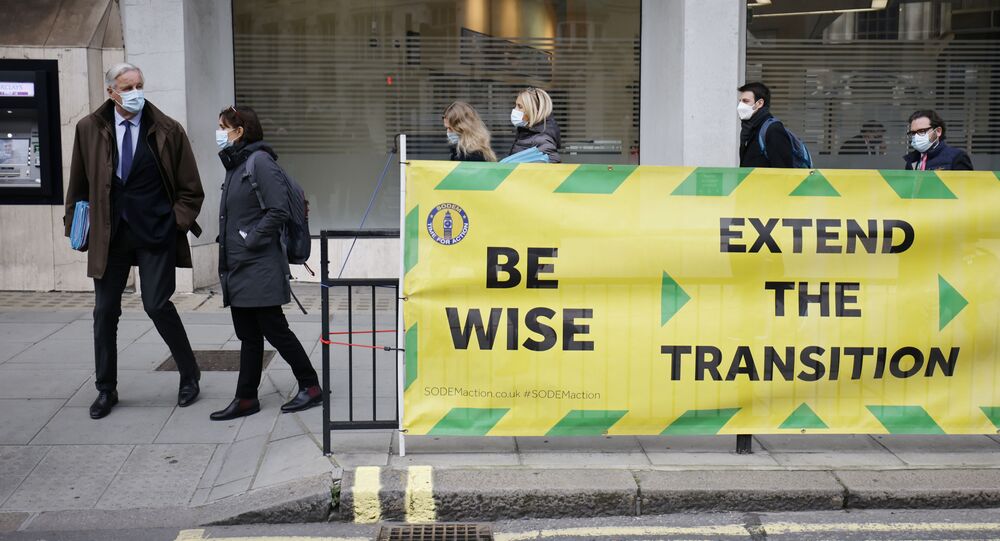 On Saturday, UK Prime Minister Johnson and EU chief Von der Leyen made a joint statement to say that negotiations on post-Brexit trade relations, which had stalled earlier this week, would continue on Sunday.

Irish Foreign Minister Simon Coveney said that it is difficult to say anything definite on the likelihood of a Brexit deal.

He added, however, that he is convinced that "everybody wants a deal".

"I do not think any member state wants to take a risk with a no-deal," Coveney said, as quoted by Reuters.

According to him, "a no-deal would make compromise much more difficult". "It would be dangerous," the minister added.

Coveney also shared his thoughts about the Internal Market Bill.

"I see the Internal Market Bill issue as a negotiating tactic," the minister said, adding that EU negotiators should not be distracted by this.

The Financial Times reported on Sunday, quoting a government official, that Prime Minister Boris Johnson may remove the law-breaking clauses from the Internal Market Bill should he wish.

"The PM is going to have to make this call personally, he’s incredibly forceful about the need to have a safety net. But safety nets can always be taken away when they’re not needed," the official was quoted as saying by the paper.

Speaking to RTE radio, the minister said that "the problem linked to those pieces of legislation may find a way of disappearing if we can get the negotiation agreed on the substance".

Commenting on the current situation with the UK-EU talks, Irish Prime Minister Micheál Martin said that "there is every chance talks could last until EU Council meeting on 10-11 December".

"My sense having spoken to some of the key principals here is that it is a very challenging issue to resolve, particularly around the level playing field ... Things are on a knife edge here and it is serious", he said, as quoted by Reuters.

This comes as UK Prime Minister Boris Johnson and President of the European Commission Ursula von der Leyen announced on Saturday that the talks which were put on hold by chief negotiators on Friday would continue on Sunday. In a joint statement, Johnson and Von der Leyen recognised that no trade deal could be reached unless deep-seated differences were resolved.

The extension period which started after the UK left the EU on 31 January, will expire at the end of the month. Despite weeks of intense negotiations, London and Brussels have not yet managed to find a compromise on major points that would determine their post-Brexit trade relations. These are such issues as fishing rights, the "level playing field" (the standards the UK must meet to export goods to the EU) and a mechanism to settle future disputes.