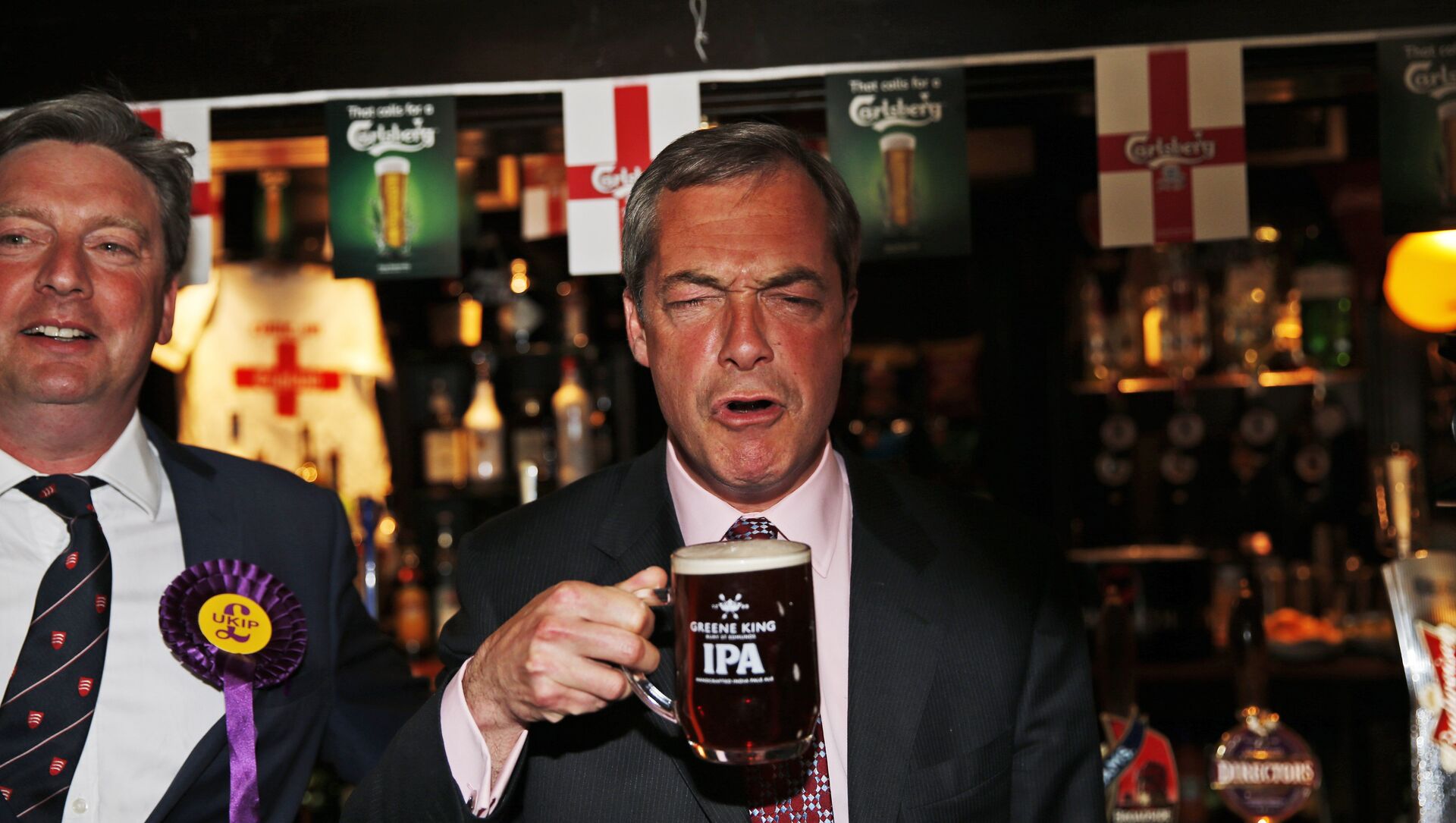 Evgenia Filimianova
All materialsWrite to the author
Scrap the EU Human Rights Act, demanded Brexiteer Nigel Farage, only to be reminded by commentators online that such thing did not in fact exist.

Leader of the Reform UK party argued that the process of UK’s withdrawal from the European Union would be incomplete, unless London “left the European Convention of Human Rights (ECHR)”.

“Yes we have Brexit and I’m delighted about that. When the Prime Minister says we have taken back control of our borders - well only up to a point - we haven’t left the European Convention of Human Rights which is put into law by the Human Rights Act,” Farage said in a video message he posted on Twitter.

​“It seems to me the rights of bad people are often superior to the rights of good people. These stories show our total level of impotence. We need to leave the European Convention of Human Rights and then Brexit will be complete,” he added.

Respondents on Twitter were quick to correct the politician and point out that “there is no EU Human Rights Act.”

There is no “EU Human Rights Act”. And the person saying it knows this, but is desperate for the attention. Sadly, the quantity of misinformation around means that people will believe him.

Just to say: there is no “EU Human Rights Act”. The *sovereign* UK Parliament chose to enact the Human Rights Act 1998. It has nothing to do with the EU. I think you probably already knew that.

As soon as Nigel Farage has scrapped the EU Human Rights Act he intends to move on to repeal of the EU Beans on Weetabix Act.

Liar. There is no such thing. The Human Rights Act is British.

It enshrines the values we hold dear – like dignity, fairness, equality, tolerance and respect.

Everything your politics of hate stands against. pic.twitter.com/h1EXm8Vt21

The Convention for the Protection of Human Rights and Fundamental Freedoms, better known as the European Convention on Human Rights, was adopted in 1950.

ECHR is an international treaty between the 47 states that are members of the Council of Europe (CoE) - not to be confused with the European Union.

The treaty was purported by former UK Prime Minister Winston Churchill, whose legacy Farage seems to support. Speaking of Churchill and the recent reports his bust was removed from the White House Oval Office by the Biden administration, Farage said it was “a slap in the face to the British and any prospects of good relations.”

Former UK Independence Party leader, Farage has been questioned on the veracity of his statements in the past. Ahead of the 2016 EU referendum Vote Leave campaigners promised 350 million pounds of EU cash will be freed up for the NHS after Brexit. Following the referendum, Brexiteer Nigel Farage rejected he had ever made the claim.