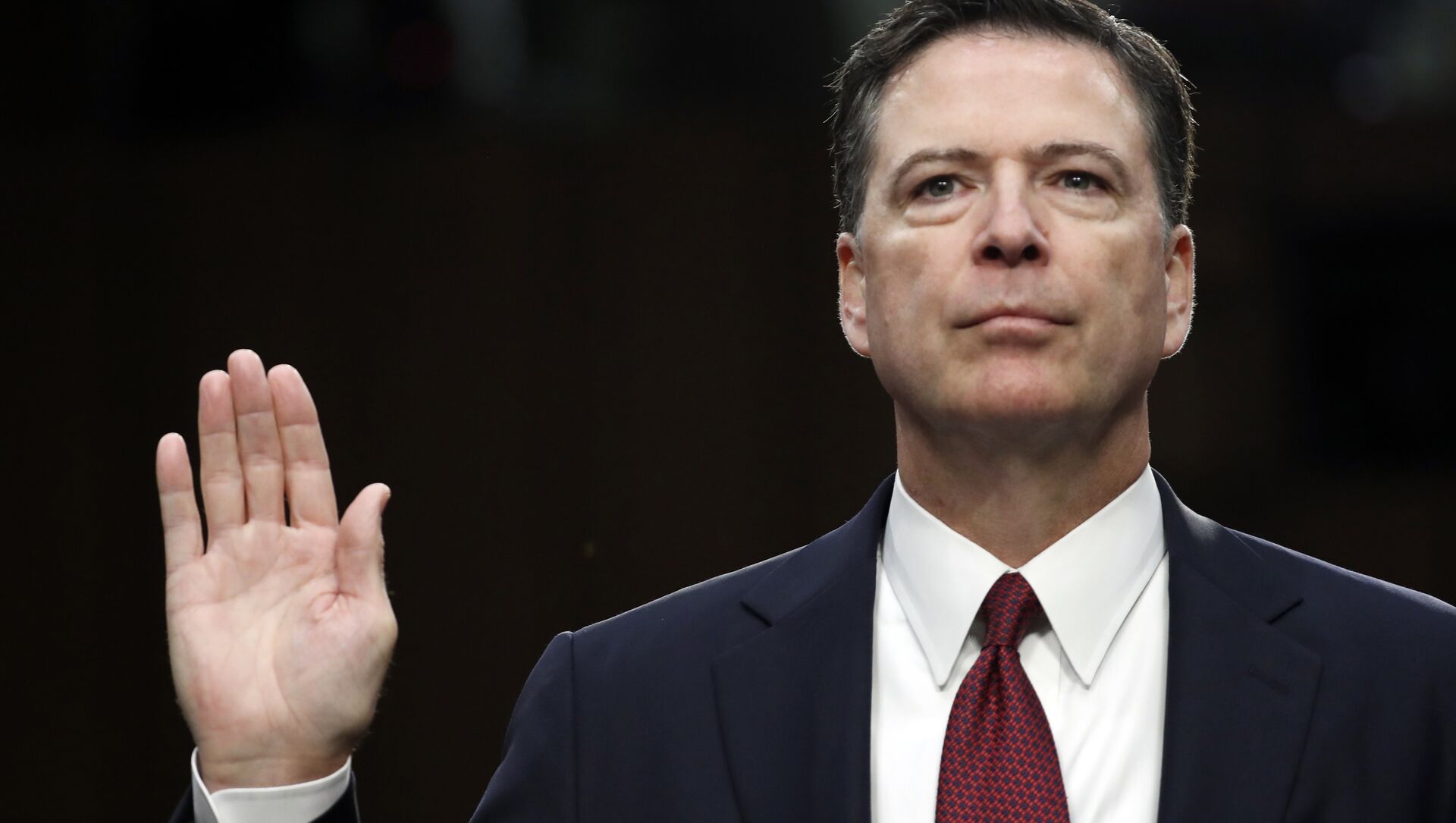 © Alex Brandon
Subscribe
Ilya Tsukanov
All materialsWrite to the author
US officials spent over three years and tens of millions of dollars investigating alleged collusion between the Trump campaign and the Kremlin during the 2016 election. At the heart of it all was the so-called ‘Steele Dossier’, the since-discredited report which made fantastical allegations on the extent of Donald Trump’s alleged ties to Russia.

In January 2017, Obama-era FBI director James Comey emailed then-Director of National intelligence James Clapper to inform him that his agency could not “sufficiently corroborate the reporting” of the Steele Dossier, before signing off on a Foreign Intelligence Surveillance Act (FISA) warrant to spy on the business mogul’s campaign the very same day, a newly released email obtained by Just the News shows.

“Jim, I just had a chance to review the proposed talking points on this for today. Perhaps it is a nit, but I worry that it may not be best to say 'The [Intelligence Community] has not made any judgement that the information in the document is reliable.’ I say that because we HAVE concluded that the source is reliable and has a track record with us of reporting reliable information; we have some visibility into his source network…and much of what he reports in the current document is consistent with and corroborative of other reporting included in the body of the IC report. That said, we are not able to sufficiently corroborate the reporting to include it in the body of the report,” Comey wrote.

The email is dated 12 January 2017, just over a week before Trump’s inauguration, and the same day that Comey signed a FISA warrant to renew surveillance of Carter Page, a former foreign policy advisor to the Trump campaign. By the end of that month, in addition to the FBI, Page was being probed by the CIA, the NSA, the Clapper’s office and the Financial Crimes Enforcement Network, despite not being accused of any specific crime. The advisor was cleared of any wrongdoing following the April 2019 release of the Mueller Report.

Speaking to Fox News about the newly unearthed email, Republican Representative Matt Gaetz accused Comey and the FBI of engaging in a “premeditated effort to dislodge the duly-elected president of the United States.”

“Not only did our Justice Department set up the president on the Russia hoax, they did it with rotten information and they knew the information was rotten when they did it,” the lawmaker suggested. The Florida politician suggested that he doesn’t expect the new information to lead to any “accountability” in the Trump-Russia saga, “because none of the career people there think the way to move up in the Biden Justice Department is to expose the Russia hoax.”

The FBI first launched a counterintelligence investigation into (then candidate) Trump in July 2016. The so-called ‘Steele Dossier’ was created by former MI6 agent-turned private investigator Christopher Steele, who was asked to probe the Trump campaign on behalf of the Democratic National Committee and the Hillary Clinton presidential campaign by Fusion GPS, a commercial intelligence firm. The dossier was then passed on to the FBI, which used it in their own probe, known as Crossfire Hurricane.

Declassified Docs on Russiagate Probe Reveal Problems With Sources, ‘Politicisation’ From the Start
The Steele Dossier’s claims ranged from allegations of contacts between Trump’s team and Russian nationals, to alleged attempts by the Kremlin to meddle in the campaign, to the now infamous supposition that the business mogul was compromised in a Moscow hotel in 2013 by watching prostitutes urinate on a bed. The allegations have been almost completely discredited, but did lasting damage to Trump, distracting his administration for much of its four years in office to respond to claims that he was a 'Russian agent'.

The Steele Dossier featured prominently in an 1800+ page haul of declassified transcripts of closed-door interviews of FBI agents released by Senate Judiciary Committee chairman Lindsey Graham last month. The records of the conversations showed that many agents expressed concerns about the lack of verification of the Trump-Russia claims, or felt that the probe was clearly “political” in nature.

In spite of the revelations, no one from the Obama administration or the US intelligence community have been charged with any crimes related to their involvement in starting Russiagate.