Zuma's Family Says it Will Fight Against Any Prison Term Given to Ex-S.Afican Leader 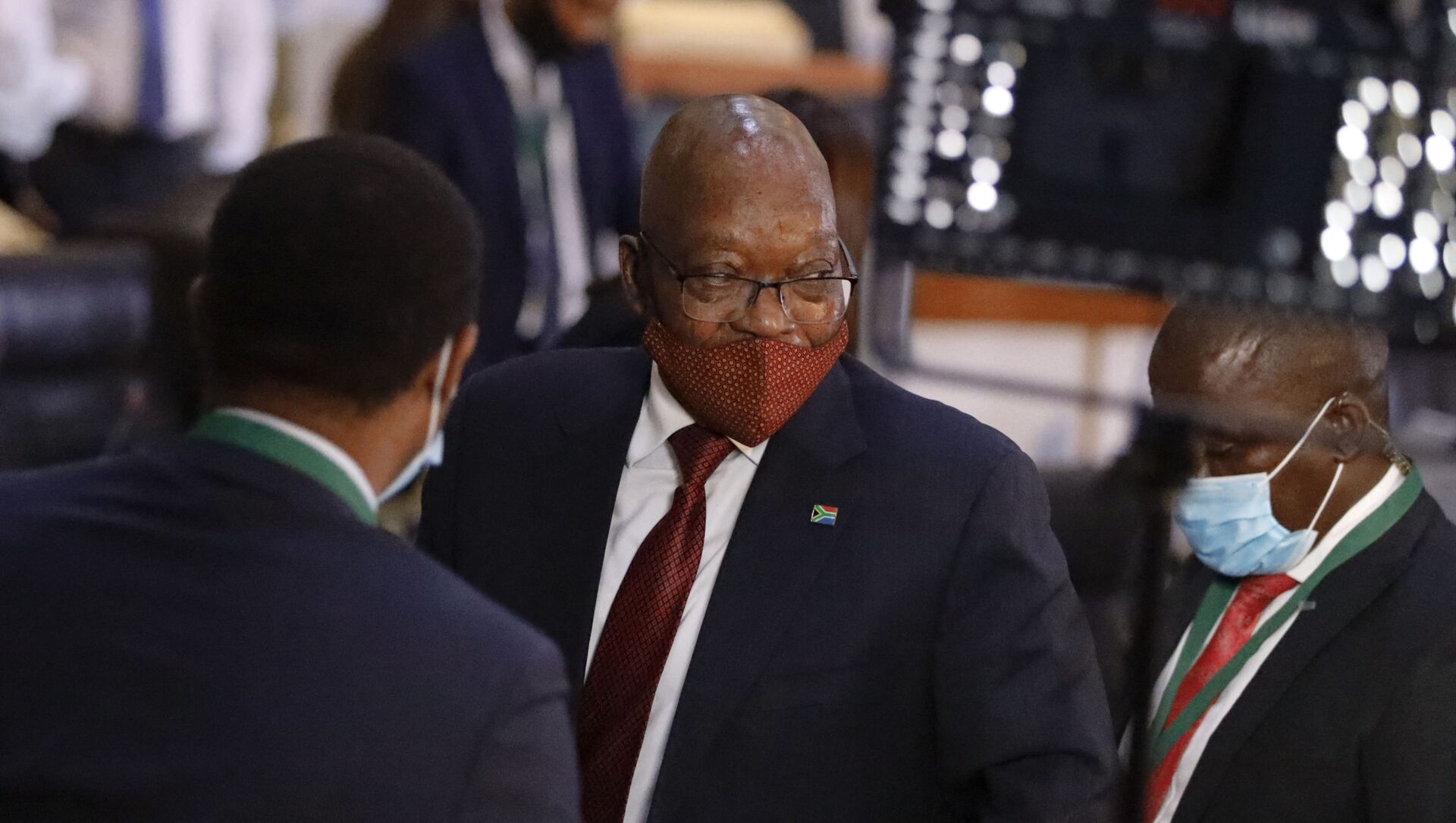 Earlier in the day, Zuma did not show up again before the commission. Deputy Chief Justice Raymond Zondo, who is leading the inquiry, said he would request that the constitutional court seek an order to detain the former leader for contempt of court. The Zuma family told the South African National Broadcaster that they did not welcome the court decision, saying the deputy chief justice was confused and did not make independent decisions. The family said it was clear that the deputy chief justice was being influenced and told what to do.

"We feel bad, we don't accept it. We will fight on and we don't want him to preside over Jacob Zuma and he knows that very well. There is a truth he is not telling, and until such a time he tells the truth, we will entertain him. If he doesn't tell the truth then he must recuse himself,"  one of the former president's sons, Edwin Zuma, said.

A support group called the Radical Economic Transformation continues to show public support for Zuma. They held a briefing to further rally behind the embattled former president.

"Who intervened and why is Deputy Chief Justice Zondo the most preferred judge to preside over Zuma. There are other judges who cannot be influenced. The manner in which Zondo subsequently deals with the Commission is biased and Zuma is being targeted, it's blatantly clear. When Zuma could not make it to the hearing due to ill health he was not given preference, this is worrying, but Minister of Public Enterprises Pravin Gordhan was given special treatment when he could not appear also due to ill health," Carl Niehaus, a spokesman for the uMkonto we Sizwe Military Veterans Association, said.

Meanwhile, the legal community in South Africa has fully come out in support of the deputy chief justice's decision. Lawyer Lesley Dube said he agreed with Zondo.

"Contempt of court is a criminal offence, I agree with DCJ Zondo," Dube said.

The commission has been hearing testimony since 2018, the year that Zuma had to resign amid a corruption scandal. Last year, the ex-president, who dismisses the claims against him, walked out of the proceedings when he was expected to give evidence on allegations of state capture over his ties with the wealthy Gupta family. The constitutional court has since ordered him to appear before the commission. This time, Zuma's legal team justified the no-show by saying that the summons was "irregular."