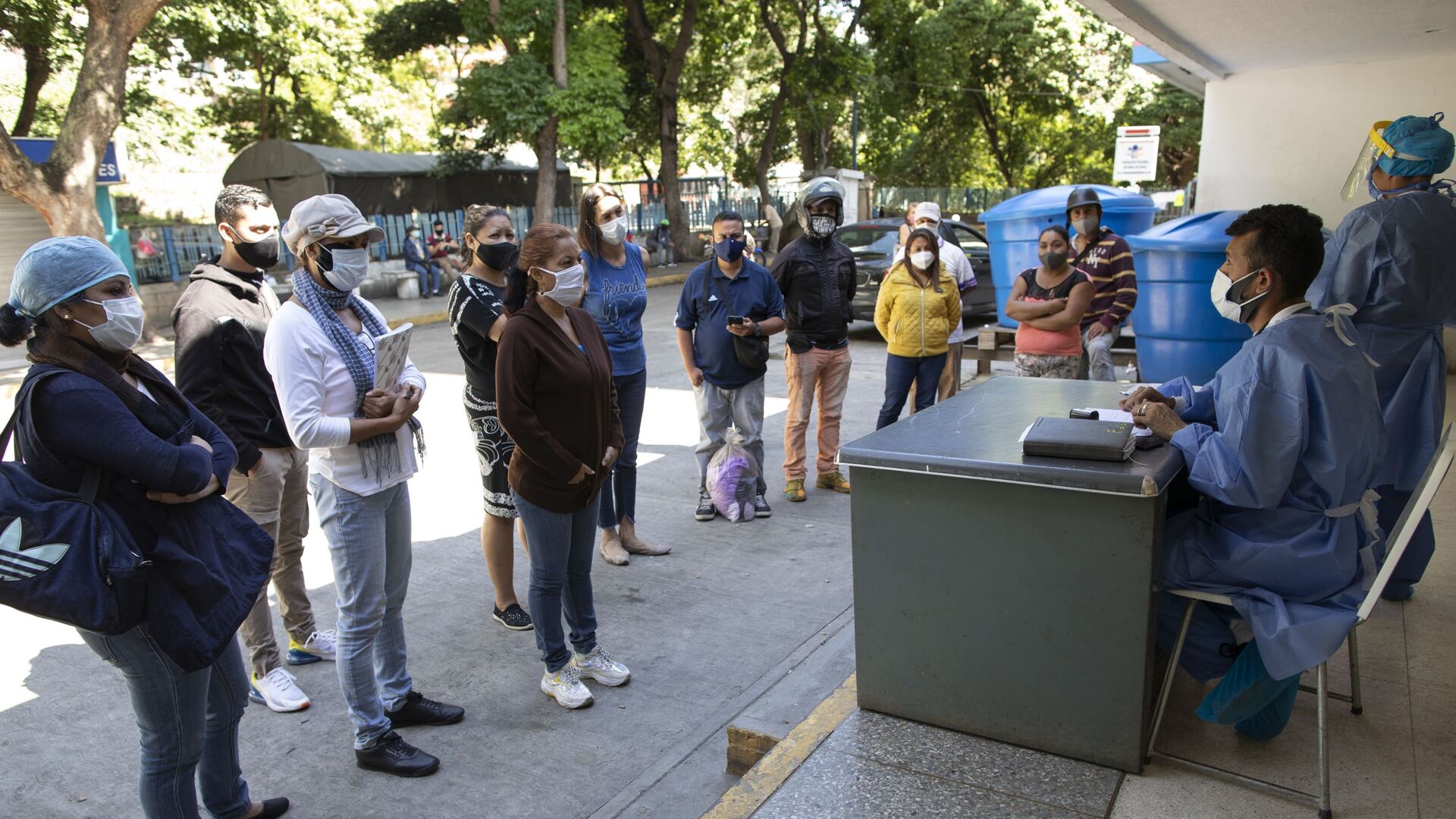 Morgan Artyukhina
All materialsWrite to the author
For years, the administrations of Donald Trump and Barack Obama maintained that economic sanctions on nations like Venezuela, Iran and North Korea made no affect on the acquisition of humanitarian aid, while admitting that the goal was to make life in the nations intolerable and compel the governments to comply with US demands.

A group of progressive lawmakers are urging US President Joe Biden to review Washington’s sanctions policy on Venezuela in the midst of what they call “catastrophic humanitarian consequences,” particularly relating to combating the COVID-19 pandemic.

“It is both a moral and public health imperative that our efforts to combat COVID-19 are global in scope because the pandemic’s economic consequences require international cooperation,” the lawmakers wrote. “The pandemic does not adhere to borders, nor does it account for complex geopolitical realities - until the virus is eradicated everywhere, it is not eradicated anywhere.”

The lawmakers cited Biden’s pledge on the second day of his administration to review all existing sanctions on other nations and their impacts on COVID-19 relief, and urged Biden to “consider the humanitarian impacts of sanctions more broadly.” 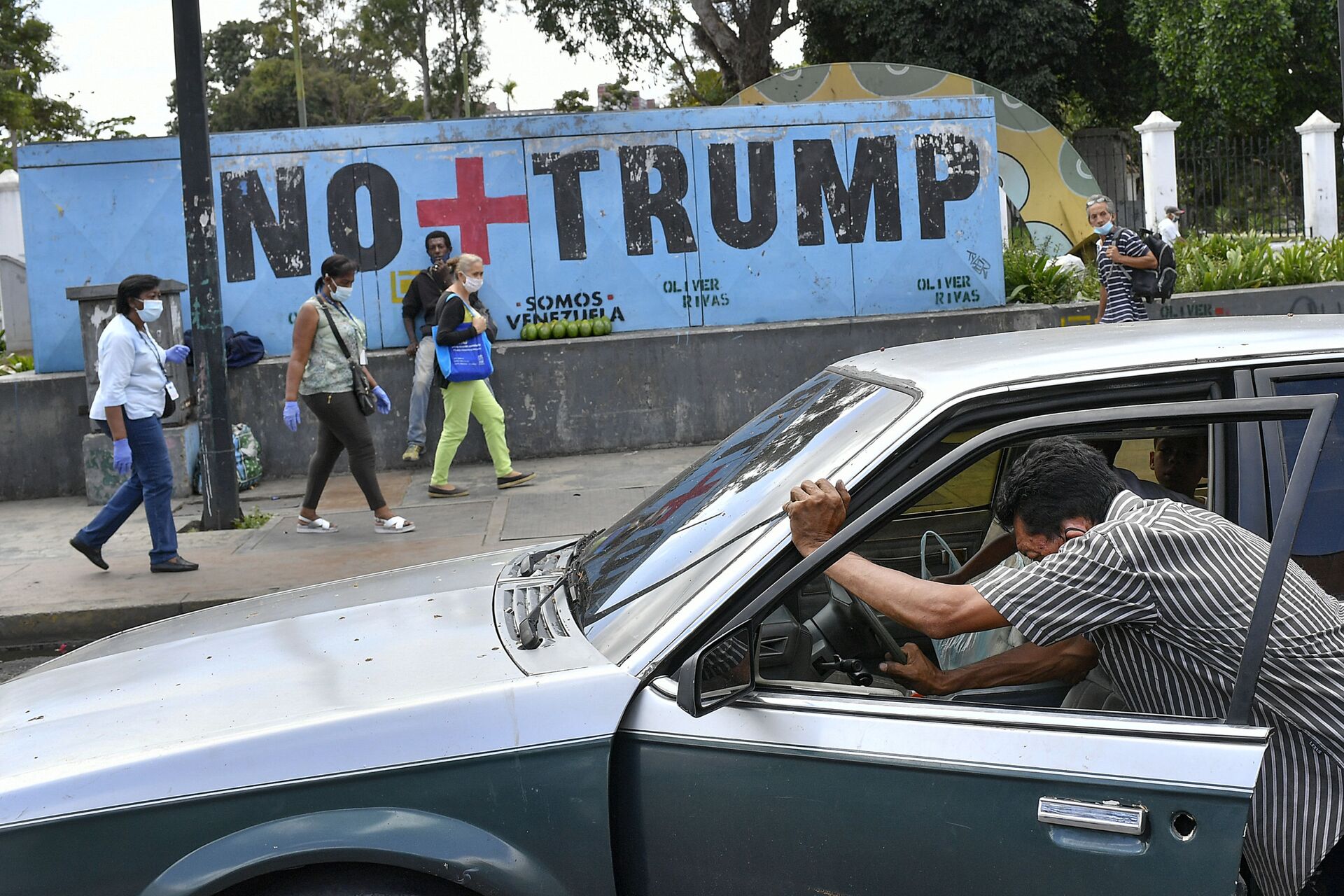 A man pushes his car that ran out of gas as people wearing protective face masks as a precaution against the spread of the new coronavirus, walk past a mural with a message that reads in Spanish: " No more Trump" in Caracas, Venezuela, Sunday, Nov. 8, 2020. Venezuelan President Nicolas Maduro has sent a congratulatory message to U.S. President-elect Joe Biden who won the U.S. presidential election, defeating incumbent Donald Trump.
© AP Photo / Matias Delacroix

“And while they have demonstrably harmed civilian populations, caused authoritarian governments to further constrict civil spaces and repress civil and political rights, squeezed the ability of humanitarian organizations to provide support during crises and disasters, made basic staples such as food, medicine, and gasoline prohibitively expensive, created and fueled black market economies, and driven our rivals deeper into dependency on one another, we have historically not conducted regular assessments to determine how sanctions connect to the policy outcomes they seek to achieve so that it’s often difficult to demonstrably prove their net benefit to national interests and security,” they added, noting in particular a “persistent problem of overcompliance, particularly from the financial sector.”

Ironically, even several oil giants have requested a lowering of some sanctions against the South American nation. Last month, representatives from US-based Chevron and India’s Reliance Industries urged Biden’s state department to revive 'oil swap' transactions exchanging diesel fuel for Venezuela’s plentiful crude oil, which it has struggled to produce, as, buying necessary parts for its refineries has also been blocked by US sanctions, creating chronic shortages.

On Monday, the Government Accountability Office (GAO), a nonpartisan auditing agency created by Congress, released a report showing that US sanctions were partially responsible for the implosion of the Venezuelan economy since 2015, when then-US President Barack Obama declared Venezuela a “national security threat,” and that these sanctions had directly inhibited the flow of humanitarian aid to the country, despite protestations otherwise by the Trump administration.

Those sanctions increased dramatically after the the Trump administration backed Juan Guaido, an opposition politician who declared himself Venezuela’s interim president in January 2019. Trump rallied several dozen Western nations to pressure Venezuelan President Nicolas Maduro to step down in favor of Guaido, whose repeated coup attempts they attempted to amplify support for with strangling sanctions. Instead, Guaido’s movement fizzled and in December 2020 parliamentary elections, voters delivered a strong majority to Maduro’s United Socialist Party of Venezuela.

Center for Economic and Policy Research (CEPR) co-director Mark Weisbrot noted the GAO’s report is “more evidence that these unilateral, illegal US sanctions are a form of collective punishment against the Venezuelan population and should be ended immediately.”

In April 2019, CEPR published a report on “economic sanctions as collective punishment,” demonstrating that the two years of sanctions since 2017 had caused an acute shortage of medicine in the country, to which more than 40,000 excess deaths were directly attributable. Another 300,000 people were put at risk, including people with HIV, cancer, diabetes, hypertension, and who require dialysis treatments. That was before the COVID-19 pandemic began.

In April 2020, just days after the World Health Organization declared a global pandemic, Pope Francis criticized the effect sanctions would have on fighting the outbreak, saying “these make it difficult for countries on which they have been imposed to provide adequate support to their citizens” and that he hopes “concrete and immediate solutions to be reached that can permit international assistance to a population suffering from the grave political, socio- economic and health situation.” 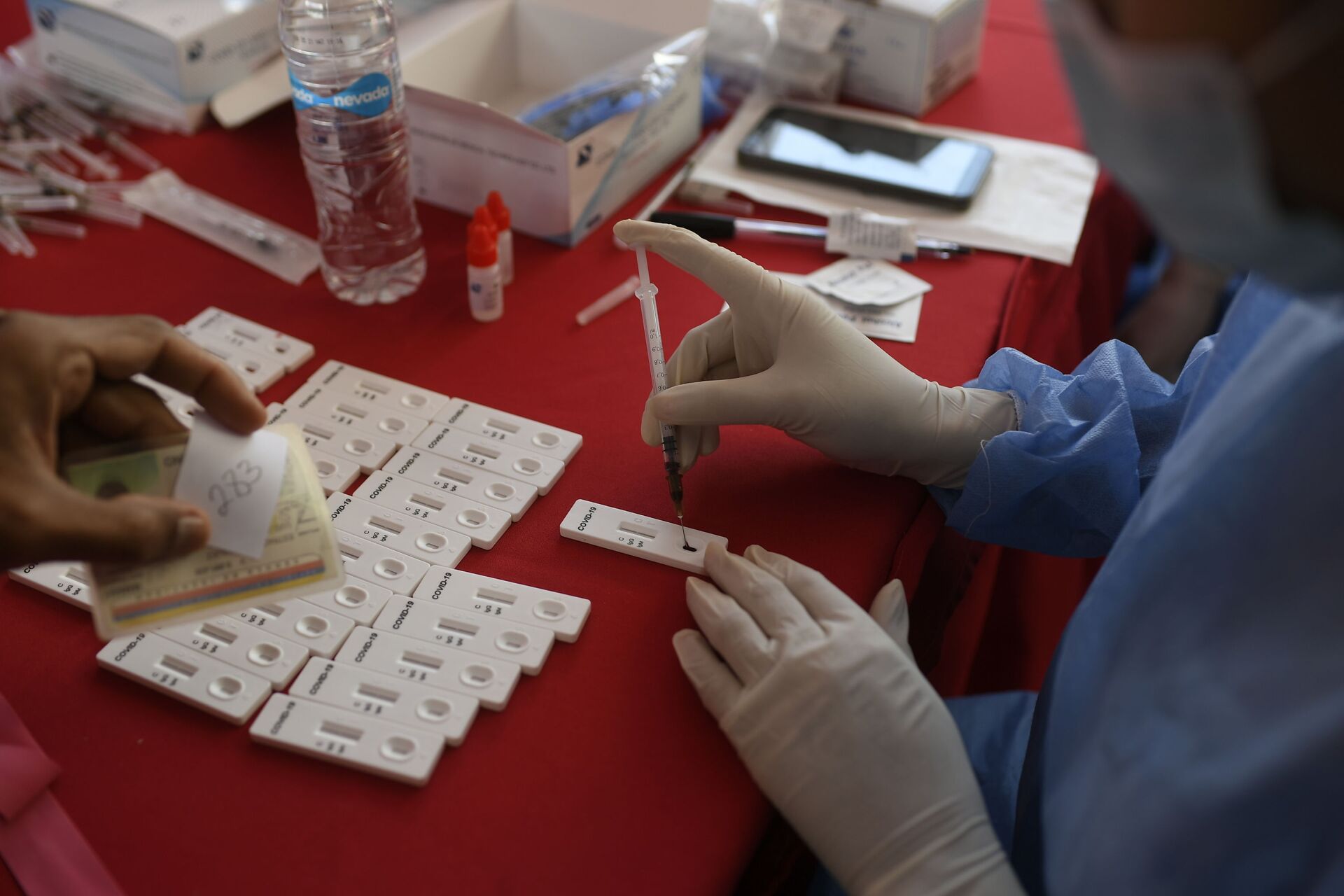 A rapid COVID-19 test is taken for a guest attending the annual address to the nation by Venezuelan President Nicolas Maduro at the National Assembly in Caracas, Venezuela, Tuesday, Jan. 12, 2021.
© AP Photo / Matias Delacroix

As in heavily-sanctioned Iran, Venezuela has faced chronic shortages of basic medical goods that have been partially alleviated by solidarity shipments from China and Russia, but continue to cause major problems in the country's medical facilities. Thanks to rigorous social measures, including extensive COVID-19 testing and the suspension of rents and evictions to facilitate better adherence to social shutdowns, Venezuela has generally fared better than many of its neighbors in terms of the size of the outbreak. They have been able to send aid to Manaus, in Brazil’s neighboring Amazonas state, where three quarters of the population of 2.2 million have been infected with COVID-19 in a catastrophic outbreak.

Still, according to data collected by the Johns Hopkins University, there have been more than 131,000 cases and 1,253 deaths from the illness in the country. Now, they are set to receive vaccines from Russia, China, and Cuba, even though Guaido has attempted to stop Caracas from buying the medicine.