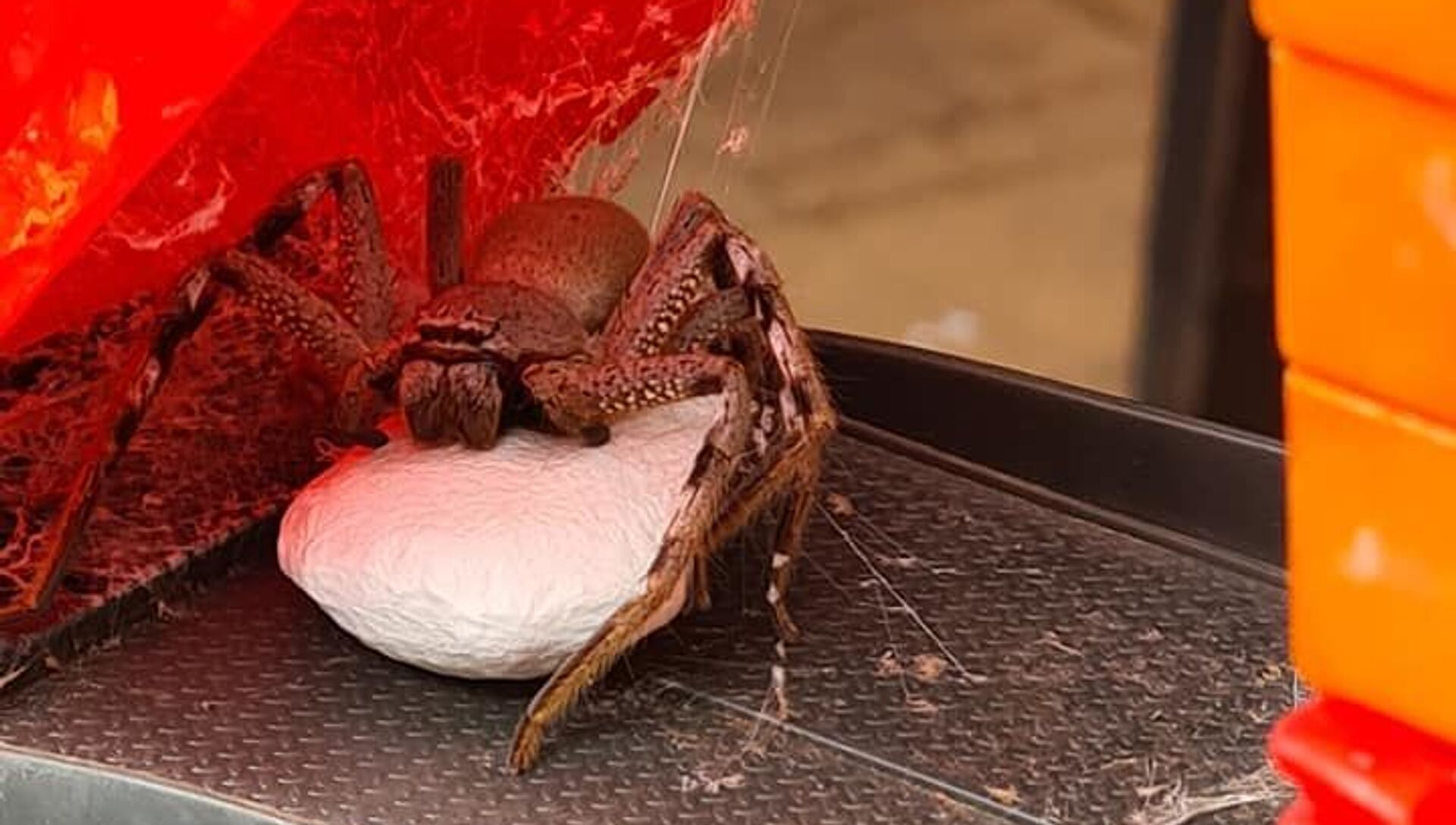 Henry Batyaev
All materialsWrite to the author
Australia has earned a reputation for being the 'Land of Nope' thanks to its diverse and quite often horrifying fauna that, at times, find their way into people's homes.

A woman from the Australian island state of Tasmania has shared blood-freezing pictures on her Facebook showing an enormous spider guarding its egg sac. 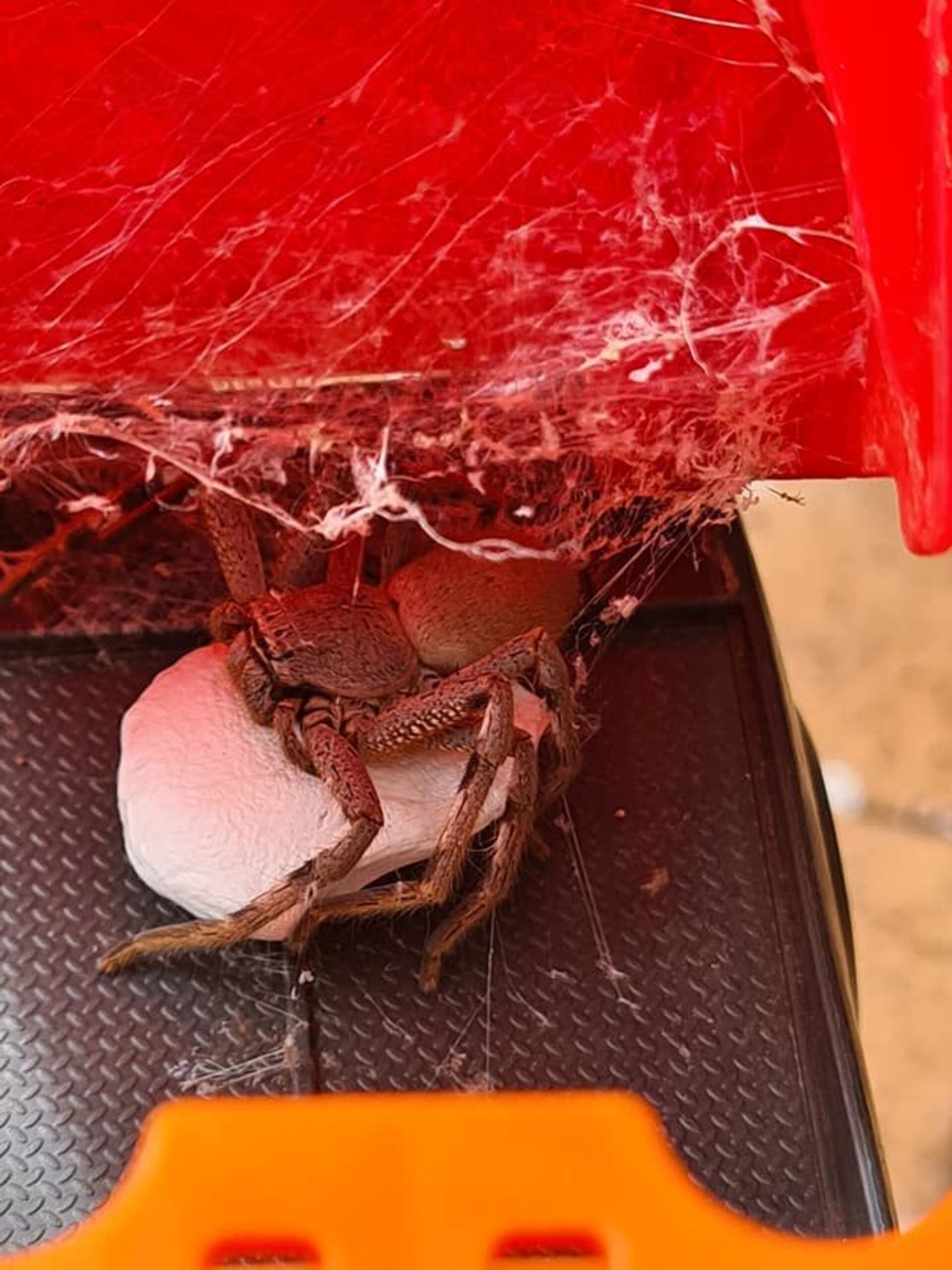 Thorpe said the arachnid took shelter in her nephew's toy truck. Members of the public group identified the spider as a huntsman.

According to Australian Museum's website, the female of the species produce an egg sac in which they could lay up to 200 eggs. They guard the sac for about three weeks and can become very aggressive, so it is advisable not to disturb them if you want to avoid being attacked.