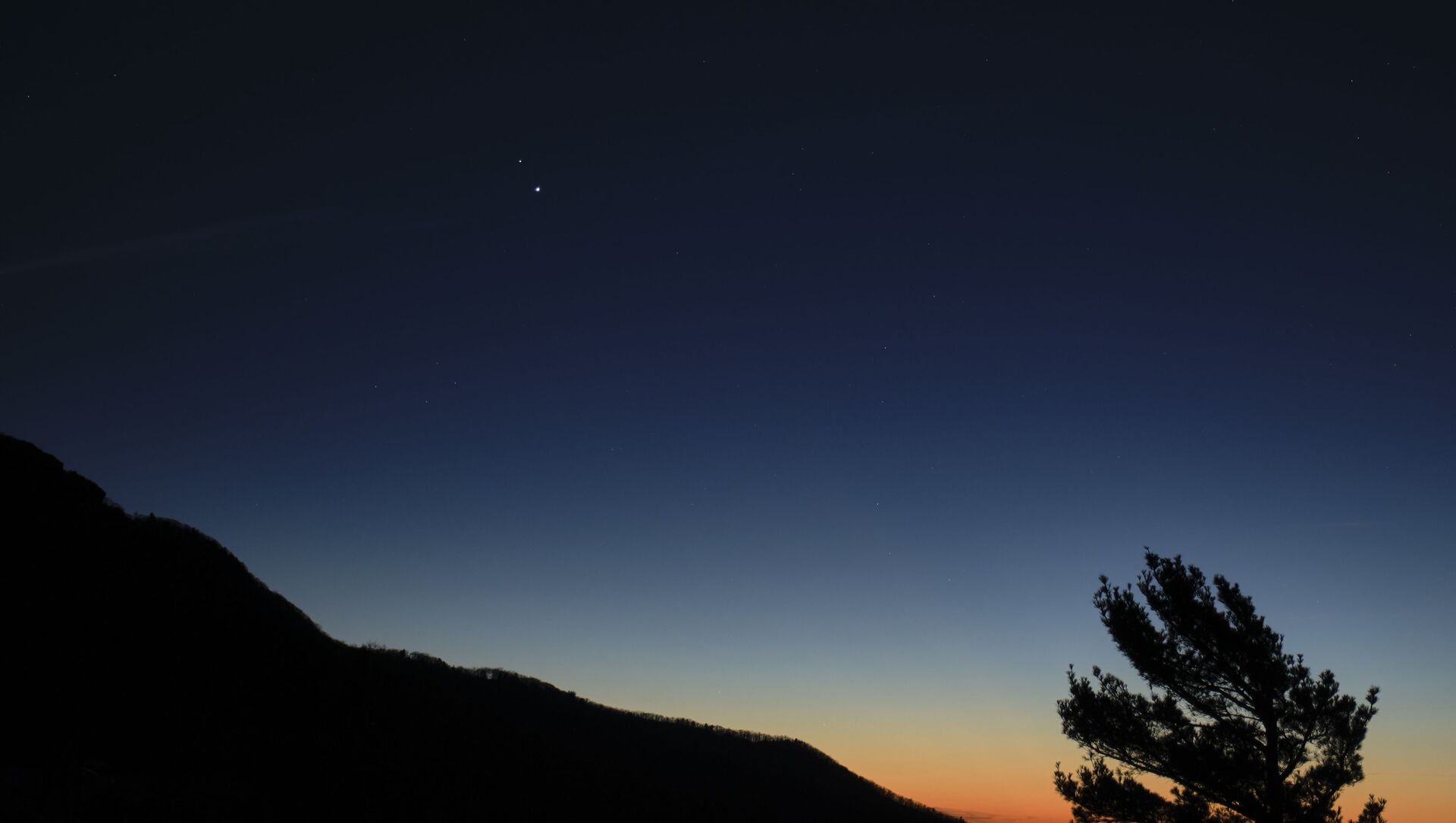 The two celestial bodies, also considered the brightest planets in the sky, are expected to approach each other in a spectacular conjunction.

Sputnik welcomes you to join us in watching a rare planetary gathering as Venus and Jupiter will appear the closest as seen in the sky.

According to astronomists, a conjunction occurs when two or more space objects line up and appear to be close together in the sky. This happens because objects have the same right ascension on the sky's dome.

The last time the two planets "met" each other was in 2016, and scientists only expect another encounter to occur in 2065. It appears the forces drawing the planets together is too unpredictable.